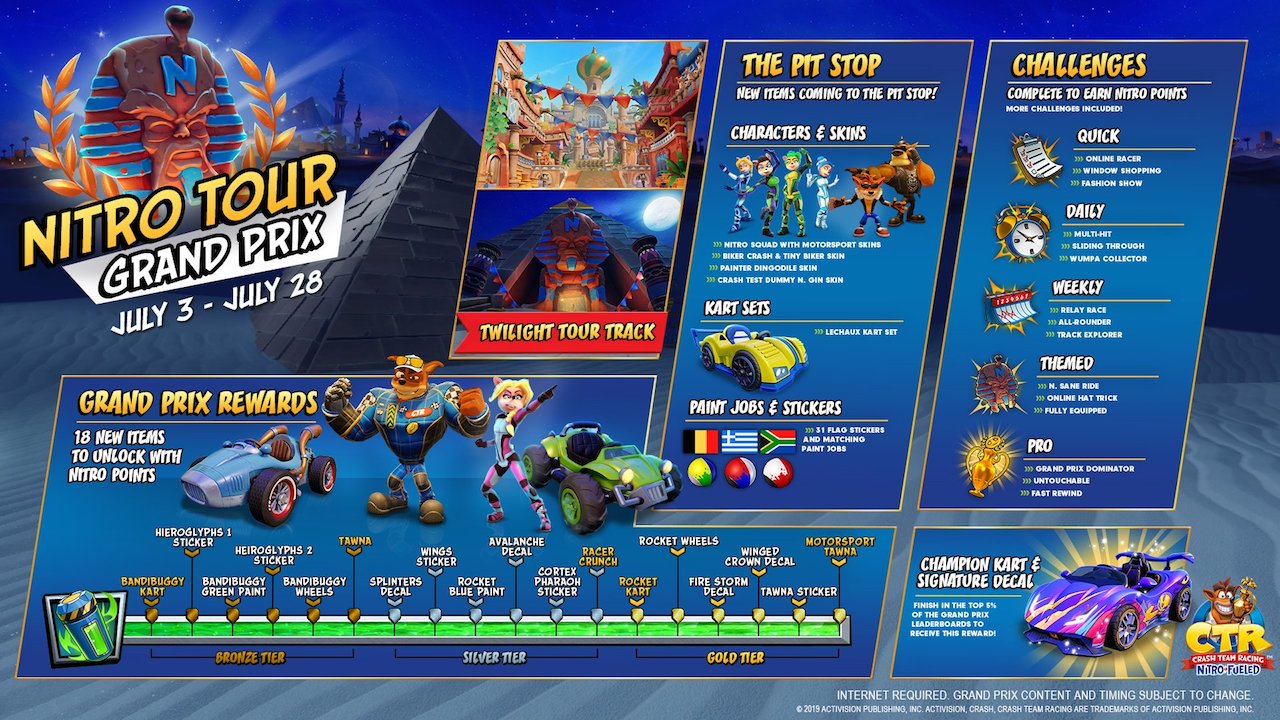 If you are anything like me, you’ve been playing a bunch of, Crash Team Racing – Nitro Fueled, lately. Honestly, can’t say I’d blame you. It revitalized the series in a meaningful way, and I’m all aboard the hype train for future content. Luckily, we don’t have to wait at all, as today the first Grand Prix went live, despite it launching with a bunch of content already.

For starters, the Grand Prix will be a series of post-launch seasonal events and challenges, available to anyone who has purchased this game with an internet connection. Personally, I’m thrilled at the concept of Crash Team Racing getting a bunch of post-launch support. “Nitro Tour” is the first Grand Prix season, which kicked off on 12:00 AM GMT, July 3 (5:00 PM PDT, July 2).

One of the major additions with this particular Grand Prix is: Players will be able to roll up to the starting line of an all-new track called Twilight Tour.

Another awesome addition is the character, Tawna Bandicoot, which players can now unlock as a Grand Prix reward. Whilst there are plenty of awesome characters already available, I can assure you Tawna is a welcome addition.

Not only are we receiving Tawna Bandicoot, though, as the ‘trophy girls’ nitro squad is back – making a total of five DLC characters added in “Nitro Tour”. The Nitro Squad consists of Isabella, Liz, Megumi, and Ami.