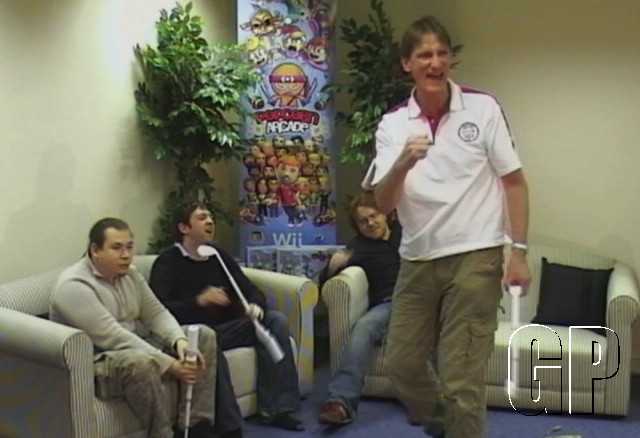 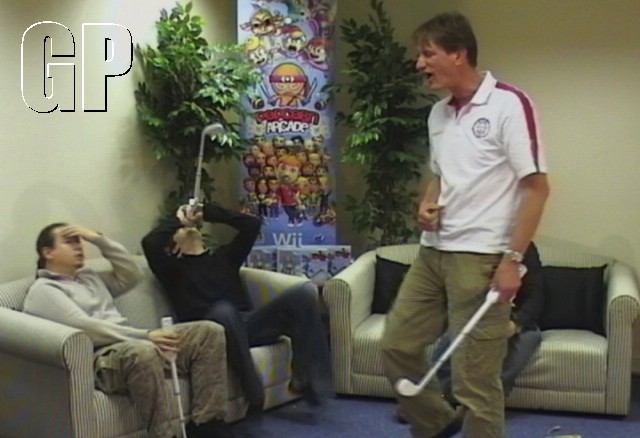 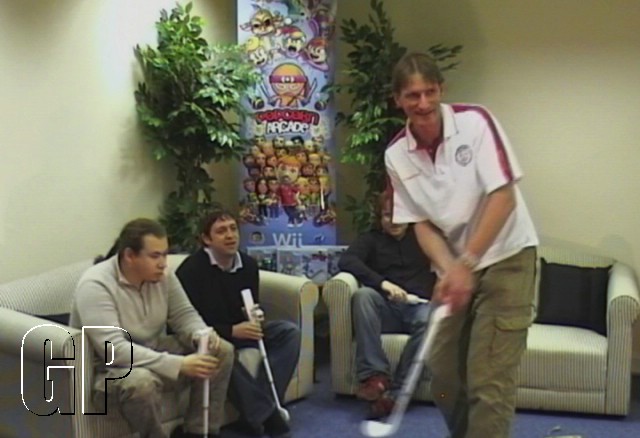 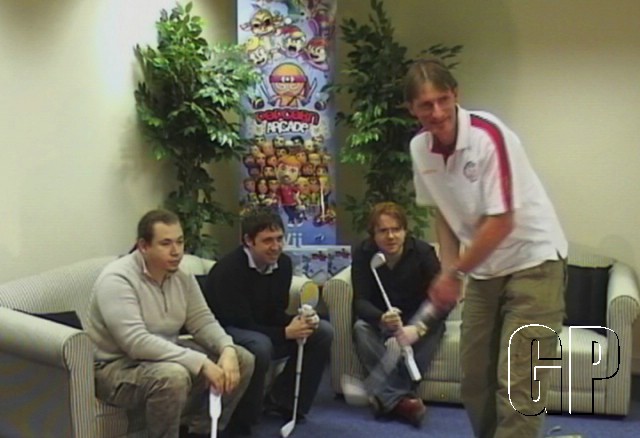 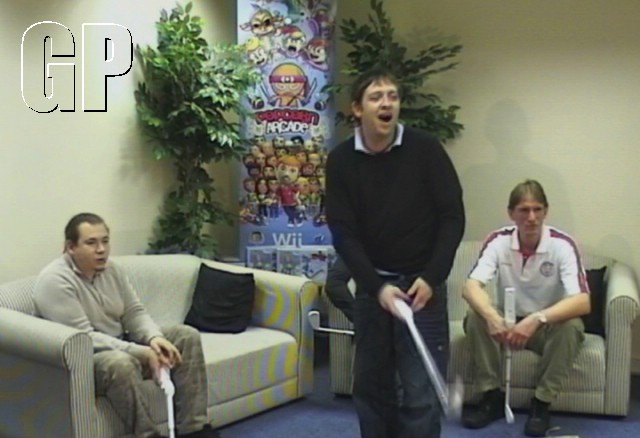 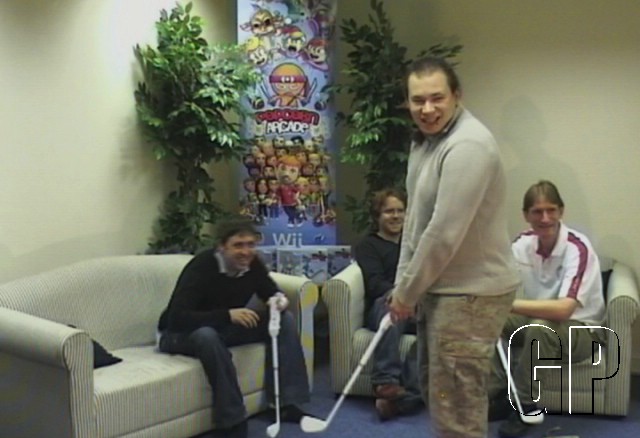 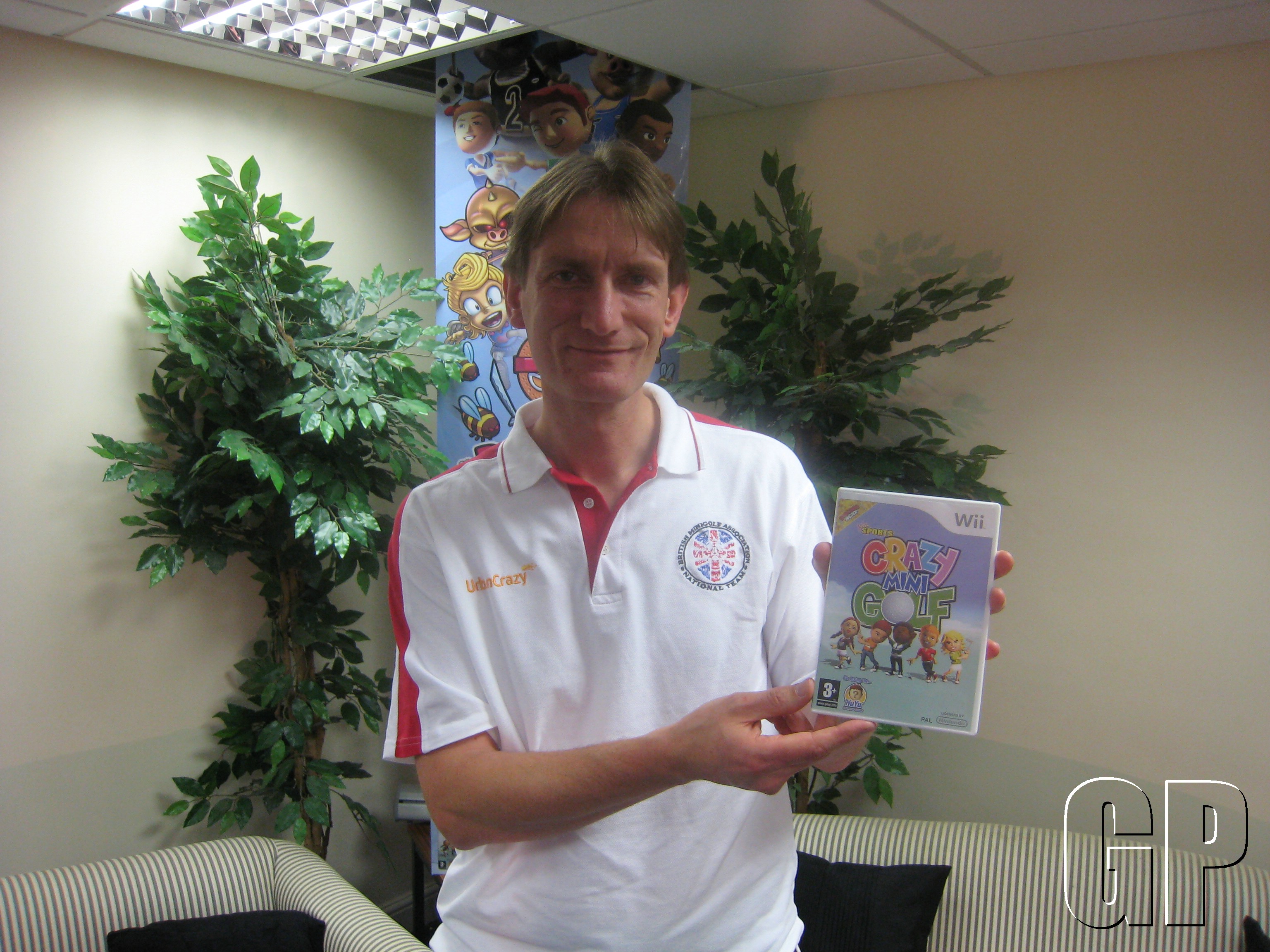 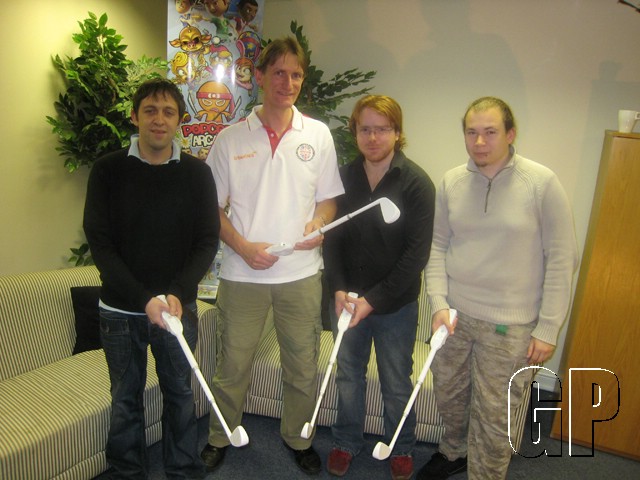 Stourbridge, England, 20th November 2008. Crazy Mini Golf is more than just seaside fun and games on a rainy day, it’s actually an international sport, which we British excel at! Chris Harding – the current British Champion and 2007 World title holder – regularly tours the world with his putter in hand, taking on all contenders. This week, he took time out of his busy schedule to visit the Data Design Interactive development studio where he put his skills to the test in a game of “Kidz Sports – Crazy Mini Golf”. “Kidz Sports – Crazy Mini Golf” is available on Nintendo Wii.

I knew from the start that quite a lot was at stake, this was going to be a serious game. The lads had beer and pizza on the table, and were egging each other on. It’s about reputations and I wasn’t going to go down without a fight, and I have to say this is a brilliant game – I had a fantastic time, I haven’t laughed so much in ages. True, this doesn’t capture the feel of a real game where you have to put up with wind, rain and sometimes snow, but there is (as in golf) serious science in this game; positioning, speed and angle are all there, plus the most important part – the fun…

Data Design Interactive – a successful video games publisher and games developer, are pleased to announce that the street date and price structure for their Nintendo Wii game entitled ‘Kidz Sports – Crazy Mini Golf’ to be released on their Popcorn Arcade label, available in two format: standalone version £19,99 or bundle pack with putter peripheral £24,99.

Kidz Sports – Crazy Mini Golf’ offers players 72 crazy holes set over 4 wacky courses… Have fun and a lot of laughs creating customised Kidz Sports versions of you and your friends to play in game as DDI roll out the first title using their all new ‘NuYu’ character editor. In multiplayer modes your opponents will also appear in game and can cheer or taunt your play on the green.

DDI also recognise that mini golfing is fun and in case your non- golfing auntie also wants to play, `Kids Sports Crazy Mini Golf` also has a simpler, arcade style fast-play mode. Play 9 or 18 holes, multiplayer with friends, or solo and try to beat your best, or the world’s best scores for each hole. Lots of challenges and lots of fun.

Take your putting to the next level with Kidz Sports: Crazy Mini Golf.

DDI’s brand new NuYu editor lets you put yourself in the game by creating customisable characters that fit your personality. You can then use those characters in compatible NuYu games and even save them to your Wii Remote to take to a friend’s house.

About NuYu?
A NuYu (pronounced New-You) is a customisable player character editor exclusive for the Popcorn Arcade Wii range. NuYu’s are customisable and allow the user to capture a likeness, caricature or personality of themselves and others.
After specifying a gender for the NuYu, the user can alter the shape of the NuYu’s head, its eyes, hair, eyebrows, nose, and mouth. In addition, the creator can give the NuYu glasses or facial hair as he/she desires, or give the face wrinkles, makeup or rosey cheeks. You can also add glasses and other fun accessories.

Many of the features can be fine-tuned by adjusting their size, position, and rotation to the center of the NuYu’s face. . NuYu’s are intended to be an extension of the player, and in keeping with the Popcorn Arcade spirit of ‘Family Family Fun’, the user will be able to use their NuYu’s in future Data Design titles for the Wii.