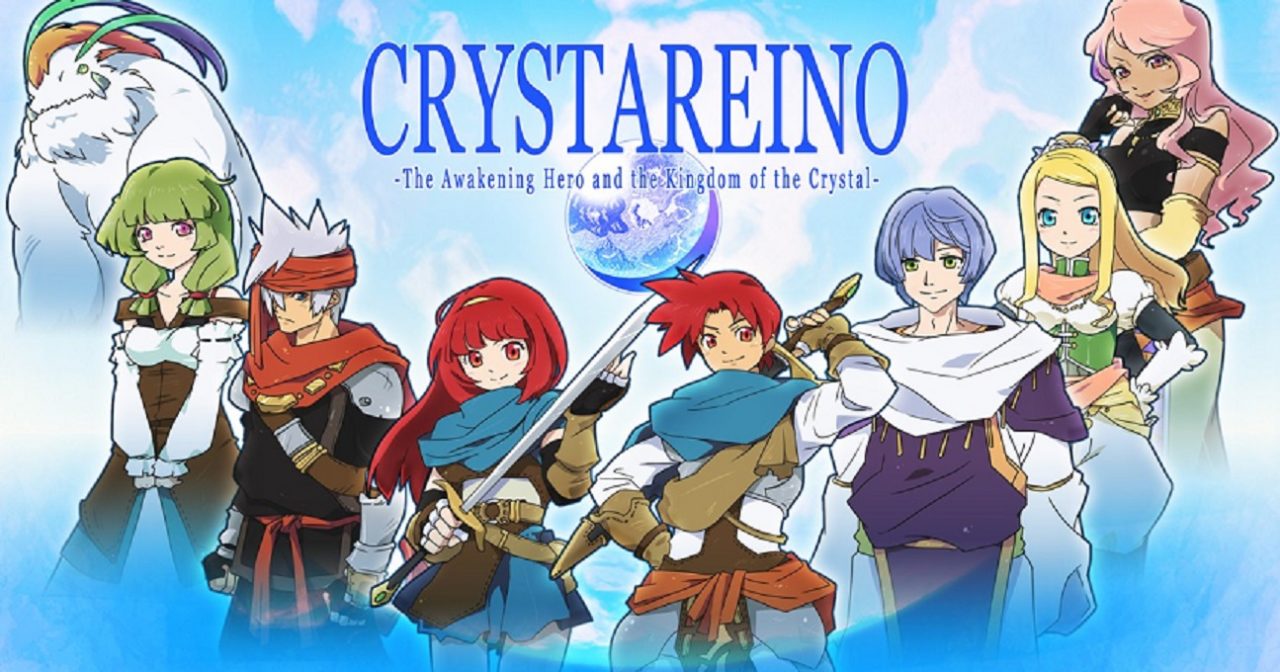 KEMCO has been porting a fair amount of its mobile library to the 3DS. Most recently it ported Crystareino, previously released in 2014 from developer Hit-point. Let’s see how Crystareino stacks up to other RPG’s on one the 3DS.

You start out as the protagonist (which you get to name and also choose their gender) who is training with a sacred beast named Eppol. Together they are summoned out of their home to the kingdom of Rodwaal. The king of Rodwaal is hoping that the newly summoned hero will help him fight and destroy the Demon King Geist. Eppol and our hero are more interested in getting back home because they have their own kingdom to save from destruction. The characters in the game are quite interesting and there are several that add more depth to the storyline. Other characters can be found in almost every town and can be added temporarily to the party. The grand total of characters in the party, including the protagonist, is four. However, characters that have been used in previous towns can be called upon to use again in the town’s tavern. Each of these side characters have their own set of skills that might be needed at any given time so it is always a good idea to try to find as many as possible. Characters like Stacia offer more of a story-driven ally in which there is more of a background story behind them. Dungeon maps are like many of KEMCO’s games: fairly short and easy to navigate. Interestingly enough, items on the map are marked in a yellow square so you don’t have to go searching around looking for hidden items. On the positive side, not having to search for items saves you from having to explore every inch of the map looking for a hidden treasure chest. On the negative side, it feels like the game is missing the element of exploration.

The battle system is what you would expect of an RPG of this style with turn-based combat. You select the attack or spell, then players attack according to their speed. Players can also combine attacks with other party members causing more damage than a normal attack. During the turn-based attacks, the protagonist has a “brave burst” gauge. When this gauge is full, players can then choose this to attack with a special extra powerful ability.

Character development is a key part of mastering the game, with over 20 types of classes to master. Mastering them all allows for the strongest character possible. Players can choose classes at churches that allow for the mastering of many different skills. Crystareino is overall an enjoyable game that runs well on the system and is not too difficult. However, it really does not offer a “must-have experience for yourself” element in the game. It seems to boil down to a decent RPG that many people of the genre may enjoy. Gamers looking for a more story or character driven game may want to pass on the title. When compared to the vast library of 3DS RPGs it fails to reach the top of the list.