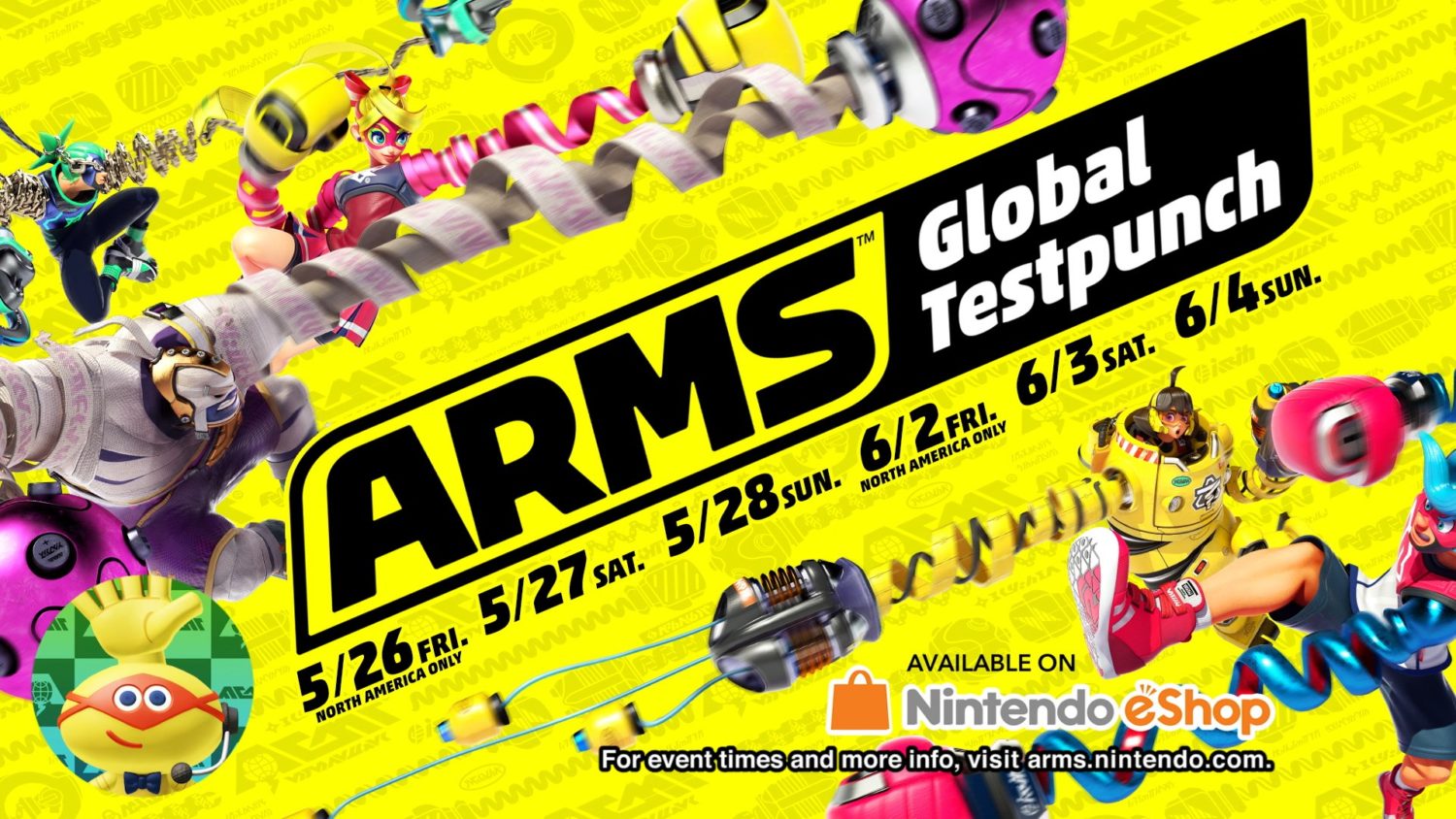 As part of Nintendo’s latest Direct that focused on ARMS, a Global “TestPunch” Demo was announced that will allow Switch owners a chance to try the game early. The demo is available on the eShop now to pre-load, and the handy graphic below lists the times the demo will be live to try. 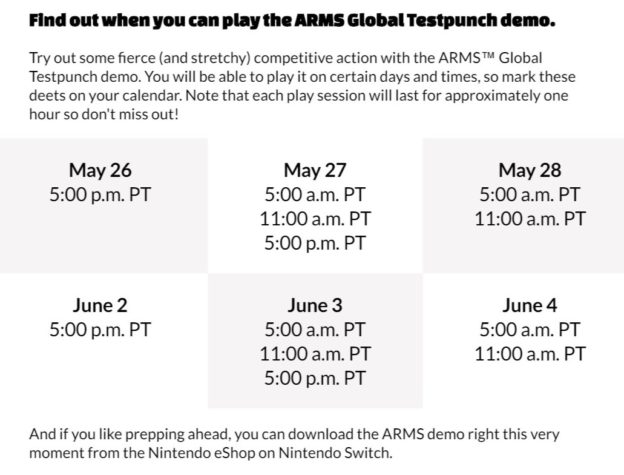 Much like the Splatoon Global TestFire events, anyone who launches the demo at the specified times will have one hour to check out ARMS for themselves.

Will you be participating in the event? Do you think following the same demo model that Splatoon used is a good idea? Let us know what you think in a comment below!