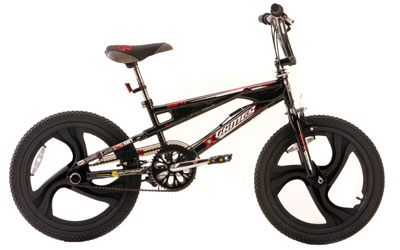 Codename Revolution is reporting an exclusive about a Dave Mirra BMX game coming to the Wii and also a sword attachment for the Wii. Here’s their word on it:

Following an update through my distributor contact, Dave Mirra BMX Challenge is listed down for the Wii and is scheduled to be released in Q3 of 2007. The game will be published by Crave Entertainment and should retail at around $39.99 USD.

Also, Intec has a “Sword” accessory attachment being manufactured for an April release.

Sounds pretty cool to me—especially the sword attachment :) I’ll keep an out for any confirmation later down the road.