Day and Night will arrive on Nintendo Switch October 22nd

Day and Night will arrive on Nintendo Switch October 22nd

Fall day and fall of the night.

You’ve surely played 2D falling-block games such as Tetris 99 during the day and during the night, but you’ve never played one quite like Day and Night. Coming October 22nd from indie studio Ridiculous Games, Day and Night is a Nintendo Switch exclusive that changes up the classic gameplay with a new mechanic for single and multiplayer action.

Ridiculous Gaming CEO Jeremy Airey describes the mechanic like this: “Players share a split screen and must stack and combine matching blocks in groups of four or more to remove them. So far, so normal, but in Day and Night the two sides of the screen are presented as either time state, with day and night blocks spawning for both players. As players can only collect blocks that match their time state, the core game becomes a dual challenge, with players focusing on collecting their active time-matching blocks while managing an ever-growing number of inactive blocks.”

In other words, you not only have to manage the blocks you can remove from the game board, but you also have to figure out what to do with the blocks that can’t be removed so that, when their time comes,  they’re set to go away as well. 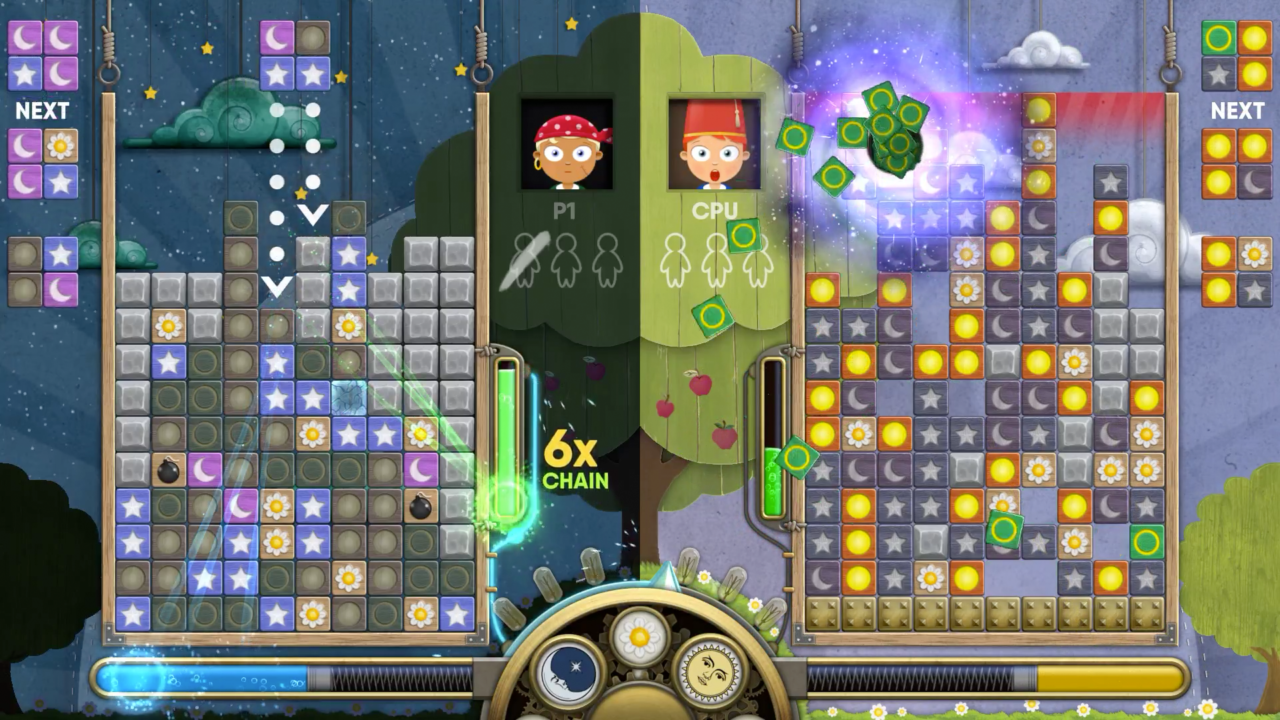 Airy continues, “Collecting blocks clears your screen and also builds your time meter. Fill the meter and switch the time of day for both players. Suddenly, blocks that were active a moment ago turn off and inactive blocks turn on and if you plan ahead this lets you collect large amounts of blocks in a flash, building up combo points while dropping blocks on your opponent!”

Confused? It’s actually pretty simple to grasp, as seen in the game trailer above. You’ve just got to think ahead with the inactive blocks while also making sure to clear immediate space with the currently active blocks.

Day and Night will offer several game modes and features:

Day and Night allows two players to share the same screen as they battle head-to-head in Versus mode. Survival and Challenge game modes allow for on-the-go playing. Players can dock their Nintendo Switch and experience the game using TV mode and for that old-school feel, players can transform their Nintendo Switch to competitive tabletop mode, sharing the Joy-Con controllers.

Day and Night will launch on October 22nd, 2019, and is available now for pre-order in the Nintendo eShop at the discounted price of $14.99.