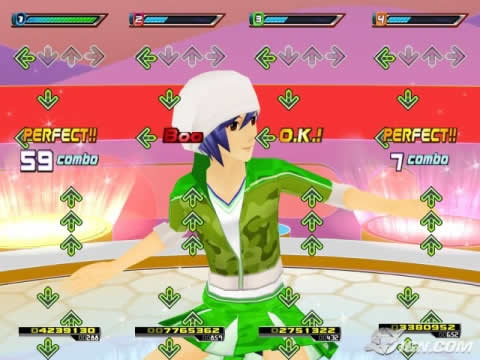 The popular dance franchise Dance Dance Revolution is on its way to the Wii in the form of ‘DDR Hottest Party’. Konami will be bringing DDR Hottest Party to a Wii near you this year. Also, the game supports previous DDR pads like the Mario DDR pad that some Gamecube owners might have. Here are some impressions from IGN:

As for the actual motion control, the game’s arrow design now includes an icon that looks similar to a Wii-mote/nunchuk next to each other. When the icon raises to the top of the screen, players could gesture with either the nunchuk or the Wii remote to input the action.

The game is still in the early stages and could include some more gameplay enhancements.