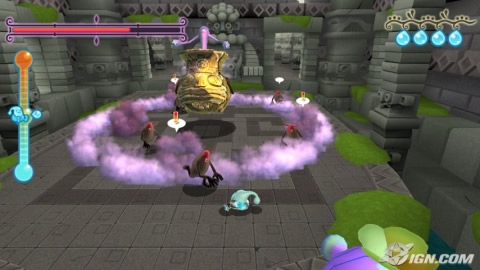 This is a follow-up on the previous story about Dewy’s Adventure. IGN has posted up an interview with the game’s creator. Tons of details on the game as well as some other interesting tidbits on multiplayer and Wii’s capabilities. Here’s an excerpt on Wii’s support of normal mapping:

IGN Wii: This may be the first game that we have seen with normal mapping. We weren’t really sure if the Wii supported it.

Mukaitoge: Really? We used normal mapping for some of the bosses in the game. If you look closely at the trailer, you can see normal mapping on the boss character at the end.

Sounds great to me. I’m very interested in this one almost immediately.