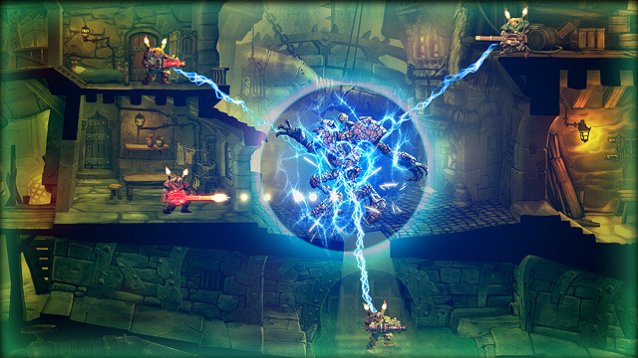 This enticing-looking run’ n ‘gun sees you move from left to right to fight off hordes of orcs to take back the steampunk-like land of Ravensdale. There are missions to complete, like sabotage, rescue, or assassination, which involves taking on fierce bosses or reaching a goal within a time limit.

There are plenty of hazards – e.g. pits of oil, mined areas, fire hazards – and you can trick your enemies into falling into them.

There is also a big emphasis on cooperation, with well-connected play rewarded with a megaweapon.

Black Forest Games, as the team behind Giana Sisters Twisted Dreams, had crowdsourcing success with that game in 2012, however failed to get funding last year with their second Kickstarter pitch, Project Ravensdale.

Check out the trailer below, or more information on the DieselStörmers Kickstarter page, and let us know if you’re looking forward to playing this on the Wii U.