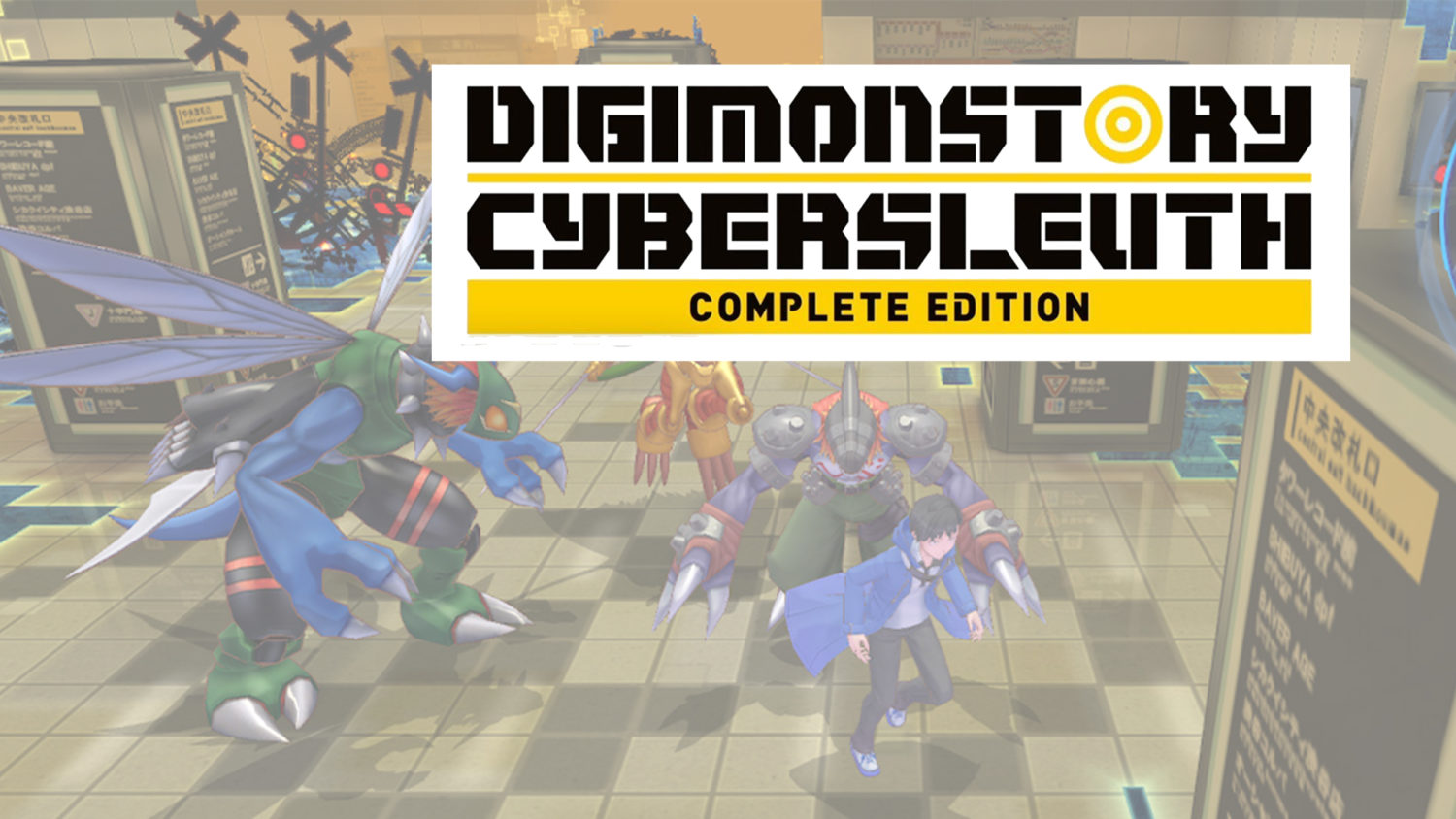 Pity, poor Digimon, having to play second fiddle to the other adorable and collectible creatures. But even more disheartening is that in the latest entry, Digimon aren’t even the star of a game bearing their name. 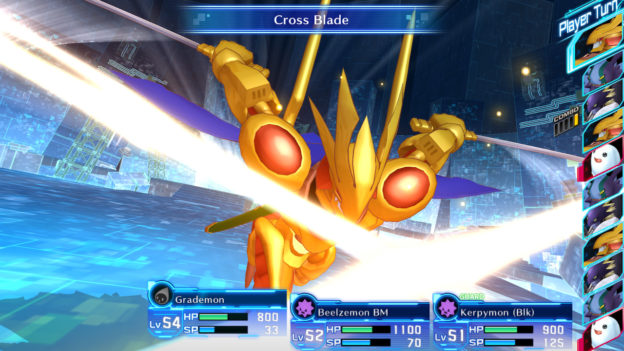 Digimon Cyber Sleuth is two games in one, both taking place in the same universe. Here, average hackers hop online and make friends with digital creatures, which they use in competitive battles or to commit or solve crimes. Both games star a plucky protagonist who is also an amateur hacker.

There’s a story somewhere in there. I think something involving a sick teenager and a mad scientist bent on world domination. To be honest, after a fashion, I simply couldn’t bring myself to read the dialogue between characters because there was enough to fill a book. And not a particularly good book either. And would you believe it, none of it is skippable. In fact, after starting a new game in Hacker’s Memory, it took a good half hour before I even saw a Digimon.

I came to raise and battle Digital Monsters, not sit through the dialogue between angsty anime teens. Almost all of the story elements are tangential, without even a whiff of Digimon. However, there are plenty of Digimon in Cyber Sleuth to battle and raise.

Yes, if you survive the slog, you get to raise and battle Digimon, not unlike the way they’re raised in Digimon World DS and Digimon World: Dawn and Dusk. You pick between starter Digimon to begin, but from there, there’s a massive catalogue of available Digimon to collect. Once you’ve encountered a certain ‘mon enough times, you can revive them via the Digi Lab and add them to your team.

From there, you train them, and watch them Digivolve through a myriad of branching paths that offer much more variety than Pokémon ever did. Plus, you can even raise Digimon passively using the Digi Farm, where monsters are happy to grow without you. It is advised you check in on them every once in a while.

The battles are plentiful, both between wild Digimon and less-than-friendly hackers. There are even makeshift Battle Royales between hacker teams, which are half Digimon Battle, half game of chess. All which takes place in a gorgeous, albeit shallow world. The metropolis your hacker lives in is sprawling, colorful, and futuristic looking, which smacks of Akihabara. It’s big and pretty, but there’s not much to do besides talk to NPCs or shop for items. 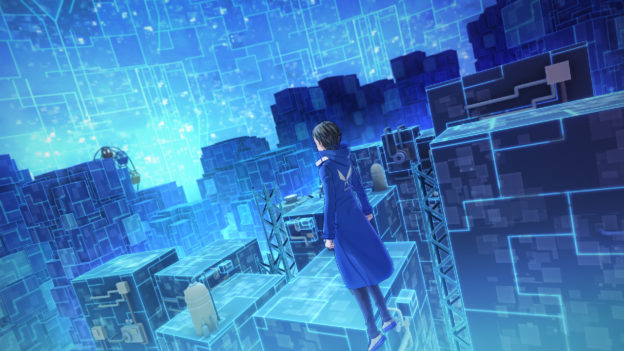 Worst still, is the annoying fetch quests. If you’re looking for the “Cyber Sleuth” half of this game to encompass a great detective adventure, you’ll be pretty annoyed when it’s nothing but a series of menial fetch quests. But the Digimon–oh, the glorious Digimon! Raising them, watching them grow, and tapping into their powers scratches an itch for a much-overdue title. Especially on a Nintendo console.

Digimon Cyber Sleuth comprises of two nearly perfect Digimon game experiences, but unfortunately, they’re smack dab in the middle of an experiment in the franchise that feels much more like a chore than a game. When you’re finding, raising, and battling Digimon, you’ll be in heaven. But the insane amount of unskip-able dialogue and shallow “mystery-solving” gameplay is enough to turn off even the most dedicated fan.