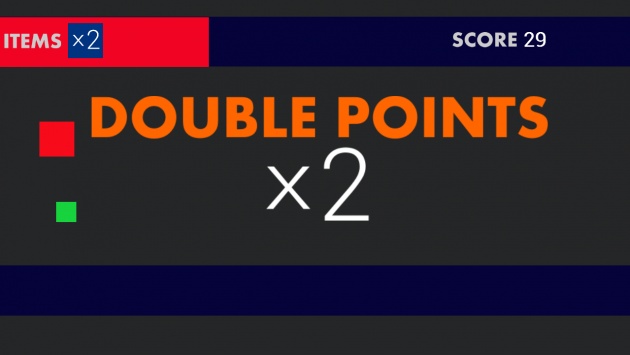 Don’t Touch Anything Red coming to Wii U eShop

Helix Games has announced the aptly-named autorunner Don’t Touch Anything Red for to Wii U. The title is planned for a budget-priced release this July.

In the fast-paced game, players will be kept busy dodging red-colored obstacles by jumping and controlling the direction of gravity. The idea is to survive as long as possible.

There’s a lot on offer including off TV play, versus and co-op modes, two single player modes, and even a multiplayer mode for up to five players. This is only made possible thanks to the Wii U’s GamePad, with four players using Wii Remotes or Wii U Pro Controllers and the fifth player on the GamePad.

Motion controls can be used to change the direction of gravity but you can also opt for more traditional controls by using buttons only.

The multiple modes and features could make this a deeper game than the simple first impression implies. Adding further to the old-school vibe is music from chiptune artist Kubbi.

Check out the trailer below – you can even try the demo in your browser – and let us know if this is something you’d be interested in playing in July.