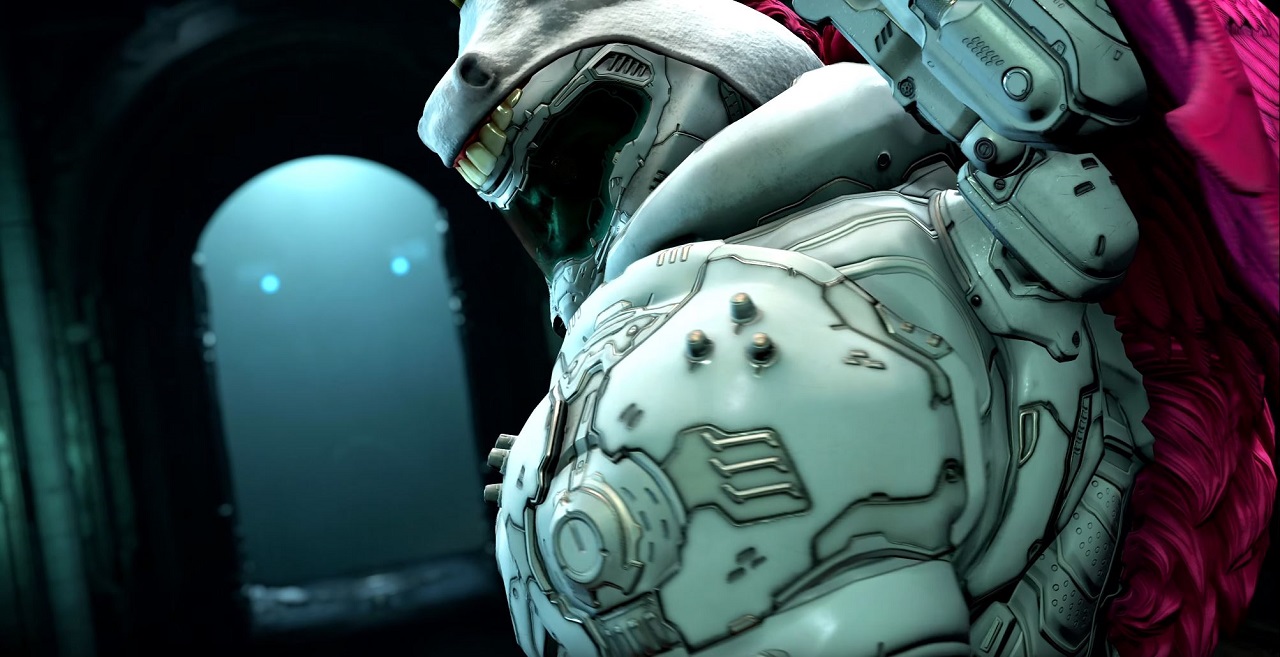 The sequel to the heavily acclaimed Doom (2016), Doom Eternal, has received a new trailer showcasing the various options for personalizing your Doom Slayer. Doom Eternal, being developed by id Software and published by Bethesda Softworks, is set to eventually be released on Nintendo Switch–thanks to the wonderful porting studio Panic Button.

If you aren’t comfortable not knowing an exact date, however, you can look forward to a PlayStation 4, Xbox One, and Windows PC release on March 20th. That being said, most people are probably going to want to reserve that time for the new Animal Crossing game releasing that same day.

No matter which console you plan to be purchasing Doom Eternal for, it is important you sign up for Twitch Prime as soon as possible, and link it with your Bethesda account. That way, you can receive a magical unicorn-themed skin for your Doom Slayer. If you want this Twitch-exclusive skin, you must claim it before April 21st.

Here’s an overview of Doom Eternal:

As the DOOM Slayer, you return to find Earth has suffered a demonic invasion. Raze Hell and discover the Slayer’s origins and his enduring mission to rip and tear…until it is done.

Experience the ultimate combination of speed and power as you battle your way across dimensions with the next leap in push-forward, first-person combat.

Armed with a shoulder-mounted flamethrower, retractable wrist-mounted blade, upgraded guns and mods, and abilities like the Double Dash, you’re faster, stronger, and more versatile than ever.

Take what you need from your enemies: Glory kill for extra health, incinerate for armor, and chainsaw demons to stock up on ammo to become the ultimate demon-slayer.

BATTLE MODE is the new 2 versus 1 multiplayer experience built from the ground up at id Software. A fully-armed DOOM Slayer faces off against two player-controlled demons, duking it in a best-of-five round match of intense first-person combat. BATTLE MODE launches with 6 handcrafted maps and 5 playable demons – the Marauder, Archvile, Revenant, Mancubus and Pain Elemental.