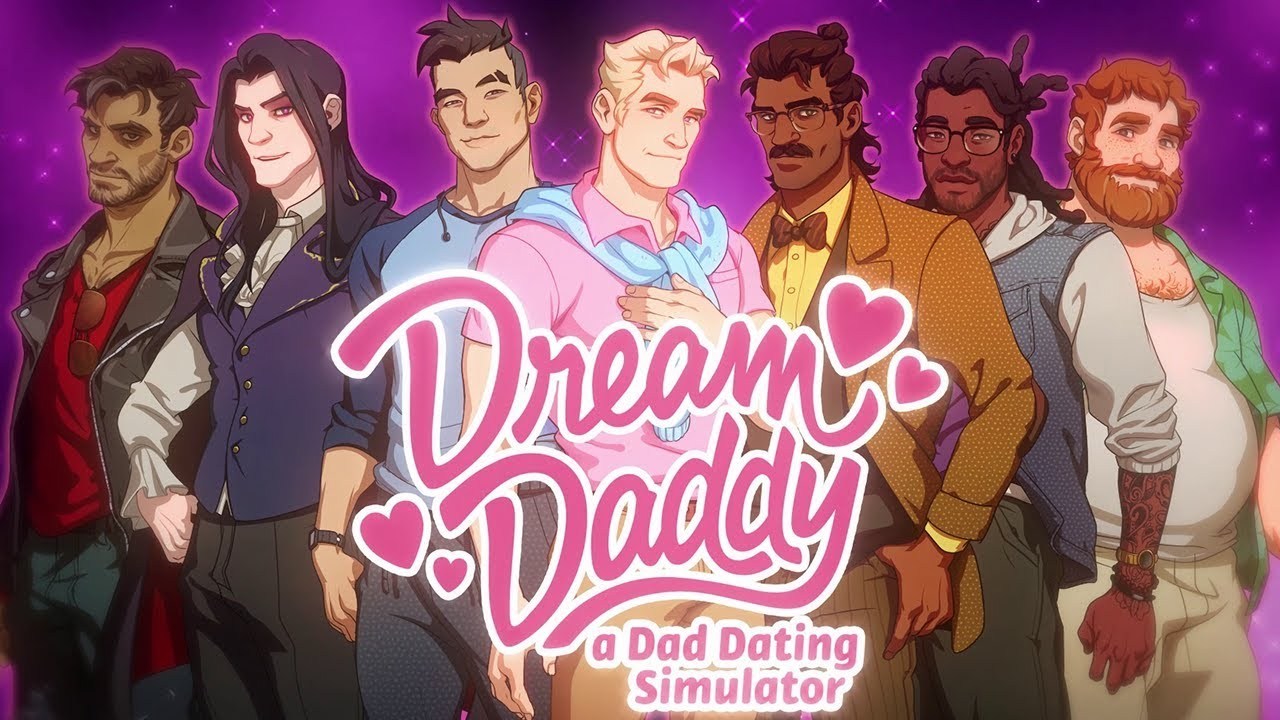 Date the dad of your dreams, and micro-manage the child you never knew you wanted.

Have you ever wanted to find out what parenting is like, without putting in any actual effort? Want to play a game that explores the dating life of other sexualities, rather than just straight? That can be done, here.

As soon as you dip your toes into the actual game, you are met with an empty house (aside from the moving boxes) and your daughter. The story is entirely centered around this major move, and all interactions stem from that — which isn’t entirely a bad thing, here. After choosing between a series of dialogue choices – discussed at more length later in the review – you are greeted with the “Create-A-Dad” screen. 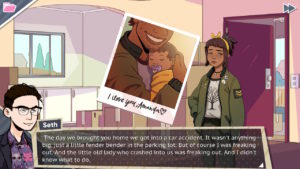 It’s worth noting here, it isn’t anything like what you’d find in The Sims’ create-a-sim – that’s not to say it is bad either, it is just different. From there you can choose from a variety of hairstyles, eyebrows, piercings, nose shapes, and eye shape options. But don’t fret, you aren’t limited to a single color — each come in a variety of both odd and natural options. Another cool feature of “Create-A-Dad” is the clothing system, which allows you to give your dad even more personality. 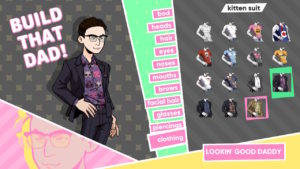 Back to the dialogue choices, the game revolves around making a series of dialogue choices, in addition to interacting with “Dadbook” – discussed at length later. Dialogue is where Dream Daddy: A Dad Dating Simulator shines like no other. Each conversation, not only, feels meaningful but is hilarious as well. The game has the most dad puns I’ve ever seen in my life. And it acknowledges the choices you make, for future interactions, as well. For example, I got the option to choose the name of Mat’s – another dad in the game – banana bread, and he remembered later on in the story, that I had chosen “The Grateful Banana Bread” – a reference/pun to the Grateful Dead (Band).

Gameplay not only consists of making choices but also, browsing “Dadbook” as mentioned previously. Dadbook is a dating app, for dads. On this service, your dad has the opportunity to choose between going out with seven different dads, or all of them at the same time if you so desire. Playing through each will provide different cutscenes, and outcomes, which is where replay value comes in. There is plenty of story and cutscenes to keep the dedicated player busy. That being said, it does lack an incentive to explore all of it, if you aren’t into the story — but that’s a flaw that will only affect a handful of players. 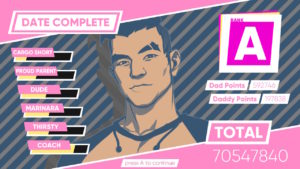 Performance-wise, it runs smoothly and has no hiccups. It feels great, both, in handheld and docked – though I prefer handheld. This game lived up to my dreams – no pun intended – and was everything I wanted from the port. When it comes to the art style, Dream Daddy, doesn’t disappoint. It has a cartoony feel, but it is fitting for this game — and I can’t say I would’ve wanted more. That being said, it is an art style plenty might find repetitive.

It’s also worth mentioning it is only valued at US$15.00, so expectations should be monitored. For what is on offer, it is worthy of its price tag, and will make for a great game on roadtrips.

Personally, I’ve always enjoyed a nice dialogue choice-based storytelling game, on the road! Another thing worth mentioning is: Many can find enjoyment in Dream Daddy, no matter the sexuality you possess — though depending on it, one might enjoy such more. Hence my scoring, as a genre enthusiast. I haven’t played a meaningful dialogue selection game in awhile, so this was a refreshing change in pace.

As always, if you have any comments or questions about Dream Daddy: A Dad Dating Simulator, let us know on our social media pages or in the comments below. We’d love to discuss! We’ll also try to keep you updated on all Dream Daddy related news on Switch, like-wise, our previous news article on it.

Personally, I’ve always enjoyed a nice dialogue choice-based storytelling game, on the road! Another thing worth mentioning is: Many can find enjoyment in Dream Daddy, no matter the sexuality you possess — though depending on it, one might enjoy such more. Hence my scoring, as a genre enthusiast. I haven’t played a meaningful dialogue selection game in awhile, so this was a refreshing change in pace.