If “Sayonara Wild Hearts” sounds to you like it’d be a good name for a J-Pop album then you’re very much the target audience for this arcade rhythm game from Annapurna Interactive. I want to be careful about using the term “J-Pop,” however, because Sayonara Wild Hearts is pure visual and aural pop, with or without the “J.”

As you can tell from the trailer embedded above, Sayonara Wild Hearts is a graphical mash-up of ’80s neon city-scapes and the “Just Dance” games. Filled with bright, sparsely detailed characters and items set against more detailed but darker backdrops, the game pops out at you like the subject of a Patrick Nagel painting. 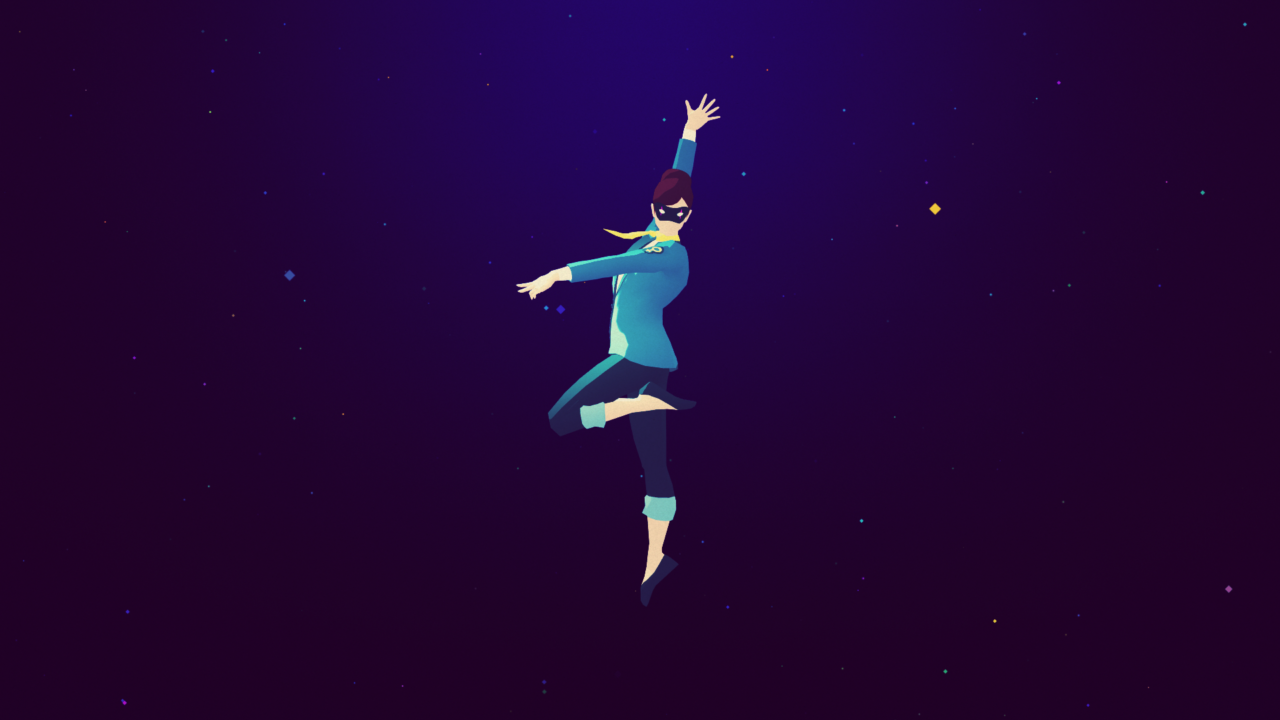 There’s a brief introduction that sets up our heroine (The Fool, as all of the game’s characters are based on Tarot cards) and how she entered this dream-like state, but Sayonara Wild Hearts quickly pushes us into the rhythm-based arcade action. At the start, I was mostly floating through space, of sorts, collecting items to the beat of the music. There wasn’t much tapping involved, I just had to position The Hero in the right spot at the right time. It was fun enough, with the highlight being the dreamy atmosphere created by the visuals and the music. I’m not sure how many worked to put this game together, but they were perfectly in sync. 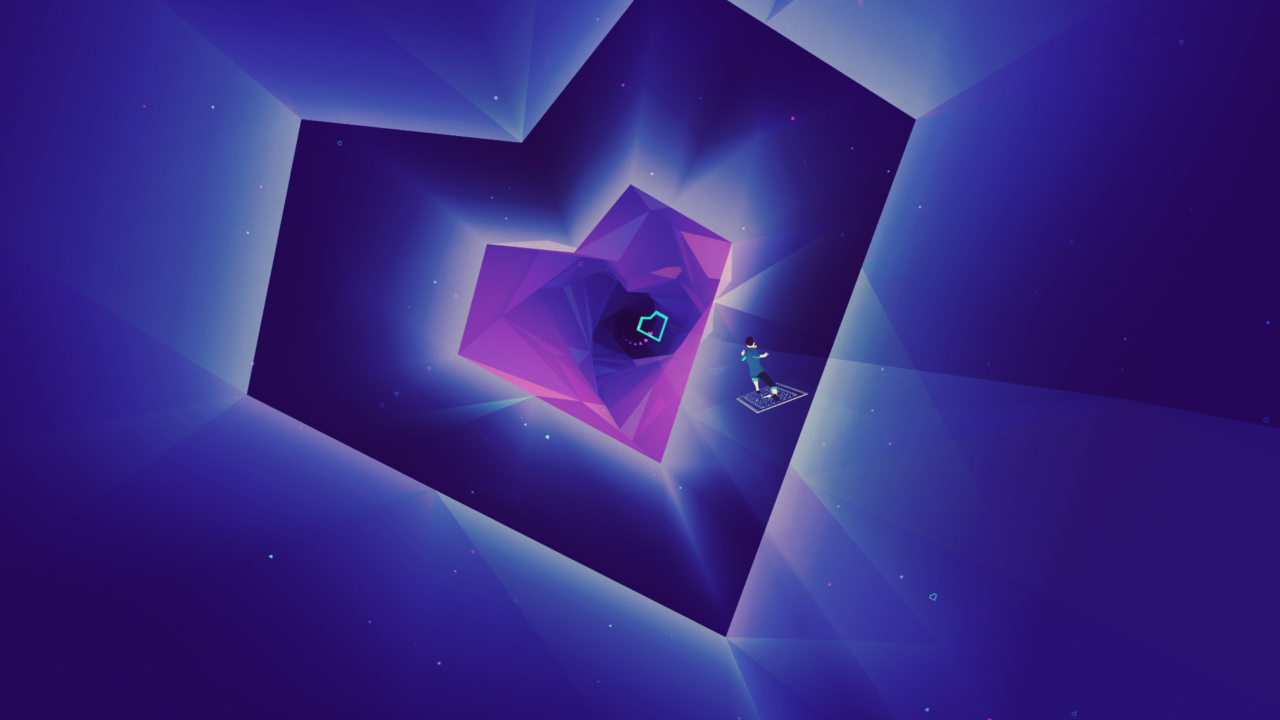 Then, however, I met the Dancing Devils, and the whole game just went bonkers. Over the course of this section (presented as songs on an album) I found myself in a dance-off, multiple motorcycle races, dance-offs on motorcycles, and a few fist fights with hardly a breath between them. 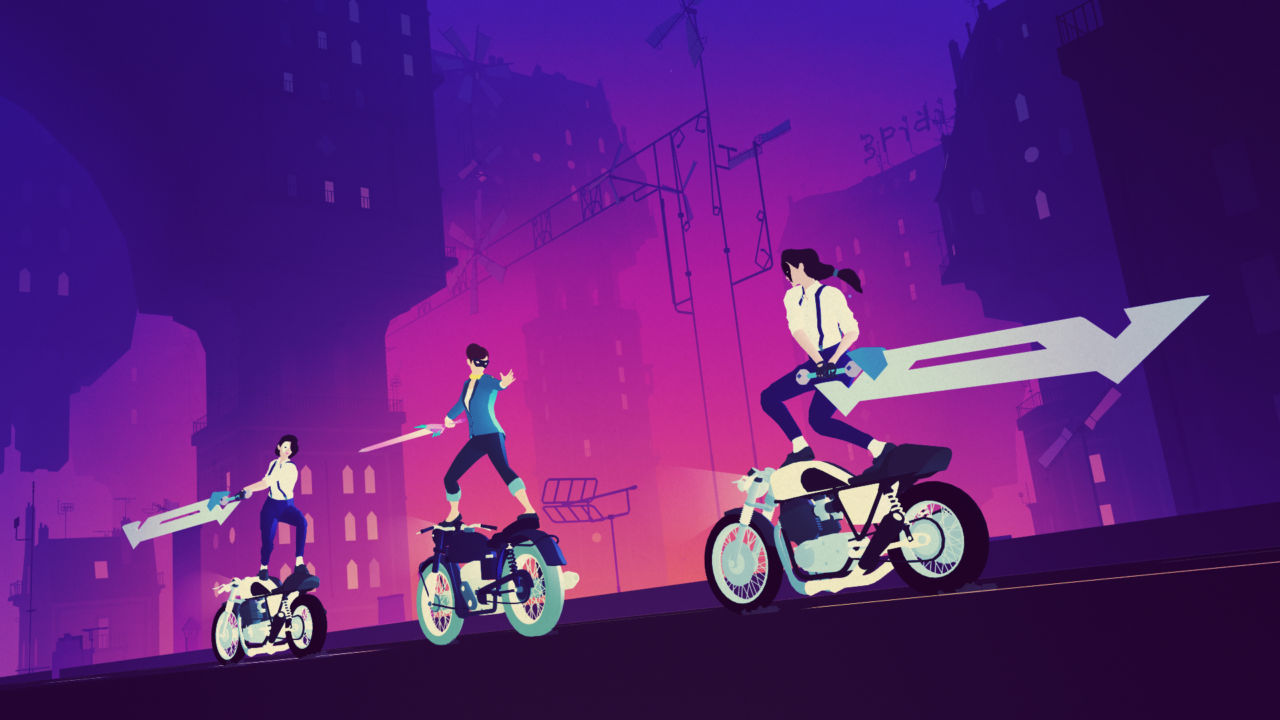 Sayonara Wild Hearts seamlessly drifts from a runner where you must collect items or avoid objects to a rhythm game that has you tapping in sync with the beat. The environment itself changes up quickly, as does the game’s perspective, but with smooth transitions that help you remain focused on the music and the action.

That’s important because the game does get tricky fairly quickly. Although I earned a “silver” ranking on the first level, that was pretty much it for any kind of reward; expect multiple playthroughs if you really want to ace each level. It’s worth noting, however, that the game doesn’t punish you if you mess up. I rammed a few walls during the motorcycle chases and was thankful the developers found it in their wild hearts to drop me back to a point just before my accident.

My demo only allowed me to meet the Dancing Devils and the colors and songs they bring. Check out the trailer above, though, and you’ll see that this pop album has numerous tracks to which we can look forward. It helps that the music for Sayonara Wild Hearts was all written exclusively for the game so it’s easy to play through it without any preconceived notions about modern synth- or dance-pop acts.

Sayonara Wild Heats is due out this year, and it’s definitely a title to watch if you’re a fan of rhythm games, runners, or pop music in general. You can learn more about it at simogo.com.

For more new games to keep your radar, check out our full E3 2019 coverage.