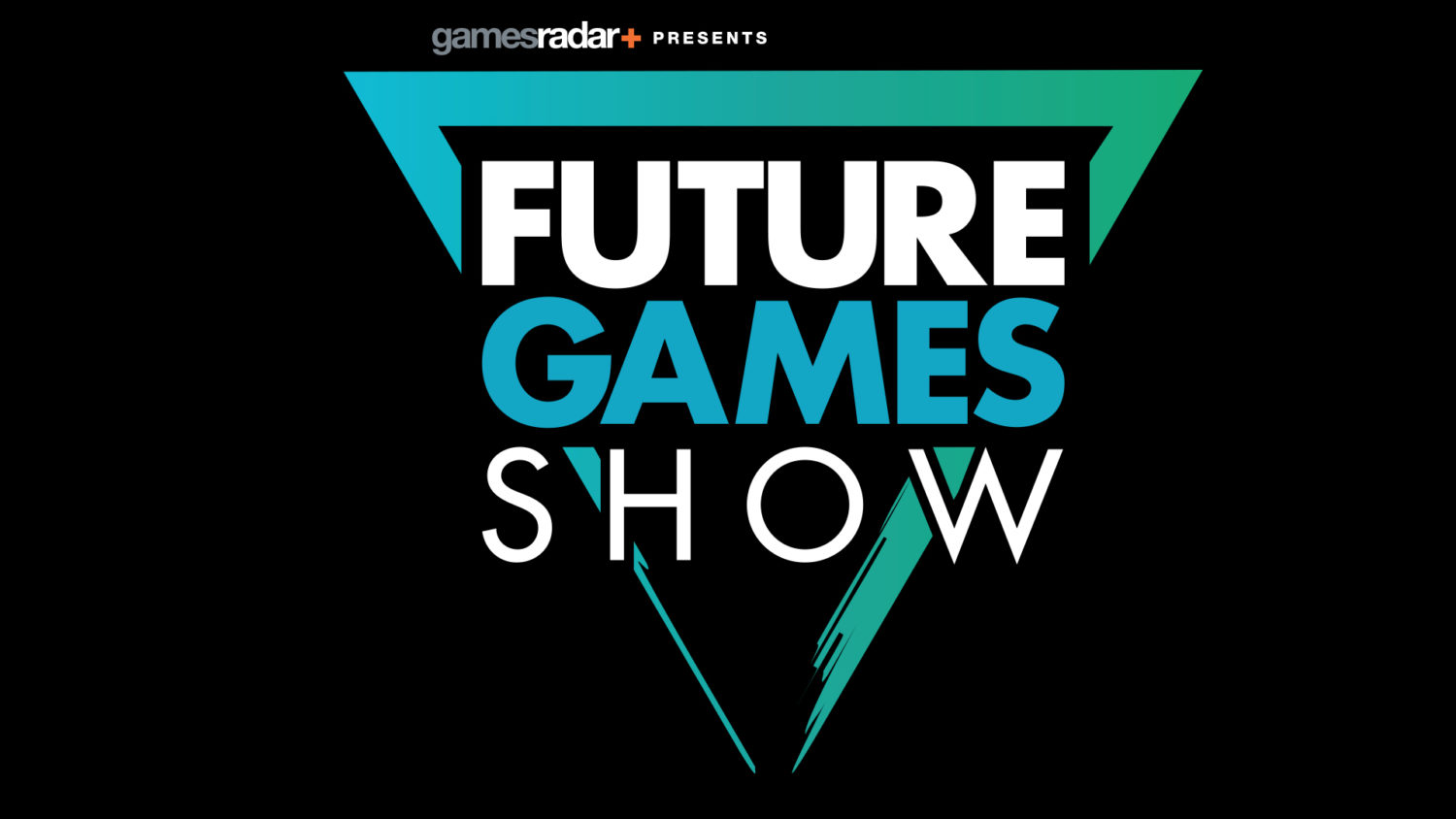 The future is now! (On a couple games, anyway.)

E3 2021 wrapped up day with the streaming Future Games Show. This showcase of newly released and upcoming games for Steam and consoles, so a lot of it was not relevant to Nintendo Switch gamers. But that’s why we’re here. Check below for a quick overview of all Switch game announcements…

Well, unless I missed something during those dumb Twitch bumpers that tried to get me to leave the E3 live feed.

Akiba’s Trip: Hellbound & Debriefed – A completely rebuilt version of the first AKIBA’S TRIP game, Hellbound & Debriefed has players exposing vampiric creatures called Shadow Souls to deadly sunlight by liberating them of their clothes. What a way to start, eh? This “Strip Action RPG” is coming to the West for the first time on July 20th. Pre-order it now in the eShop.

Conway – Disappearance at Dahlia View – An 8-year-old girls has gone missing, and retired detective Robert Conway has launched his own investigation into her disappearance. Players will lead the investigation and uncover dark secrets in a story-driven observational thriller from the creators of The Occupation and Ether One. Steam has more goodies than the developer site, so go there.

Deathrun TV – A little bit The Running Man, a little bit Smash TV, Deathrun TV centers around a show where “… where contestants risk it all to gather likes from audiences watching all over the world; 24 hours a day. In this twin-stick bullet hell game you’ll have to survive swarms of rabid mutants to progress and level up your contestant. Tune in at Steam until it comes to your local channel.

Dice Legacy – It’s a city builder survival game, with dice. Steam will have you know that, “Your ship has reached the shore of an uncharted continent. Roll and use your dice to gather resources, expand and defend your settlement, survive the winter and interact with the strange inhabitants of this eerie world.” We will have you know that you can learn more at ravenscourt.games ahead of the game’s release this summer.

Eldest Souls – United Label will release its much-awaited pixel art, Souls-like boss rush, Eldest Souls, for Nintendo Switch on Thursday, July 29, 2021. By “Souls-like,” they mean its focus on fast-paced, brutal combat. “In a final act of vengeance, the Old Gods have unleashed a great Desolation upon the world, turning farmlands to desert, and rivers to dust. You, a lone warrior, must explore the vast, forgotten Citadel, in search of the Old Gods. Check it out at unitedlabelgames.com/eldest-souls/.

Gestalt – Steam and Cinder – Planned for release in 2021, “Gestalt: Steam & Cinder fuses tight 2D platforming and exhilarating combat with an engrossing, twist-laden narrative in a stunningly handcrafted steampunk world.” Discover the secrets of the Steam City of Canaan, clobber armies of Clockwork golems, and hunt horrors that slither through depths once forgotten. Or just go to Steam for details.

Greak: Memories of Azur – On August 17th, the Switch will get this side scrolling single-player game with hand-drawn animations. You will take the role of three siblings: Greak, Adara and Raydel to guide them through the lands of Azur. Alternate control between them and use their unique abilities to escape from the Urlag invasion. The Team17 site is giving me a security warning at the moment, so I’ll send you to Steam instead.

Grow: Song of the Evertree – Enter a world-crafting sandbox with life management and exploration elements. The once vibrant and colorful world of Alaria has been abandoned and overrun by the mysterious Withering. To save it, players must grow new and unique worlds within the branches of the Evertree. As the old inhabitants return and life begins to blossom, players will be able to meet them, learn their stories, and create a dream town to nurture a blooming community. Get details at growsongoftheevertree.com ahead of its 2021 release.

Happy Game – Don’t fall for it. It’s a psychedelic horror game from Amanita Design. A little boy falls into a nightmare, and it’s up to you to make him happy again. Get started now, would you, with the eShop demo.

KeyWe – We’ve been following this postal party puzzle platformer for a while now, and I’m happy to let you know it’s set for release on August 31st. “Play as Jeff and Debra, two small kiwi birds and the newest hires at the Bungalow Basin Telepost Office. With no hands to help them, the two must work together to jump, flap, peck and butt-slam their way across an interactive landscape of levers, buttons and bells to get the mail delivered on time.” More at keywegame.com.

Minute of Islands – Available now! How about that? First announced in 2019, this narrative puzzle-platform adventure has been nominated for multiple awards and has and earned a devoted following due to its highly distinctive visuals and intriguing storyline. In Minute of Islands, players will set out to save their islands, but will soon discover that not everything is as it seems. Dig deeper into the story at minute-of-islands.com.

Olli Olli World – Winter’s not the best time for many to perfect their skateboarding skills, so hopefully this line-running action platformer will fill that void. “Flip and flow through the vivid and vibrant world of Radland, meeting colorful characters as you grind, trick, and air your way to discover the mystical skate gods on your quest for Gnarvana.” Flip and flow and over to olliolligame.com.

Shadowverse: Champion’s Battle – A card battle RPG based on the anime based on a mobile/PC strategic multiplayer card game…now on the Switch. With me? “Players will meet a fun cast of characters and duke it out in intense card battles.” I think that’s what’s important. Find out if I’m right at xseedgames.com.

Silt – Coming in 2022, Silt is an underwater exploration game in which you’ll “… explore the depths of a surreal, hand-drawn abyss. Possess sea creatures and make use of their unique abilities to solve environmental puzzles, traveling ever deeper into the void…” You can travel over to spiralcircusgames.com for more, but there’s not much there at the moment.

Sonic Colors Ultimate – We already knew that Sonic Colors Ultimate was heading to the Switch, and today we got to see a new level. I’d send you to the SEGA website for more info (that’s kind of my thing), but they’ve only got links to the original DS and Wii versions. Way to stay on top of things, SEGA!

Rune Factory 5 – We haven’t had a new Rune Factory game since 2013, but that’ll change when Rune Factory 5 reaches Nintendo Switch in early 2022. Players will take the role of an amnesiac hero who lands in a small town blessed by nature. There, they are recruited into a band of peacekeeping rangers, and their new life begins. In addition to their normal duties, the hero can farm the land, cast a line into the nearby river, and much more. Learn all about it at xseedgames.com.

Super MagBot – Less than two weeks from now, platform puzzle enthusiasts will try to survive without the benefit of…jumping? That’s right, no jumping here, just your magnetic powers. “Armed with the power to control both positive (red) and negative (blue) magnetic polarities, Magbot must navigate through a myriad of challenging platforming environments to save his home planet of MagTek.” You can grab the demo now in the eShop.

Tails of Iron – United Label apparently has a thing for “…punishingly brutal, soul-like inspired combat,” as they’re also bringing us the epic RPG adventure, Tails of Iron. “This deceivingly-beautiful, hand-drawn title is fully narrated by the deep, raspy vocals of Doug Cockle (voice of Geralt of Rivia from The Witcher). As Redgi, heir to the Rat Throne, players must restore your broken Kingdom by banishing the merciless Frog Clan and their ferocious leader, Greenwart.” Learn more at unitedlabelgames.com/tails-of-iron/.

Two Point Campus – Two Point takes us out of the Hospital and find us sim-building work at a university. Class doesn’t begin until 2022, but you can enroll now.

Okay, that’s more than enough to keep you busy tonight, and hopefully into tomorrow and Tuesday when we may have a few more things to talk about.