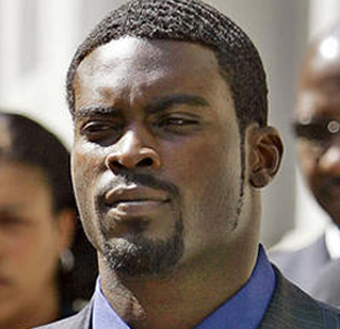 “I can tell you we’ve already received the letters from our good friends at PETA urging us to take him out of the bracket. I personally believe, and this is personal commentary right now, that Michael served his time. He’s had a tremendous season.” – EA Sports president Peter Moore

I may be a minority when I say this but I believe Michael Vick should be one of the top candidates for the cover player. I am a huge Falcons fan, I was a huge Vick fan until that year or two before the dog fighting came out. Some people only know about Vick for the dog fighting issue, Vick had a lot of issue before that. I will not get into all the problems against Vick. The point is he paid his time, he works hard now, he is still doing his dues, and I see the person I always wanted Vick to be while he was in Atlanta. Sorry that is my sports rant for the month.