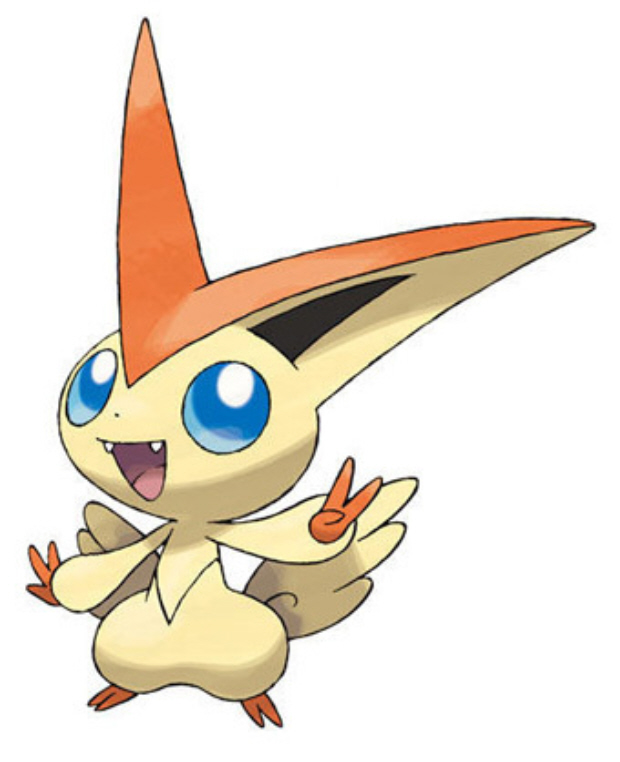 Nintendo and The Pokémon Company are giving Pokémon™ fans yet another reason to get revved up for the March 6 launch of the Pokémon Black Version andPokémon White Version video games for the Nintendo DS™ family of systems. Consumers who purchase either of the new games between launch and April 10 will be able to receive a special Liberty Pass via Nintendo® Wi-Fi Connection (broadband Internet access required), which will enable them to catch the never-before-seen Mythical Pokémon Victini™.

Victini – the Victory Pokémon – is the first Pokémon that’s Psychic- and Fire-type and cannot be obtained through normal game play. It is said that Victini creates an unlimited supply of energy, which it shares with others. This energy source may be the secret to how it brings about victories. Victini’s unique and exclusive Victory Star ability not only increases its own accuracy in battle, but also boosts the accuracy of all a player’s Pokémon in battle. Victini is a must-have in any Pokémon battle, and is especially useful in Triple Battles, which debut in Pokémon Black Version and Pokémon White Version.

Pokémon Black Version and Pokémon White Version include more than 150 never-before-seen Pokémon that players can catch, train and battle as they progress through the game. Both games are now available for pre-order from major retailers throughout the United States for a suggested retail price of $34.99 each. A deposit may be required for pre-orders. See individual retailers for details.