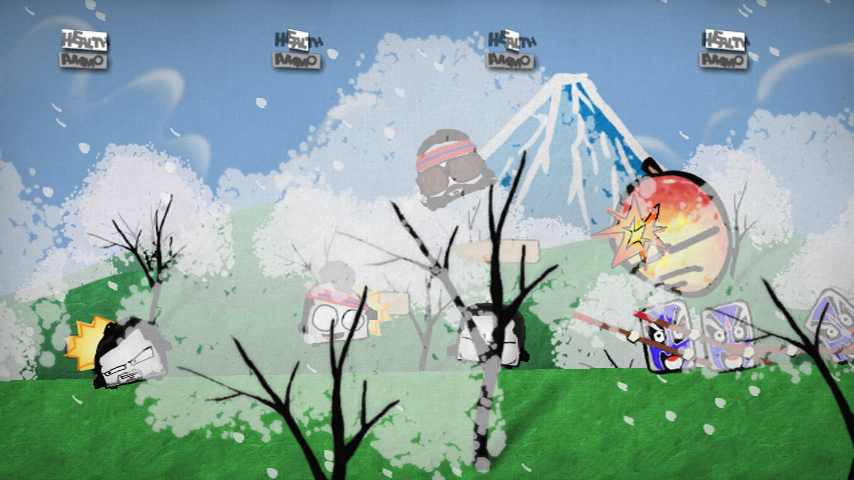 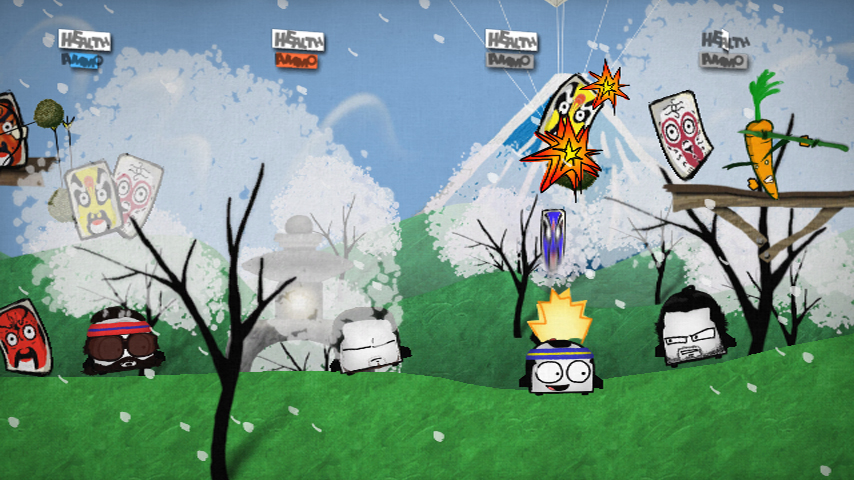 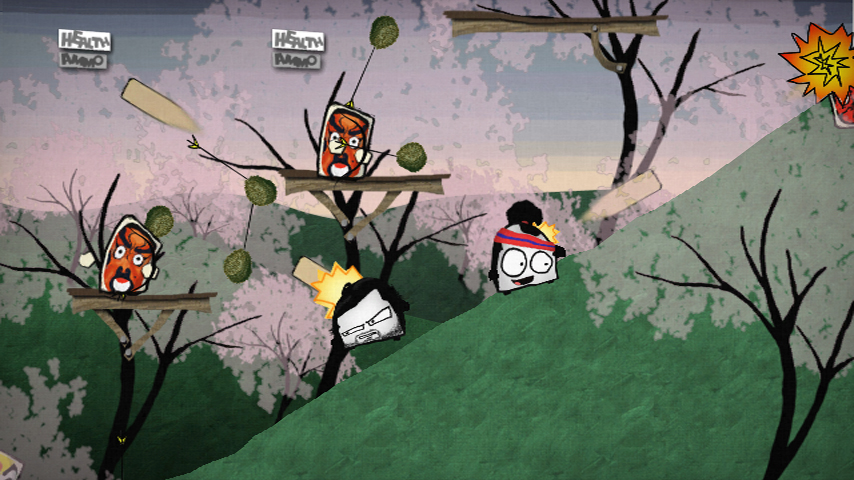 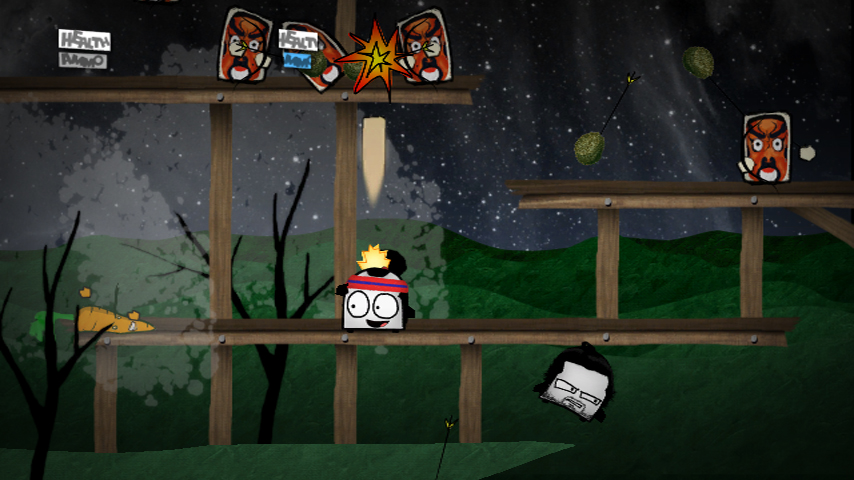 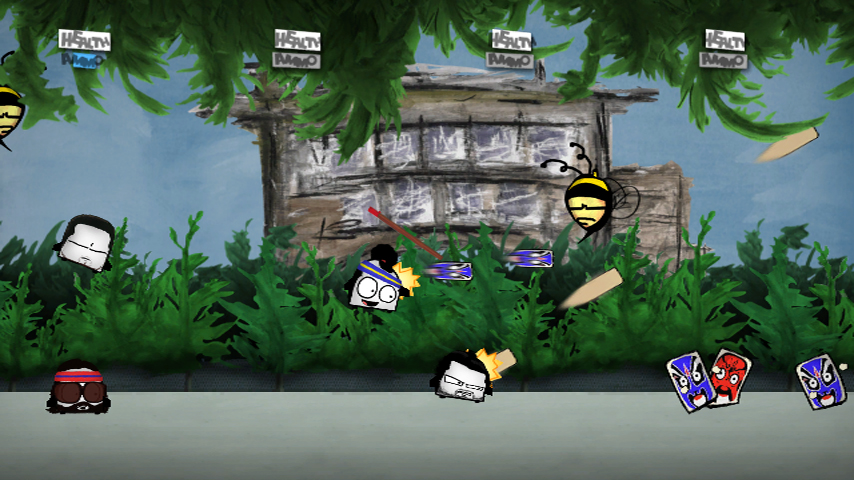 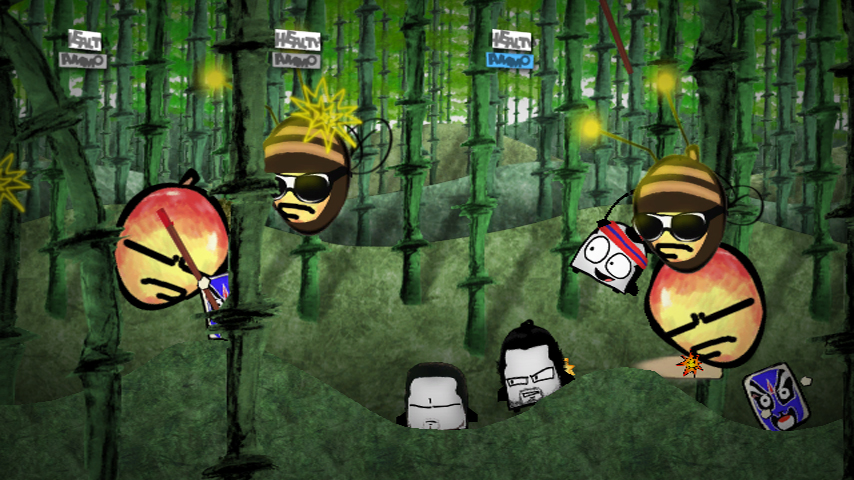 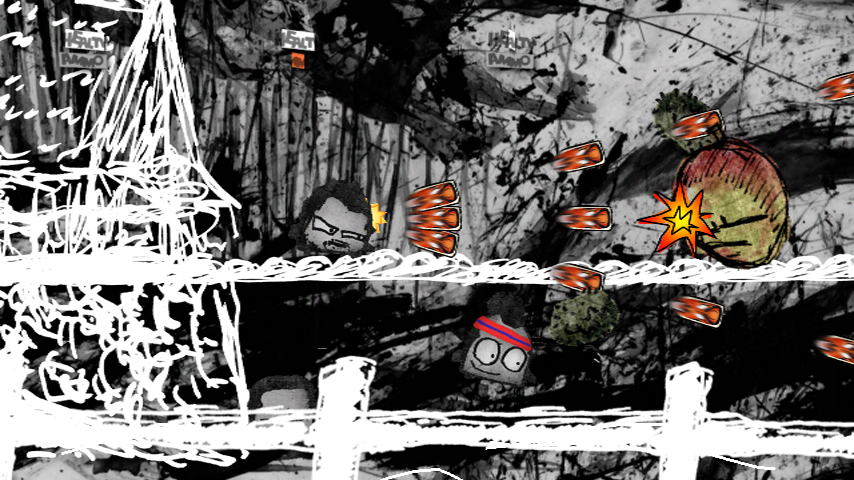 Indie developer Semnat Studios is excited to finally announce the upcoming Wii™ release of Eduardo the Samurai Toaster, an incredibly fast and frenetic sidescrolling, run‘n’gun 2D shooter. The game will be released exclusively for WiiWare™ this winter, developed and published by Semnat Studios.

With visuals drawn and scanned in from several different art mediums such as pen & ink, acrylic paint and charcoal, Eduardo sports an untraditional aesthetic design for a videogame. Jump, shoot, whip, drive, fly and throw your way through hordes of Peking Opera pastries, spear toting carrots, robotic mangos, and more. Play with friends as you learn to cooperate effectively, or be annoying by throwing each other around the screen and attacking one another.

* Drop in co-op play for up to four players.
* Ride scooters equipped with laser-blasters and fly around in rocket packs in single player or co-op.
* Use 5 different pastry pickups to upgrade your firepower.
* Battle enemies through 13 unique levels.
* Several different difficulty options to choose from, allowing players to pick their desired level of challenge.

Eduardo the Samurai Toaster has been Rated E for everyone by the ESRB.

Daniel Coleman and Robert DeMaria formed Semnat Studios in early 2005. Starting out as a hobby, the team began working on games in 2003. After a couple of projects (one of them being an early version of Eduardo) they decided to focus more seriously on game making. So for the next several years they would work their way up, now with the support of Ian Bowie and musician Raymond Gramke, designing numerous versions of Eduardo for the PC. After working on these prototypes for a few years they found the opportunity to make a version of Eduardo for the WiiWare service on Nintendo’s Wii system. In late 2007 they began development on a new Eduardo, learning from their experience on the PC versions