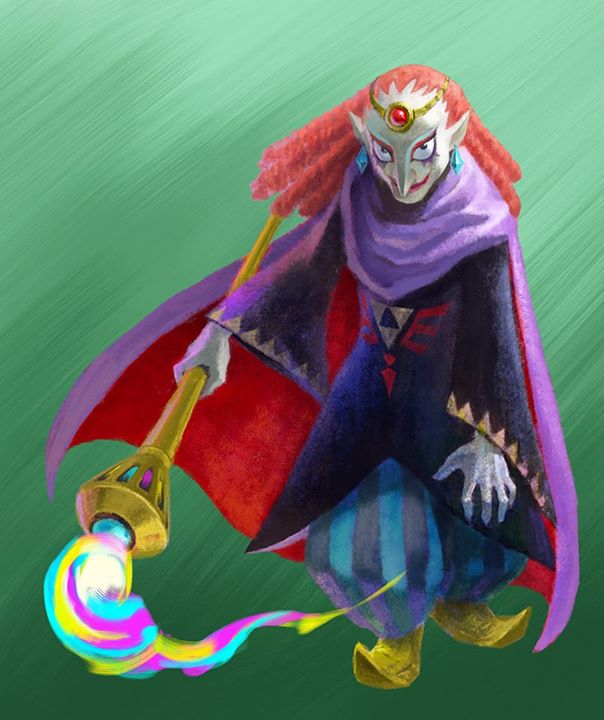 Eiji Aonuma Q&A on The Legend of Zelda: A Link Between Worlds

Recently fans had the opportunity to submit questions to Eiji Aonuma concerning the upcoming “The Legend of Zelda: A Link Between Worlds.” Check out the full Facebook Q&A below.

Players will be able to choose which weapons they upgrade. Which weapon upgrade do you find especially useful?

I would recommend the bow. When you upgrade the bow you can fire 3 arrows at once and they spread out in a fan shape so it’s far easier to hit enemies than with a single arrow like normal. However, since you are firing 3 arrows at once it will use up more of your energy gauge. So be careful because if you get carried away and keep on firing too much, after a while you won’t be able to fire any more.

Fans will recognise many elements from the world of A Link to the Past. What was your process behind deciding which elements of that world to keep and which ones to replace with something new?

As players are free to tackle the dungeons in any order, how did you ensure that someone who picks a certain dungeon first can enjoy it just as much as someone who tackles that particular dungeon last?

In terms of the difficulty level, each dungeon features new ideas involving the item you need to use there, so there isn’t some kind of process or order you can follow to make it easier. However, if you are using a particular item more than normal you will become more used to it so you may find it easier to complete the corresponding dungeon in that case. However this is a reflection of your own skills increasing so I think the game would be most fun if you try out lots of different approaches.

Yuga is the main villain in the game. What can you tell us about his origins?

The name “Yuga” is derived from the Japanese word for oil paintings because he has the ability to use magic to turn people into paintings. We wanted the character concept to be a crazed artist and so we made him into an unusual character where you can’t quite tell if he is supposed to be male or female. He might be close to Ghirahim from Skyward Sword in terms of having an over inflated self-importance.

Who is Mother MaiaMai and how did all her babies get spread all over Hyrule and Lorule?

She is shrouded in mystery. I don’t actually know myself exactly why she looks like she does. However, as the question mentioned, she exists in both Hyrule and Lorule and we thought it would work well to make her a bit different from other characters since she has this ability to travel between worlds. So we decided to make her look a bit alien. If you rescue all of the Maiamai then you may learn a little more about her so I would encourage you to play and discover this for yourself.

Oh, one more thing. I see many of you have been asking about a remake of Majora’s Mask for Nintendo 3DS. It’s nice to see such a strong response to this title and we haven’t forgotten about Link’s adventures in that world.  If you play A Link Between Worlds, you may better understand what I mean by that.

Thank you so much for your comments! Until next time,