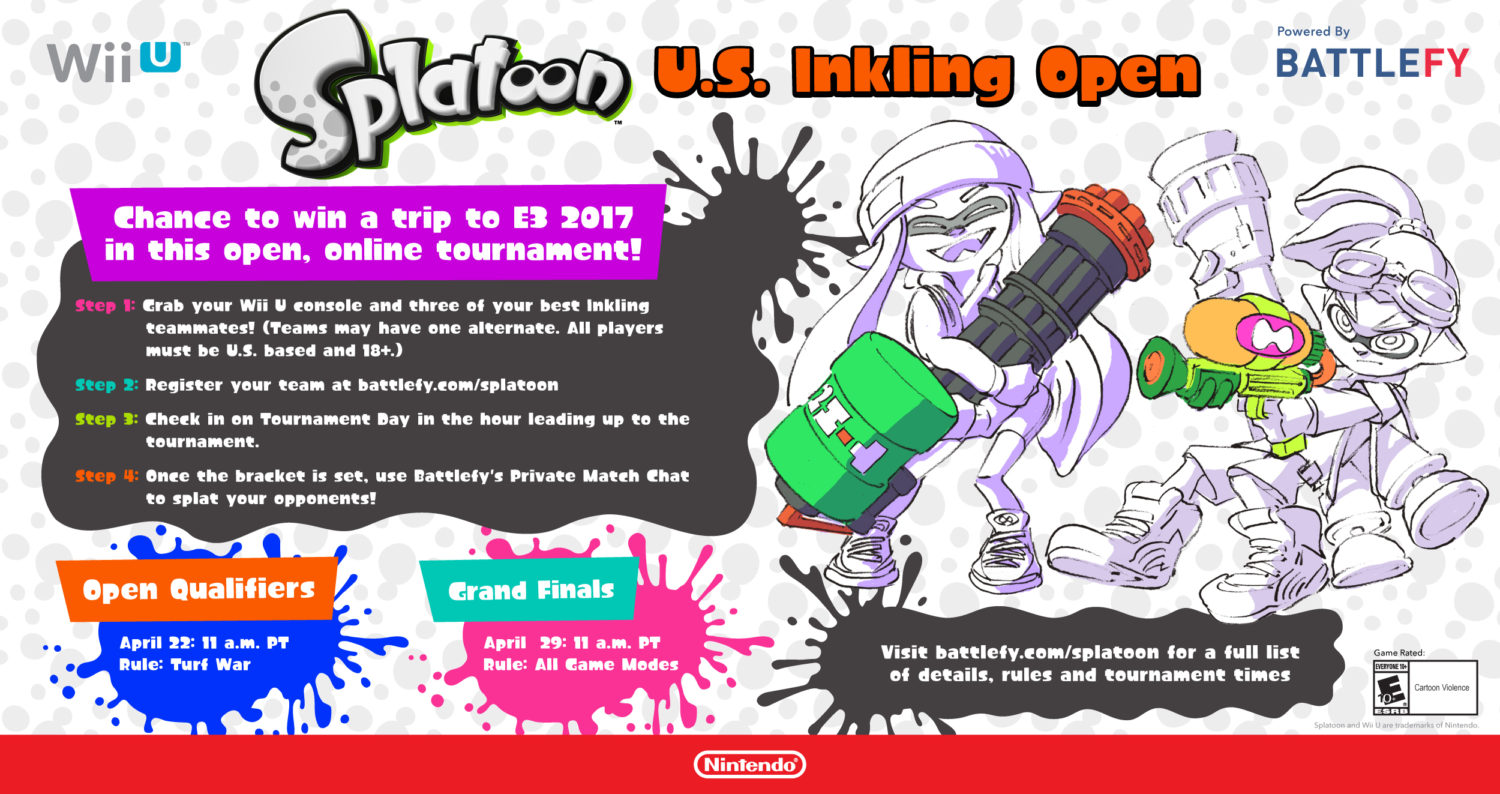 Enter Splatoon U.S. Inkling Open Tournament For a Chance to Win a Trip to E3 2017

Enter Splatoon U.S. Inkling Open Tournament For a Chance to Win a Trip to E3 2017

REDMOND, Wash.–(BUSINESS WIRE)– When you play the original Splatoon game for the Wii U console, do you ever think to yourself: “Wow. I’m really good at this game and would love to put my skills to the test for the chance to win an awesome prize – maybe, I don’t know, an amazing trip to E3 2017 in sunny Los Angeles?” If so, this is the opportunity for you! 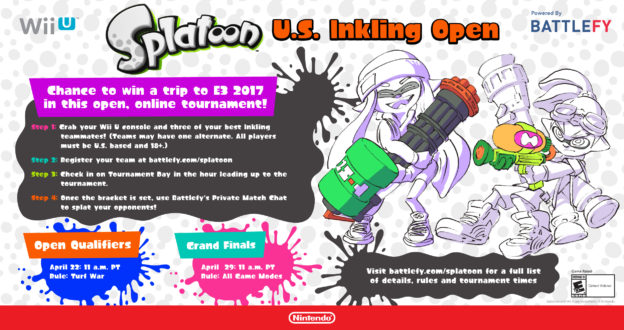 Battlefy is hosting an online Splatoon tournament across different game modes, including Turf War, Splat Zones, Tower Control and Rainmaker. Anyone ages 18 and up living in the United States with a Wii U console, the Splatoon game and internet access can participate. The winning team will win a trip to Los Angeles to attend the E3 video game trade show this June and check out what Nintendo has in store.

To enter, just find three other friends (and an optional backup) to join your squid squad and register your team at https://battlefy.com/splatoon.

The qualifying round (Turf War) is on April 22 at 11 a.m. PT, but make sure to log in early and click the “Check In” button an hour before tournament time. Once the bracket is seeded, you can set up your qualifying match using Battlefy’s Private Match Chat and then proceed to splat your way to hopeful victory. The top 16 teams in the qualifying round will then move on to the finals. In the finals, teams will play Turf War, Splat Zones and Tower Control in succession in single-elimination best-of-five play until only two teams remain. The Grand Finals will see the final two teams doing battle in Rainmaker mode to determine the winner. The finals will begin on April 29 at 11 a.m. PT.

For the full rules and tournament time, visit https://battlefy.com/splatoon. For more information about Splatoon, visit http://splatoon.nintendo.com/.