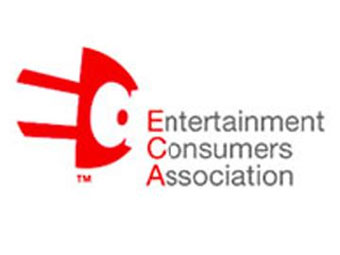 WILTON, CT – February 8, 2011 – The Entertainment Consumers Association (ECA), the non-profit membership organization that represents gamers, today announced that more than 500,000 have joined its active community and helped support the ECA’s mission of video game advocacy and education. In just over four years since the organization was formed, the ECA has steadily increased their population by ramping up their advocacy efforts, introducing new affinity benefits for members, and adding a wide variety of features for the gaming community. The ECA has many exciting new announcements in store this year and looks forward to serving even more video game consumers in 2011 and beyond.

“As someone who’s been an avid gamer her entire life, it’s exciting to see video games take their place alongside movies and music as a popular, mainstream form of entertainment and culture – but there’s still work to be done.  I’m honored to support the ECA in its mission of video games advocacy and education – and to help video game consumers’ voices be heard,” said Jessica Chobot, writer and host of online video content for IGN Entertainment, the world’s leading gaming information brand.

“Perhaps the most important aspect of this announcement reflects the fact that gamers care, that the trade supports them and that non endemic companies and brands want to support gaming,” said Hal Halpin, President of the Entertainment Consumers Association. “It makes more people want to join and more partners want to be associated, which translates into even more member benefits… a self-perpetuating cycle. Truly, I couldn’t be any more proud of our members, partners and staff.”

Established in October 2006, the ECA’s primary mission is to represent consumers of interactive entertainment in North America. Along with the grassroots advocacy efforts on behalf of gamers, the ECA is dedicated to providing a wealth of community benefits to its members. With a membership, gamers can connect with like-minded fans, explore career and educational opportunities in gaming, and more. Even better, by supporting the ECA, members instantly become part of an energized network of passionate, politically aware gamers.