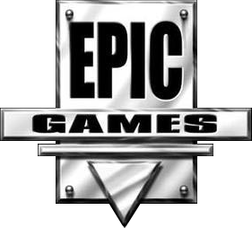 Epic excited for the Wii U – “very powerful machine”

“We haven’t made an official announcement about that platform. And while we loved the Wii, it just wasn’t a fit to make a game that would go across Xbox 360, PS3 and the Wii. It just wasn’t possible. So going forward, we’re working with those folks and we’re very interested in the Wii U. We find that the best way to support a platform is to be making a game for it and we don’t currently have a game in development for that platform. For example, we don’t officially support Android, although we have demos that work on Android… But we officially support iPhone because we’ve made a game and we know it works. We know how to get through the certification process – we know it cold. That’s sort of important to me; as a game developer who’s selling an engine, I want to make sure that I can ship a game on it myself, which is why we have very clear public support of PS3, Xbox 360, PC and iPhone but not as clear when it comes to Android or Wii U. At the launch event at E3, some of the products that you saw running on Wii U were based on Unreal Engine technology. So that kind of gives you an idea of where we are in that space. You can certainly use our engine on that platform – it’s a natural fit from a technology perspective. It opens up some doors that weren’t open before on current generation consoles because it is going to be a powerful box. I’m sure [Epic VP] Mark Rein would love anyone who’s interested to know how official our support is to get in touch with him!”