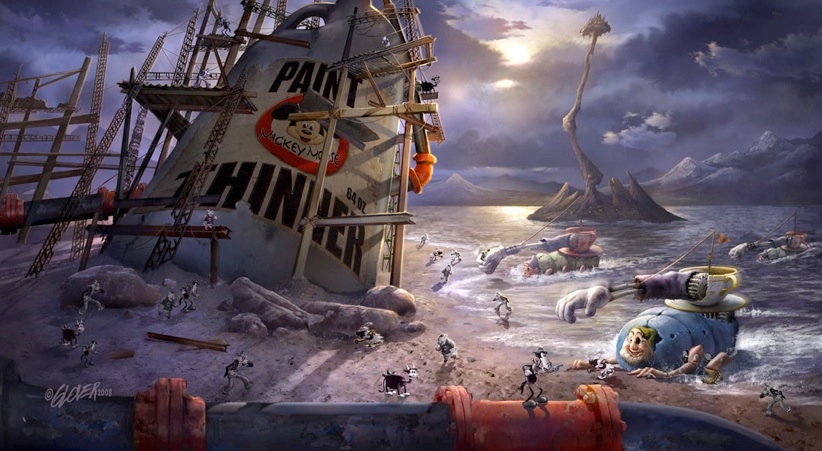 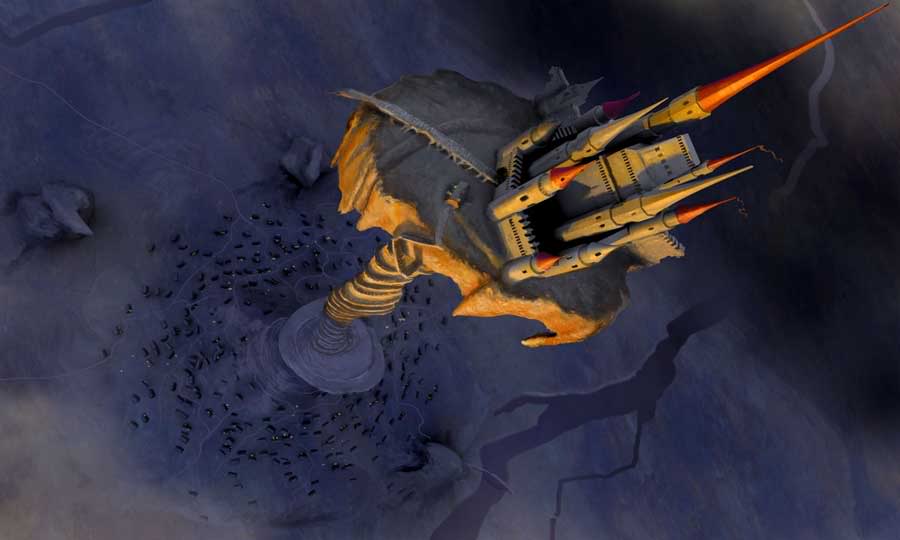 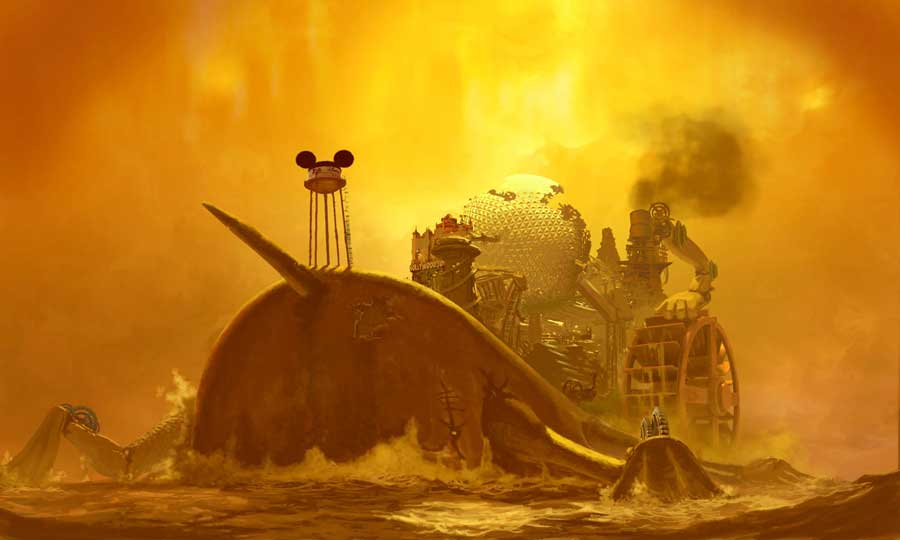 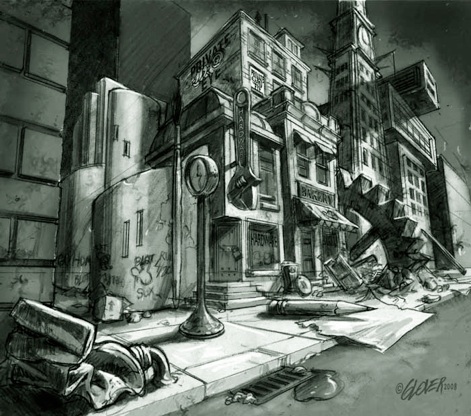 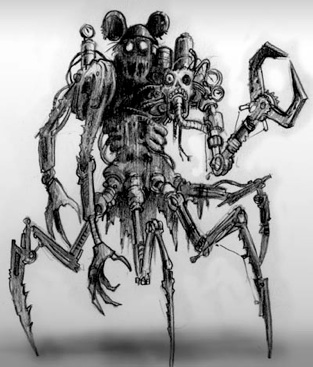 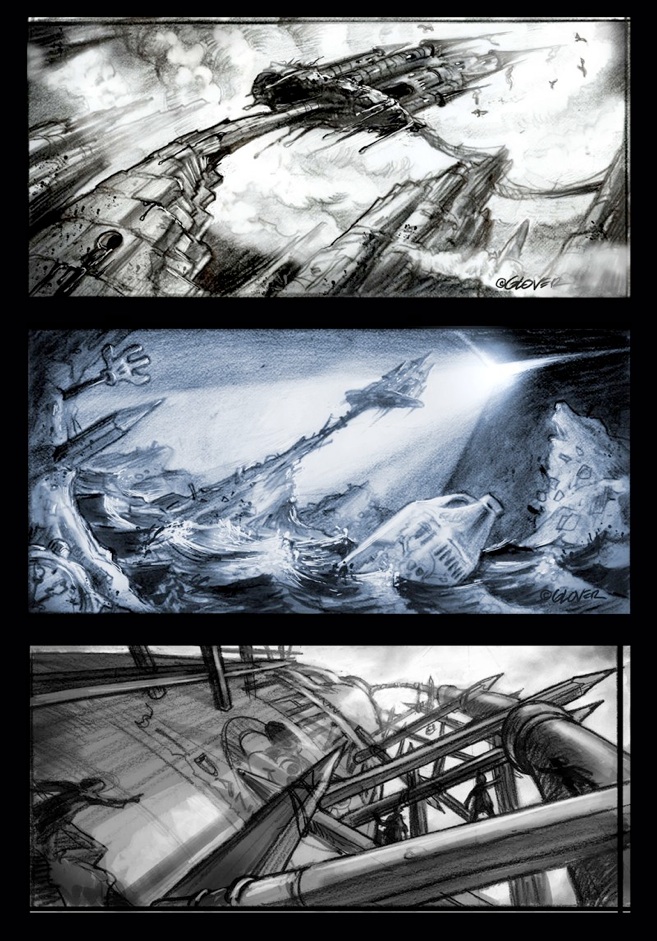 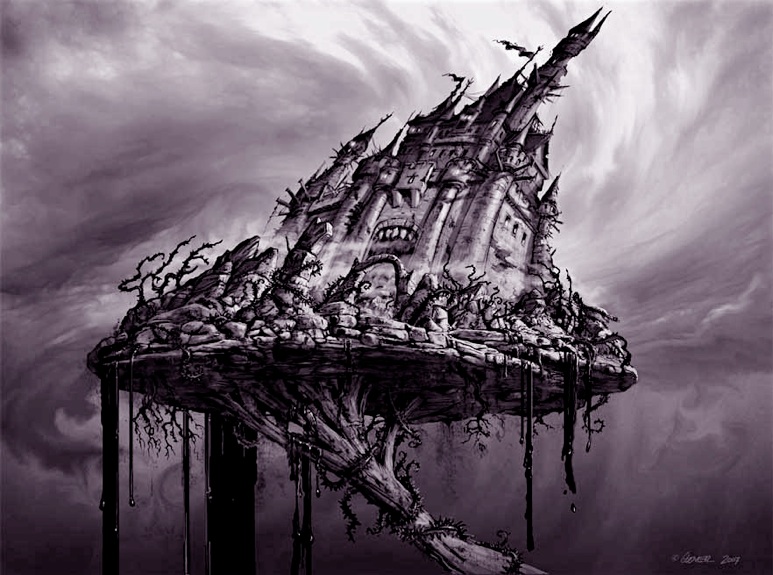 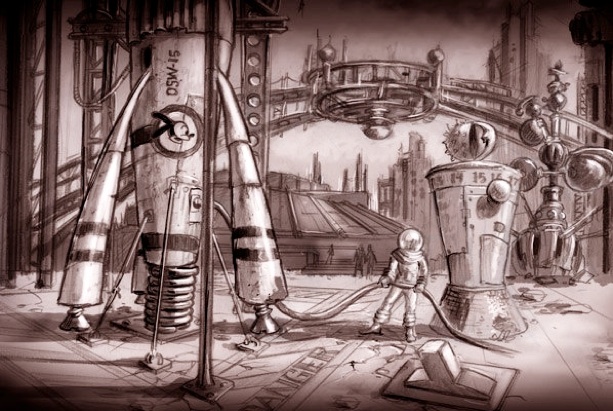 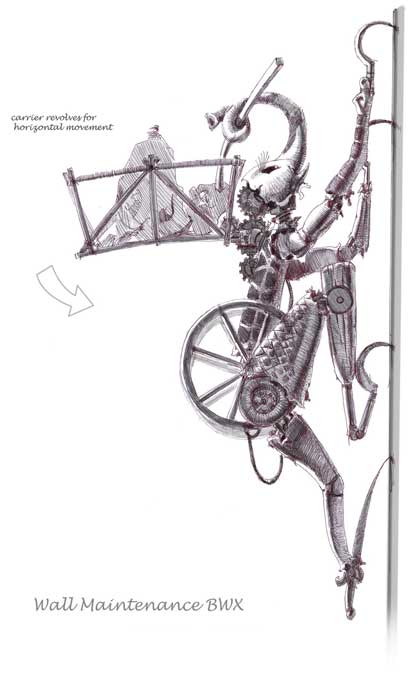 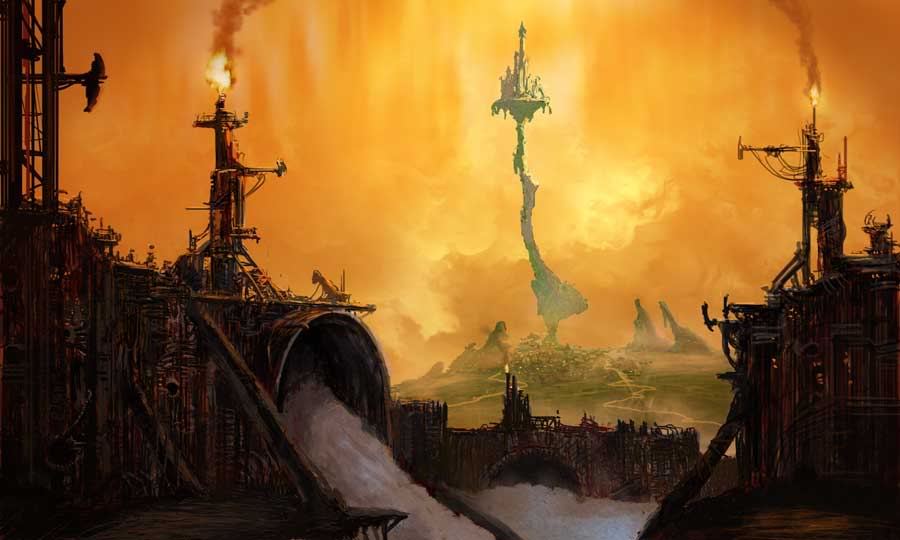 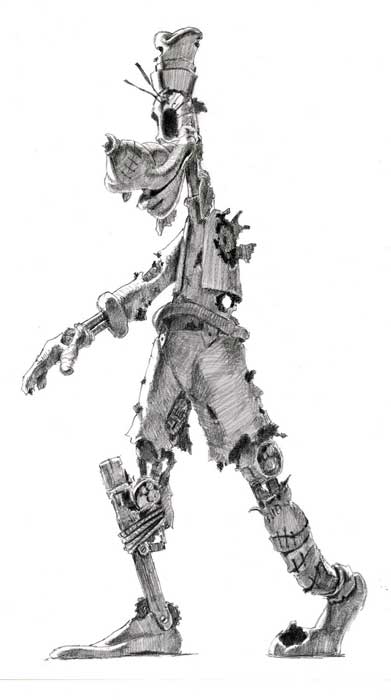 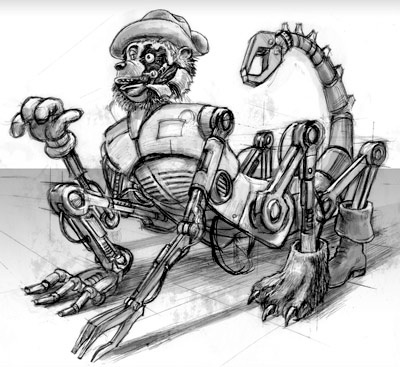 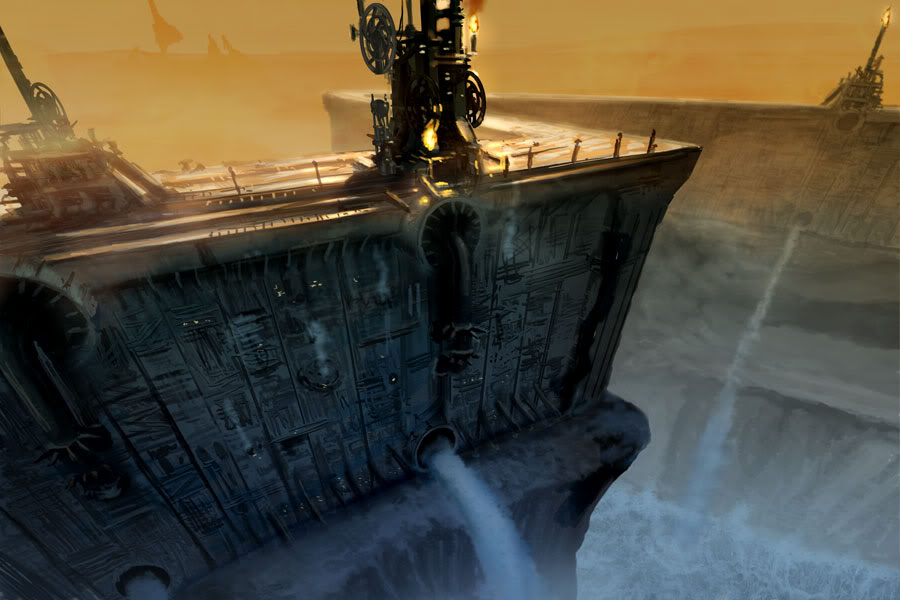 These sketches and concept art comes from the Disney code-game “Epic Mickey.”  Yes, they are incredible.  Also this game is/was being made for the Wii. Hopefully this game is still in production and the team will be able to do these pictures justice.  Game designer and  Deus Ex creator Warren Spector’s Junction Point Studios is responsible for this unique game.  A number of different people have been digging around the internet and have discovered this artwork and that the game is/was being developed specifically for the Wii.  We will keep you posted on news about this game as we learn more.

These pictures indicate a unique look at the Disney world.  The game seems to deal in the darker realm of the disney world with mangled up Disney characters.  I am really digging the “steampunk” style for this Disney world.  I just hope this game is still in production. We could all use a little more epic on our Wii’s especially if it involves a little steampunk Mickey.