Are you ready to delve into a computer world? A world made up of vector style graphics, where a hacker named Vektor desperately needs your help to escape from the clutches of a maniacal CPU that has imprisoned him there?  If so, then escapeVektor may be the Nintendo eShop title you have been waiting for.

Developed by the game studio Nnooo, escapeVektor immediately draws you in with its simplistic, yet challenging gameplay. The story revolves around you, the player, stumbling across Vektor, a human who was converted into computer code and trapped within the CPU of your 3DS.  After asking for your help, you guide Vektor through the many nodes of the CPU so that he may escape, and Vektor codes new abilities to help combat the ever-evolving CPU.  As you progress further into the game, Vektor begins to trust you more and shares with you his story of how he became imprisoned as his memory returns to him.

In order to escape from the CPU, you and Vektor must travel from node to node, taking control of the circuits and cells within.  As you drive your vehicle 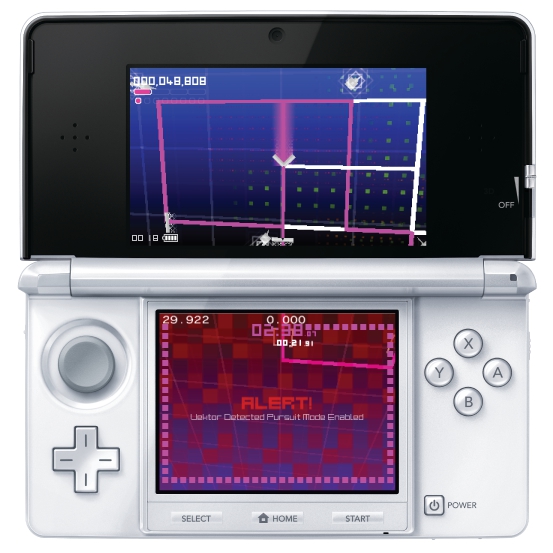 across the cells, they begin to change color. Trace over all sides of a cell, and it becomes captured. You can make your escape from a level once all cells have been filled in. Of course it won’t be as easy as casually tracing over all the cells in a circuit. The CPU is well aware of your escape, and there are plenty of enemies deployed that will block your way. While some enemies simply patrol a small portion of a cell, others will actively hunt you down and even teleport near you if you get within their sights. Luckily for you both, Vektor is an expert coder, and in RPG style, as you complete levels you gain experience and level up to gain new abilities. Vektor has a detonation ability he can use to dispatch enemies, as well as a boost and super boost mode that increases his speed temporarily. The almighty boostenate mode he has grants him invincibility and even faster boosting speed. Your abilities are supplied by completing sides of a cell, which gives you more fuel for your boost, and capturing a cell, which gives you one bomb to store for use.

The way in which the abilities integrate so well with the game play is what makes the game so much fun to play. The abilities are useful, but the level design and enemy placement is done in such a way that you never feel powerless, nor over powered. Almost as if a love note to the arcade classic Pacman, the game has you dodging enemies as you attempt to find the best route through the maze of cells. Adding to the challenge are optional bonus worlds, where time limits and back tracking over a line you created destroys it will test your 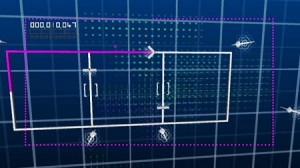 mastery of the game.  Add badges, earned when you do something really cool (like destroying 10 enemies at once), and online leader boards where you can compete for the highest score, and you have an addicting game with a lot of replayability.

The music in the game is superb, with a catchy techno soundtrack that will put you in the right mood to play the game. All of the songs are enjoyable, and a sound track of the game is available.  While the controls to the game are simple and tight, I found holding the R button down to zoom out from the map to be 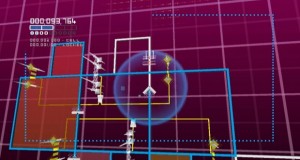 cumbersome. Since it’s easier to see all of the action while zoomed out, you will most likely find yourself holding down R for most if not all of the levels. Other than that very small hiccup, the games controls are responsive.

escapeVektor is one of those rare eShop titles that has it all, great gameplay, replayability, good music, and good controls. The game has enough content to keep you entertained, and the arcade style game play is addicting. If you are looking a solid eShop title to download for your 3DS, you won’t be disappointed if you give this game a chance. For this reason, escapeVektor gets a score of 8.5 0ut of 10 from Pure Nintendo.