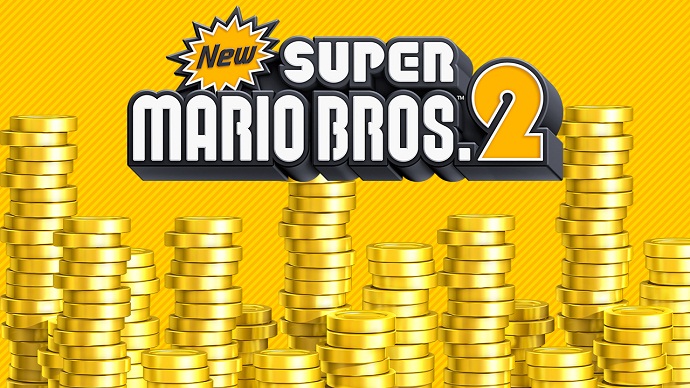 The final two Coin Rush course packs for New Super Mario Bros. 2 are available to download today. The Mystery Adventure Pack offers labyrinthine courses full of different paths, while the Impossible Pack offers some of the toughest challenges that Mario fans will have ever faced. Both Course Packs are available to purchase from the in-game Shop menu in New Super Mario Bros. 2, only on Nintendo 3DS and Nintendo 3DS XL.

The Mystery Adventure Pack features three courses that challenge you to look for different paths in ways not seen in the game’s original courses on your way to the goal: explore the various underground routes in Course 1, ride on flying blocks as you collect coins in Course 2 and use the various switches placed throughout Course 3 to find your way to the end. Alternatively, and as its name suggests, the Impossible Pack ramps up the difficulty to extreme levels – only hardened Mario players need apply as these levels might be some of the hardest in Super Mario history! There isn’t a single power-up or even a coin in the entire pack; the only way to receive coins is to complete the course as quickly as you can. Getting to the end is far from easy though!

Coin Rush is a fun and accessible game mode in New Super Mario Bros. 2 where you can enjoy collecting as many coins as possible. As you only have one Mario, you must race across three randomly chosen courses with care – but be quick as well, since the time left at the end of the course is also converted into coins. In these add-on course packs, the courses are always the same so you can have fun playing them again and again, trying to grab as many coins as you can. Your scores for Coin Rush can also be shared with other players via StreetPass, allowing you to challenge your friends and see whose records are the highest.

The Mystery Adventure Pack and Impossible Pack are the final two Coin Rush course packs and are available in addition to eight packs previously released for purchase, with each pack offering a variety of play types and a difficulty ranging from one to five stars:

Gold Rush Pack has a difficulty rating of one star and is designed for maximum fun! This pack lets you transform into Gold Mario as you try to collect huge amounts of coins.

Coin Challenge Pack A has a difficulty rating of three stars and challenges you to hit the high scores on a global ranking table on the official Nintendo website.

Nerve-Wrack Pack is difficulty five stars and ramps the challenge all the way up with tricky platforming peril!

Gold Mushroom Pack has a difficulty of two stars and features more Gold Mushrooms than you can count!