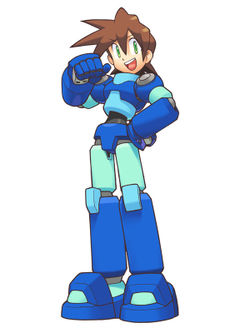 Capcom is happy to announce today that the Mega Man Legends Project has kicked off its most ambitious phase yet, the launch of the expanded Developer’s Room.

As a member of the Developer’s Room, users will be able to take part in the development of Mega Man Legends 3 for the Nintendo 3DS. The project, the first of its kind, provides fans with unprecedented input into the game’s development as well as conversations with the development team in Japan during the process.

Most recently, members voted on the design of a major character based on art provided by the team.

The first major initiative, which just went online, involves submitting ideas and designs for an upcoming Bonne Machine battle vehicle in the game. One lucky fan will have their contributions added as part of the game along with their name in the credits.

Stay tuned to www.Capcom-Unity.com/DevRoom over the coming months to check out the process.