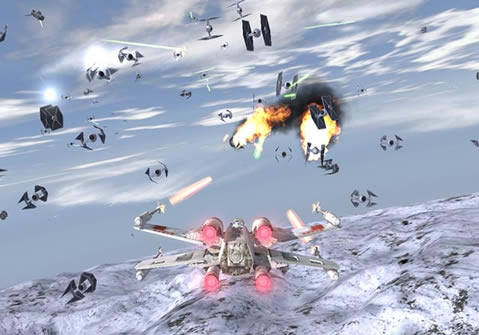 Factor 5, developer of Rebel Strike for Gamecube, recently discussed the Wii and whether or not developers were using the Wii to its full potential. He also comments on future Wii involvement by Factor 5. He really likes the Wii, but I’m sure he’s waiting till Wii shows long-term third-party support. Here’s a quote from the interview:

2. What do you think of Nintendo’s Wii console and is there any chance that Factor 5 would make a future Wii title?

Julian: I love the Wii, absolutely. As I’ve said many, many times, the perfect combination of consoles to have at home is a PS3 and Wii. Everybody really should have one. Will we make something for the Wii? Well, obviously we would have an extremely powerful engine on it with our work on Rebel Strike, but for right now we certainly haven’t planned anything for the Wii outside of some third parties who have approached us about licensing DivX and MusyX, which would be a no-brainer for us. Speaking about games, right now we’re quite happy with Sony and Lair is obviously something that is with Sony and will stay with Sony. As to other original IPs, I think as long as we and Sony can agree on price, budget and everything else that makes these things tick, we’re quite happy with who we’re with right now. On the other hand, I as a creator would love to do something with the Wii-mote, something wacky, but I also can do that just by hacking into the thing and never making a commercial game with it [laughs].

So he likes it, but I think Sony is keeping them on a close leash. Hopefully Factor 5 will reconsider in the future and make some great Star Wars games for the Wii.