A scan of Famitsu Magazine shows that Fi, from Skyward Sword, will be a playable character in the upcoming Hyrule Warriors, bringing the roster count to six.  In addition, Famitsu has shown off what appears to be Zelda’s alternate form, in which she wields a large bō (pole).  If this is the case, we can expect to see the alternate forms of the other characters in the near future.

Famitsu also shows off Link wielding the ball-and-chain from Twilight Princess.  Right now, it is not known to us if the weapon is specifically for Link, or if it is a weapon that all characters can find and wield, as is the case with the hookshot.

On the aesthetic front, it appears that Link and Zelda have the option to don their outfits from Skyward Sword. 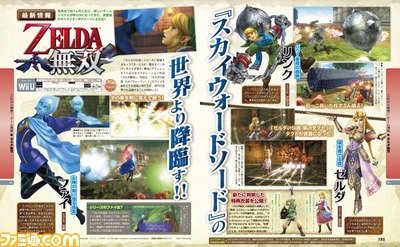 Update:  A new trailer has shown that Princess Zelda is actually wielding the Wind Waker.  We have also gotten ahold of a much better scan of the page shown above: 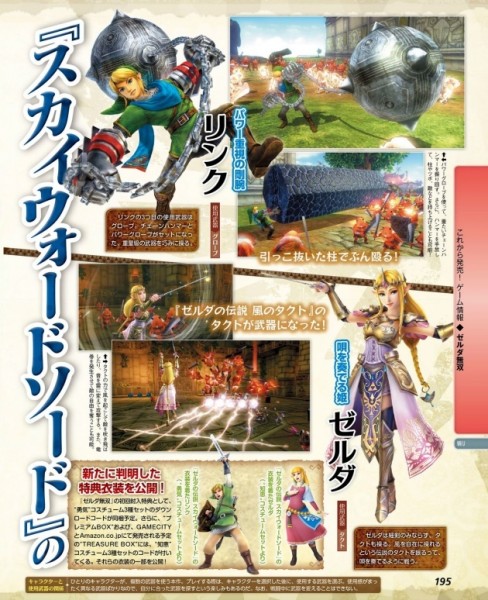