[DS Update] February Contest: The View from Up Here 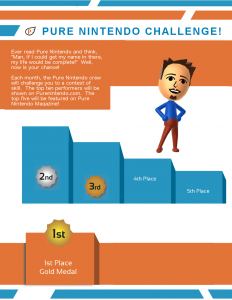 Everyone who’s played Super Mario 64 remembers the first time they got 120 stars for the first time…They raced off to the courtyard and into the cannon; their hands gripping the controller tightly as they made aim for the castle roof.  There awaited Yoshi to give you a 100-life present, as well as a new triple jump!   What fun!  As a young kid, I thought the gift was well worth the wait.  Now I’m an adult, and I want to get to the top of that roof, now! 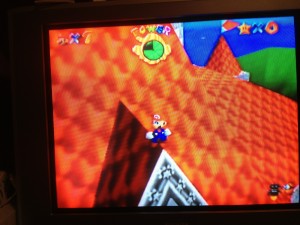 Now it’s your turn to scale the rooftops.  Your challenge is to make this famous Italian Plumber scale Peach’s Castle.  Once you get there, grab the three extra lives waiting for you, and stand atop the castle, just above Peach’s stain glass portrait.  Once you made it, snap a photo, and send it to us at contest@purenintendo.com.  Here’s the catch, you can’t have any stars on your person.  Notice that big ol’ zero on the upper left corner?  That’s what I want to see on your screen when I get your picture.

I’m not going to tell you how to get up there; you’ll have to find that out on your own!

I hope you figure it out soon, though, because only the first five entries will make into our next magazine issue!  Don’t panic!  I know this contest could be finished in the blink of an eye, so I am making it so the first ten entires will be featured in a post an purenintendo.com.  Even if you don’t make into the top five, you can still try for top ten!

You now have your goal: Get Mario from here: 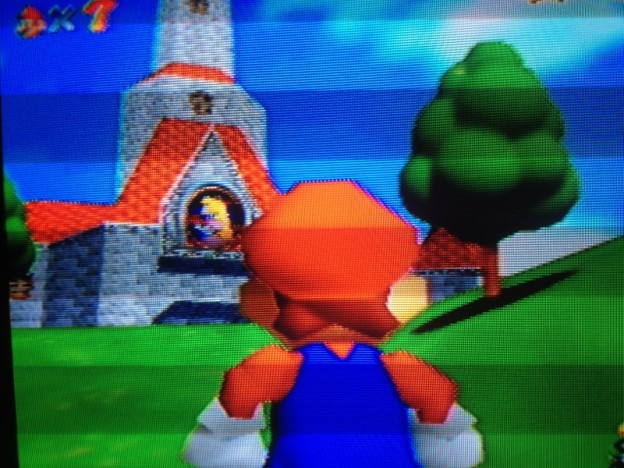 With seven lives and zero stars in tow.  This contest ends when I get the first ten entries, or on February 26th, 2013.   Good Luck!

We got a very good question about the Mario 64 DS version.  After looking into it, we can allow the use of the game, but, we have some conditions for those of you.

1) Only Mario is allowed to scale the castle.  Since you need eight stars to unlock him, you won’t need to have a zero, but you can’t have 150.

2) Make sure that you mention that you are using the DS version.

3) Make sure to follow the rest of the rules set out above.  I’ll still need pictures, and I still need seven lives.

You’ll be racing against the Mario 64 regular players up there, so you’d better hurry!

We’re extending the contest until March 12th, so there is still hope if you want to get in the magazine!