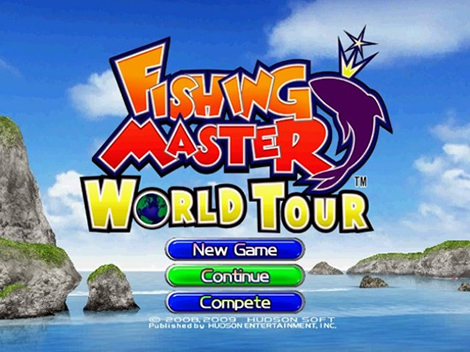 Justin: The first Fishing Master followed the story of a boy being taught how to fish by his grandfather in Japan. Will Fishing Master World Tour revolve around the same story/characters?

Hudson: Now you are taught by the current Fishing Master. In FMWT you tour the world under his instruction and quest to become the new Fishing Master. Don’t worry though, Grandpa calls you on your cell phone (more high tech than my grandfather) and imparts wisdom to you during your quests.

JS: Boss battles are a new feature in World Tour. Could you go into more detail on the gameplay for this mode?

Bosses are something entirely different. These belong to the mythical part of the game. If you ever wanted to fish for the krakken or the squid that was featured in 20,000 Leagues you will feel right at home here. Bosses fight like no other fish. They are stronger, have more endurance, and only bite on specific bait. Anyone who has fished in real life can tell you that one of the hardest parts of fishing is getting the beast up into the boat. Special boss controls are enabled here when you finally reel them in.

Hudson: There are several multiplayer modes in which to play including point based, size, different locations etc. But you are competing against each other in each one. 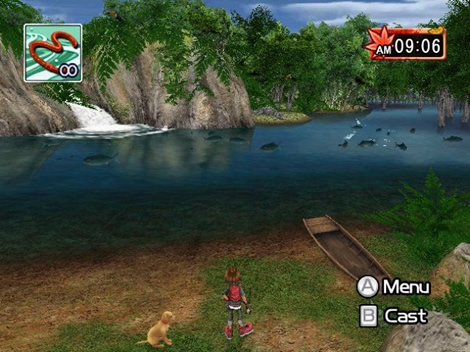 JS: Hudson has been a huge supporter of both the Wii and the DS, would Hudson ever consider doing a DS version of Fishing Master that takes advantage of the unique features of the DS?

Hudson: We actually considered it. The controls for the DS though don’t lend to what can be played on the Wii. The Wii is truly the perfect platform for fishing. The motion controls make you feel like you are casting, hooking, and reeling like no other system can. Until there is a way to port these controls so they are life-like enough we will keep to the drawing board.

JS: The online leaderboards are a nice feature. Are there any plans for new updates (such as new locations/fish/items) to Fishing Master World Tour via WiiConnect24?

Hudson: That’s a good point. Connect 24 is a technology that most players haven’t seen much of to this point. However, we are going to use it for the first time with Marble Saga: Kororinpa. You should see more and more use of this as developers get used to the tools available to us.

JS: Wii Motion Plus was only announced a few months ago, but are there any plans to implement Motion Plus controls in World Tour? Or perhaps future Fishing Master titles?

Hudson: Fishing Master World Tour was in development before motion plus was announced so we will need to wait and see what the future holds.

JS: Finally, when can we expect to see Fishing Master World Tour release in Japan/America/Europe?

Hudson: Fishing Master World Tour will be offered in the North America, Latin America, and Japan. It will be available to the U.S. market in early 09.

Thanks to Hudson for taking some time to answer our questions about Fishing Master World Tour!