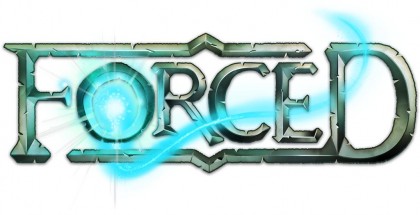 Pure Nintendo fans have already been reading about FORCED here on the site for the past several months.  It’s yet another in a long line of successful Kickstarter’s finding their way to Nintendo hardware.  It’s an ambitious game no doubt, whose initial hack n slash appearance might not convey the puzzle and tactical elements BetaDwarf have worked hard to include.  It’d be fair to say that this game blends elements from a number of popular genres, which should make it appeal to a wider audience.

FORCED is built around a coming of age story, where you leave your cliff enclosed village through a mysterious and dangerous tunnel … the only known exit to the outside world.  It is so dangerous in fact that nobody has ever returned, yet you’ve trained your whole life for this moment.  While the tale borrows some popular ideas to launch its plot from, it serves its purpose and is very effective in setting up the fun gameplay.  It should be interesting to learn the direction BetaDwarf has taken the story, developing it into a unique and engaging variant.  With plenty of questions even early on, and gameplay that seems non linear (big plus!) there are bound to be some unexpected surprises. 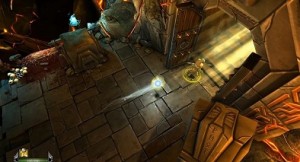 Through early Steam access, I’ve been able to check the game out and see what Wii U owners will eventually have access too.  Although I haven’t progressed very far, the potential is evident right from the get go.  From the first part, a good and helpful tutorial given via a celestial orb, to the early areas that show off colorful and detailed visuals with a really strong sense of scope (pics don’t do it justice) this is a game that appears quite polished.  Hopefully the Wii U version will be able to display the beautiful graphics without any drop in frame rate or too many lengthy loading times. 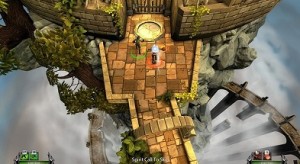 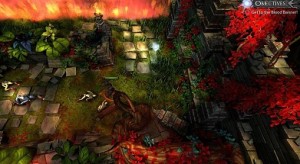 The enemies, even in the early goings, make a positive impression.  Ganging up on you when possible, and chasing you about, they demonstrate good and aggressive AI.  There is a solid weapon variety to combat them with however, and plenty of customization.  The latter should be an ideal fit for the Wii U GamePad, making customizing different skills a breeze.  Whether you are using the GamePad or Pro Controller though, it should be a big step up from the serviceable mouse/keypad setup I’ve used. 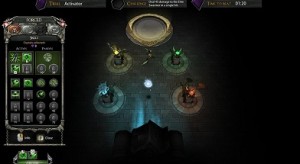 FORCED shows more promise than I expected from an admittedly inexperienced team.  It makes me wonder just how big a role passion plays with game design when I see software from industry veterans that make less of an impression than this game did.  It’ll be compelling learning what BetaDwarf has in store for their next project.  I’m sure there will be plenty of gamers watching them with great anticipation.

Wii U seems like it will be a great fit for this game.  I can already imagine advantages as far as control goes, and of course we’ve long known how Nintendo has been a haven for multiplayer games.  FORCED will clearly be at its best when played with friends.  While online will be welcome by many (and rightfully so) my guess is that local co-op will be where the game shines brightest.