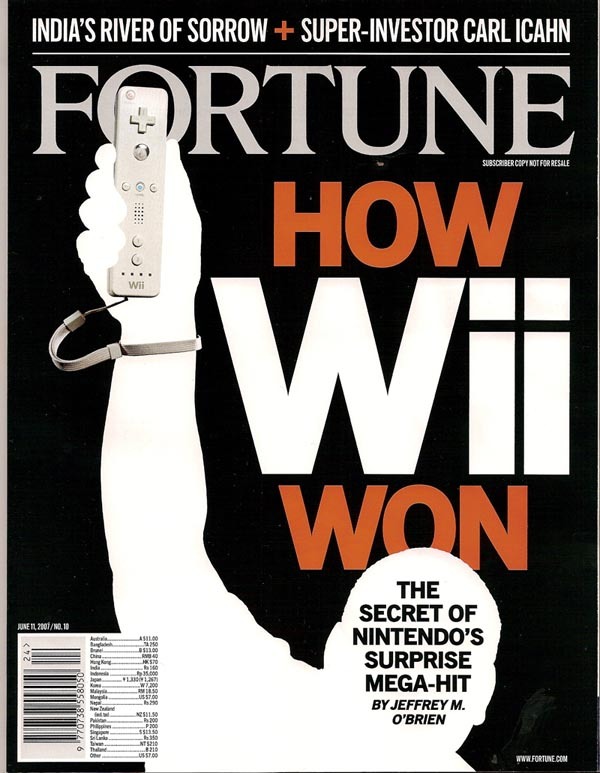 Fortune of the Wii

Its over!!! The console wars!!! Over!! Thats according to the next issue of the Fortune Magazine.

-Ubisoft says Nintendo is best console maker to work with

– EA says Nintendo is a pioneer

– Wii’s success has done little to convince Microsoft execs that they’rs on the wrong course (Peter Moore: “I love the experience, the price point and Nintendo content of the Wii, but Microsoft provides experiences that Nintendo cannot provide”)

– CEO of SCE America says give credit to Nintendo but points out that Sony have a innovative controller as well, technology doesnt go backwards and the Wii is a re purposed gamecube

– Sony views the world through the eyes of an engineer while Nintendo takes its cues from the outside world (eg. Pikmin from Miyamoto’s garden)

FUTURE
– Nintendo could stick with the current tech for a few years and then introduce a Wii 2.0 with PS3 tech but cheap

– relationship between Mac/PC – iTune – iPod could be like Wii – DS

– needs more stock, did not expect Wii to be so popular….currently making 1M a month but want 1.5M – 2M but its difficult