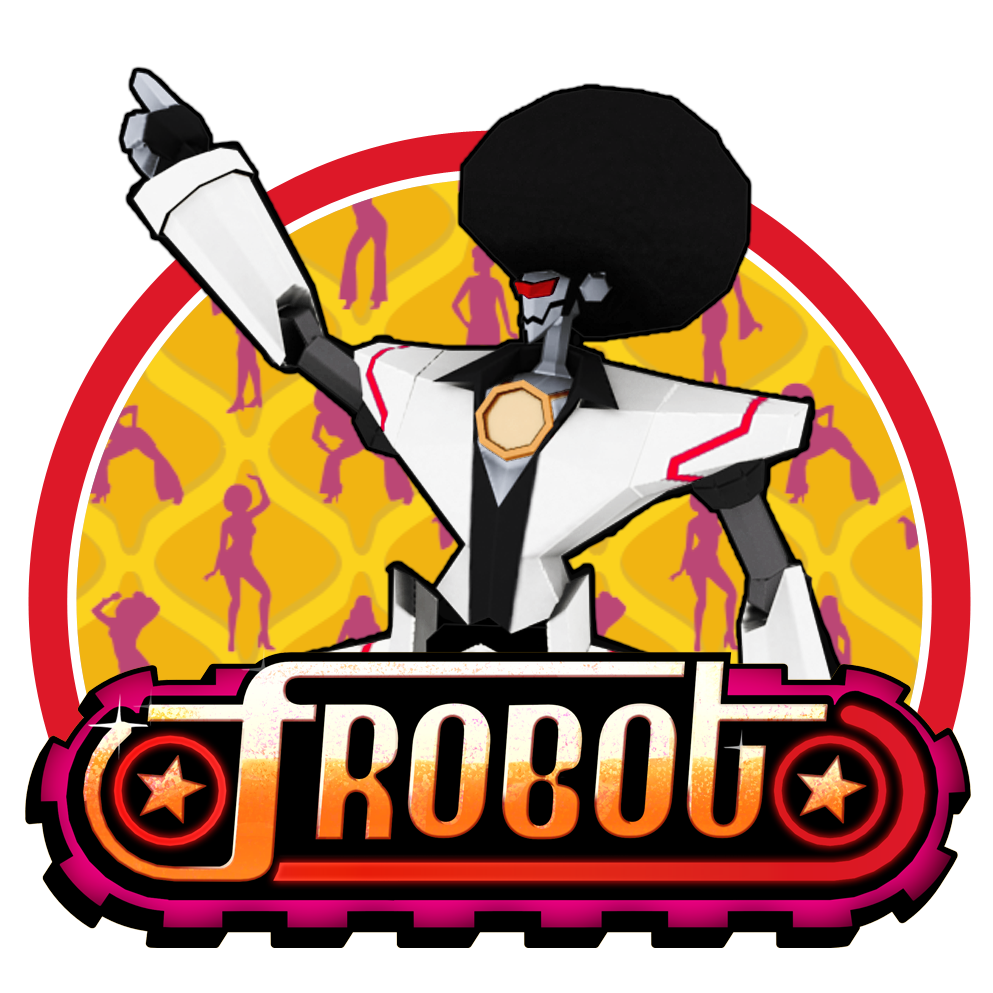 SEATTLE, Wash. – December 7, 2010 – On December 20th Frobot is beaming out of another dimension straight into your living room on Nintendo’s WiiWareTMservice! You can either get the full Frobot experience for 1000 points or just try a taste of that sweet action with the free demo comin’ out the same day. Livin’ it up in Europe? Frobot’s got yer back there when he invades the European Wii Shop Channel in 2011. So if you got friends, call em, and if you don’t, make some, cause it’s gonna be a party!

Frobot has been rated “Everyone 10+” with Mild Fantasy Violence and Mild Suggestive Themes by the ESRB.

Game Overview
Frobot is programmed to make love, not war, but when his five foxy girlfriends get botnapped he doesn’t skip a beat takin the fight to the streets. Blast your way up from the Funkytown Slums to the BotBlocker HQ and get back what’s yours!
Burn Baby Burn – Earn powerful special weapons including the Robo Hustle dash and the Jivestalker disco ball to help take on the Man!
The Big Payback – Journey through a story mode filled with action, adventure, and fro-frazzling physics puzzles to rescue your girlfriends!
Superfreak – Find hidden power picks and upgrade your style!
It’s a fight to the last Fro in Frobot’s multiplaya arena! Face off with up to three of your friends on one TV to see who will earn the spotlight.
It’s Raining Guns – Access an expanded arsenal of funky weapons including the Bass Bomb grenade and the Heartstopper shield!
Do the Hustle – Unlock multiplaya maps by beating single playa levels in record time!