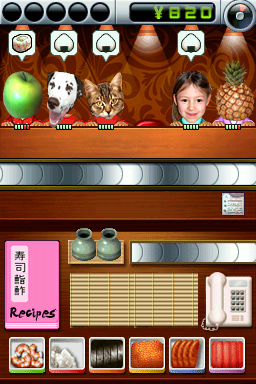 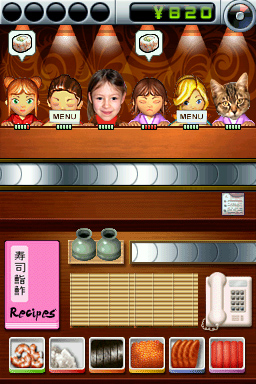 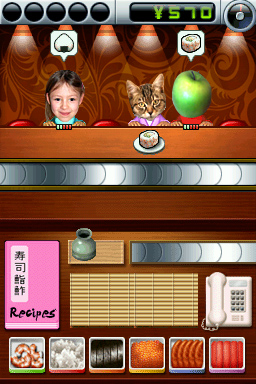 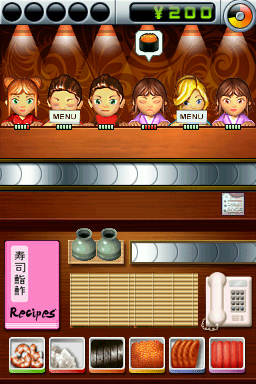 MIDLOTHIAN, VA – September 4, 2009 – SouthPeak Games has today dished out details of an exciting Nintendo DSi™-specific feature in its upcoming eat-‘em-up title, Miniclip Sushi Go-Round. By using the Nintendo DSi™ camera, players can take photographs of people, pets, objects – anything they want – then turn them into quirky customers that appear in their sushi restaurant.

This innovative aspect is thankfully a lot easier to use than a pair of chopsticks. After taking a picture, players just need to trace around the face/object and delete any unnecessary areas of the photo then save. These new customers will then pop in for some super sushi as you’re playing. Up to six pictures can be created, so you’ll never know who’s going to show up next!

Based on the popular Miniclip title, Sushi Go Round has been played online across the globe more than 60 million times. The Nintendo DS™ version is a complete renovation sporting all new graphics, new features and new modes expanding on the addictive time-management gameplay that made the original such a huge success. Players must run their own sushi restaurant, in which they’re responsible for memorizing recipes, preparing food, ordering fresh ingredients and – most importantly – working hard to keep the constant stream of customers happy.

Miniclip Sushi Go Round will be available for Nintendo DS this November. For more information, visit www.southpeakgames.com.