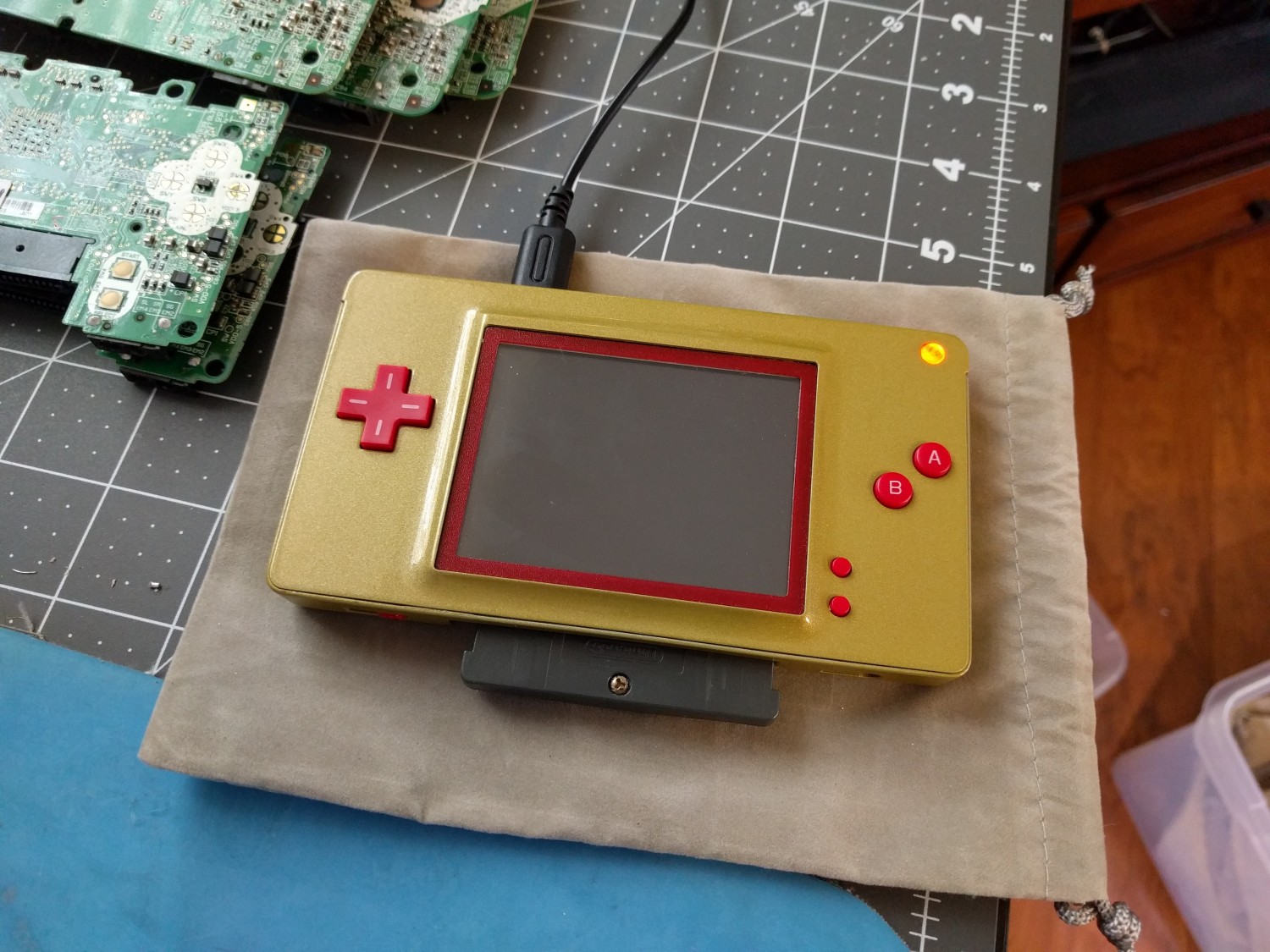 Nintendo Fan Anthony Thomas has created a product he calls the Game Boy Macro. Thomas takes existing Nintendo DS and takes off the top screen and exchanges it with a modified shell. The process he does is both customizable and makes the DS look like a larger Game Boy Micro.

For Pricing and ordering visit the Game Boy Macro website

What do you about what Anthony Thomas is doing and are you going to buy one? Tell us in the comments down bellow.