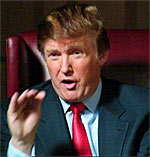 With the recent Kanye and Lynch throw-down, and the firing of one GameSpot reviewer, which lead many to boycott GameSpot. GameRankings decided to take it a little further by removing Gamespot and its reviews from their site. Do you think that GameRankings is taking this a little too far? Or is GameSpot getting what it deserves?

No, I didn’t get rid of their data “on purpose”. I honestly have no clue how it disappeared and before anyone asks—no, I didn’t delete the site.

I am no Tech but I will take a guess and say there will have to be a restored backup to get close to 10,000 in reviews and 60,000 in other articles back on GR. So I stopped adding anything new last night. Why have to add it all over again, ya know? I also did a lot of behind the scenes work that will likely have to be done…again. So yeah, in essence, I should have called in sick yesterday and avoided this whole mess!