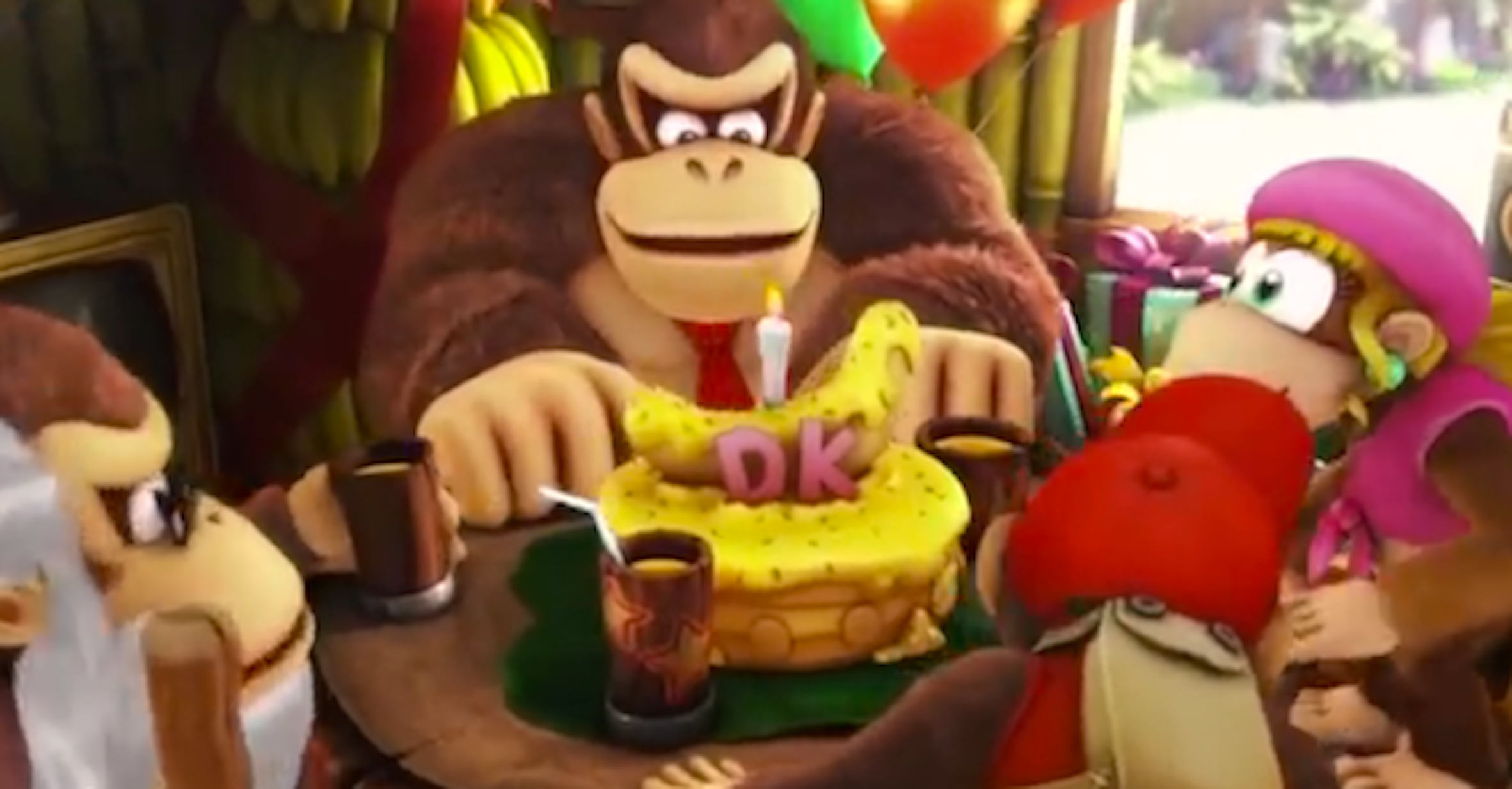 The introduction to the recently released “Donkey Kong Tropical Freeze” features DK and the gang having an apetastic party which is then crashed by a flock of chilly enemies. What’s wrong with bad guys nowadays anyway? They don’t even have the common decency to let a gorilla enjoy his banana topped cake. I’ve always been a fan of DK and his chimp sidekick Diddy, with Donkey Kong Country being one of my top five favorite games ever. It has been and always will to such a thrill to play, no matter how many times I’ve played it. And in my honest opinion this new entry looks stunning, I personally cannot wait to get my hands on it, especially if its anything like Country.

Going back to the footage, a glorious banana topped cake is displayed front and center, waiting for DK to blow it’s candle out. Unfortunately for this dexterous gorilla he couldn’t enjoy his cake. However, I recreated the same cake and DK is welcome ’round to share some with us!

Fun Fact: The fourth world in the first Land game is in fact the city that the very first Donkey Kong took place in, the one where the original Kong held Pauline hostage on top of a skyscraper.

Cream butter and sugar until light and fluffy. Add eggs one at a time, beating well after each addition. Add mashed banana and mix thoroughly.Stir soda into hot milk and add to creamed mixture.

Sift flour and baking powder together. Stir into creamed mixture until combined.

Divide into two greased and lined 20 cm round cake tins.Bake at 180°C for 50 minutes or until cakes springs back when lightly touched. Leave in tin for 10 minutes before turning out onto a cooling rack. Cakes can be filled with whipped cream and sliced bananas.

In a saucepan, stir together the sugar and water. Cook over medium-high heat until the sugar is dissolved and the mixture is bubbly. Stir constantly.
In a medium mixing bowl, lets eggs whites and salt sit for a couple minutes. Whip the egg whites, salt and vanilla to soft peaks. Gradually add the sugar mixture while whipping constantly until stiff peaks form, about 7 to 10 minutes. Finally stir in the banana milkshake powder, add more if desired.

Optional:
I covered the cake with a royal icing that I dyed brown, and topped with sprinkles and DK letters. It was almost too sweet, so if you do attempt to make this cake, be advised for future cavities.

Fun Fact: “Jungle Fantasy”, the Japanese OST for the original DKC, contained seven arranged songs, all exclusive to the soundtrack. The OST was eventually released in Amercia as “DK Jamz”, though out of all the arrangements, it only contained Jungle Groove, leaving out the other six songs. 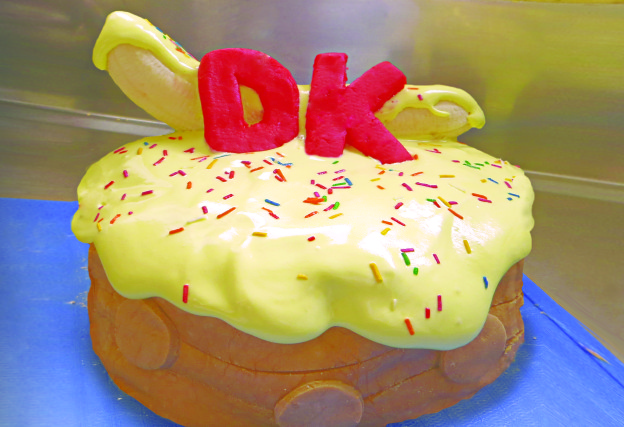 Erica Gunther is a contributor of Pure Nintendo Magazine and more of her recipes can be found over on her blog at Moogle Pie, or alternatively you can find her latest recipes in Pure Nintendo Magazine itself by subscribing.
[button link=”https://purenintendo.com/magazine/” size=”large” target=”self”]Subscribe[/button]