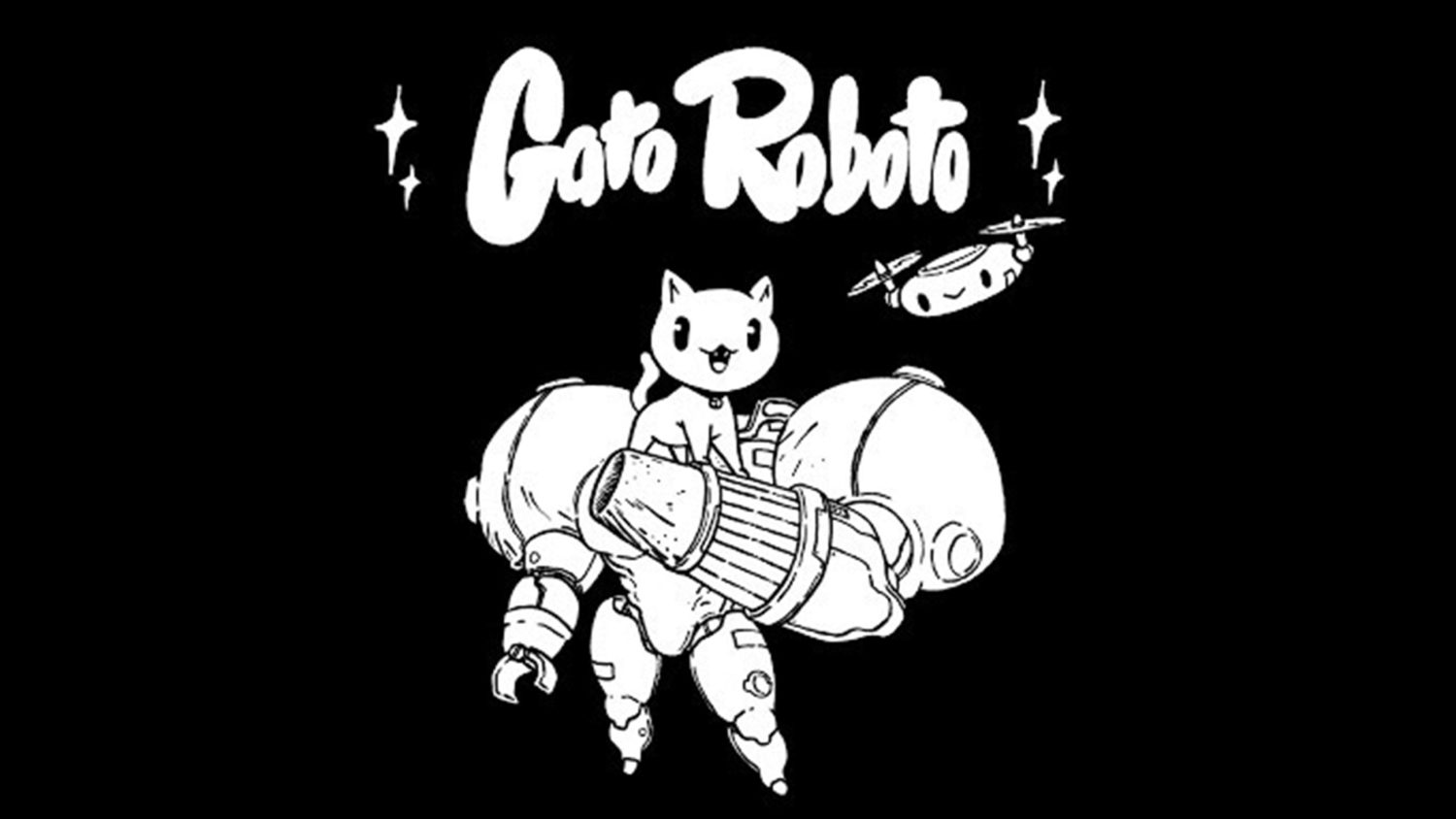 Sometimes, to innovate on a bloated genre, you have to step backward. In the case of Gato Roboto, the time warp gets positively monochrome. 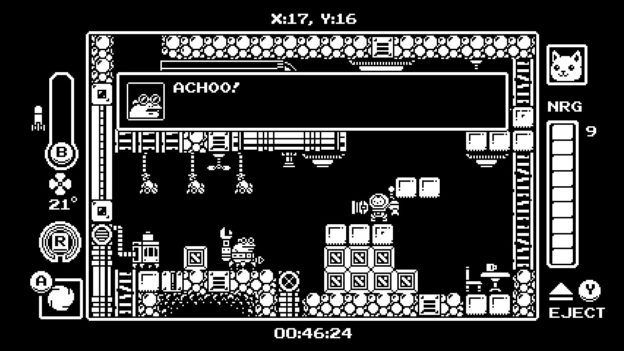 Metroidvanias are plentiful nowadays, especially on the indie scene, considering that Nintendo is really stingy with Samus Aran, and Konami has relegated new Castlevania games to be nothing less than cheap God of War clones. One thing’s for sure, Gato Roboto stands out on its looks alone, with its extremely lo-fi presentation. We’re talking pea-soup green Gameboy graphics. When you go simple on design, you’ve got to bring it on from damn near every other aspect. Amazingly, I would describe most of the environments as dense and rich with detail.

Gato Roboto stars, what else, but a cat who occasionally jumps into a mech suit. Your hapless owner has crash landed onto a planet, uncovering a massive underground labyrinth filled with secrets, monsters, and yeah, even a few conspiracies. The way it all fleshed out reminded me very much of Metroid Fusion, only without the handholding or unbearably long cut-scenes.

And would you believe it, this dangerous wilderness is practically perfect (purrfect?) for a small and adorable cat named Kiki to traverse. Ever brave Kiki starts the adventure reluctantly, squeezing into tight spaces, and climbing up walls better than Samus or any Belmont ever did. However, most of the action-packed parts of Gato Roboto take place after Kiki has hopped into a mech suit, which allows her to fire phasers and missiles at will while keeping her safe from alien threats.

Metroidvanias typically live and die by their pacing. If backtracking and digging up new areas feels like homework, the fun levels reach a critical mass. Luckily, Roboto doesn’t waste your time, and unlike Gameboy title Metroid II, getting around is easy, the map is readable, and the secrets aren’t too difficult to dig up.

Spots between boss fights are never terribly challenging. The difficulty curve seems to increase once you stumble upon a boss, which aren’t exactly Dark Souls hard, but they do require a good bit of patience to tackle. I would have put Gato Roboto away indefinitely if it weren’t for the fact that there was usually a save space near important and challenging areas. 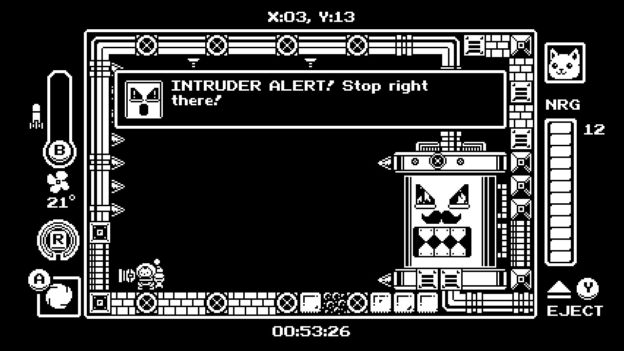 Otherwise, the usual genre-defining goodies are all here. The game pays you to explore, not only to expand Kiki’s health bar but to unlock even more monochrome designs. And it wouldn’t be a Metroidvania without the possibilities of speed running. The game has a ticking clock at the bottom, to pressure you into a possible world record.

Gato Roboto accomplishes so much with so little. Even those it looks like a game that would be on the Atari 2600 or the big brick Gameboy, every aspect of Kiki’s world glows as bright as one of the best of the Metroidvania genre. Plus, it’s a cat in a mech suit, does a game get any more charming than that?