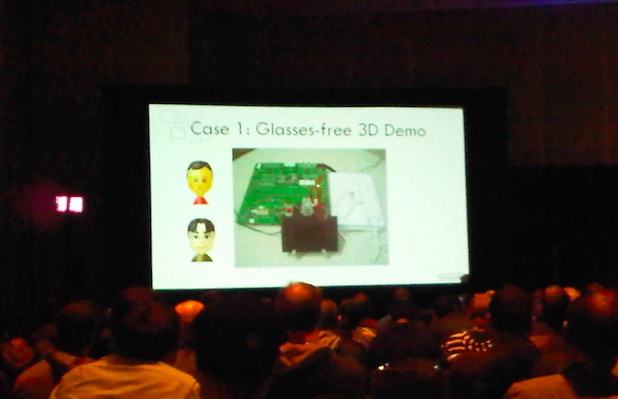 GDC 2011: 3D Mario Kart Shown On The Wii With Out Glasses

Ok I made sure to read as much about this as I could before I wrote this. I want to get this right. During Nintendo’s Producer Hideki Konno keynote speech today he showed an interesting TECH demo. (Want to clarify, TECH) The demo used an average TV, a Wii, and an augmented Mario Kart game, and with all of this showed off a glasses free 3D game. Much like the slider on the 3DS, the Nunchuck was used to control the 3D depth.

If you remember about two weeks ago we posted up some statements from Mr. Konno about the 3DS production.  (HERE) In them he did mention trying out 3D with the Wii. I wonder if this was the TECH demo he was talking about?