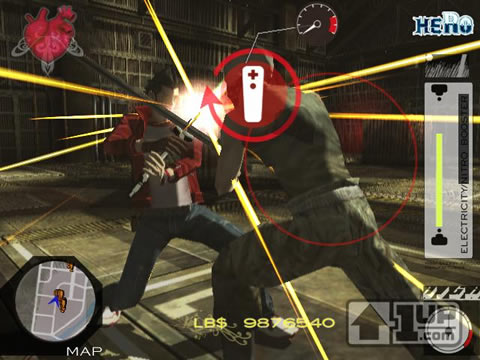 1up has a full preview of No More Heroes and even some new screens to show off the game’s unique style.  They go through the speech given by Goichi Suda and also the controls in the game.  Here’s a snippet:

No More Heroes should be out sometime before the end of the year.