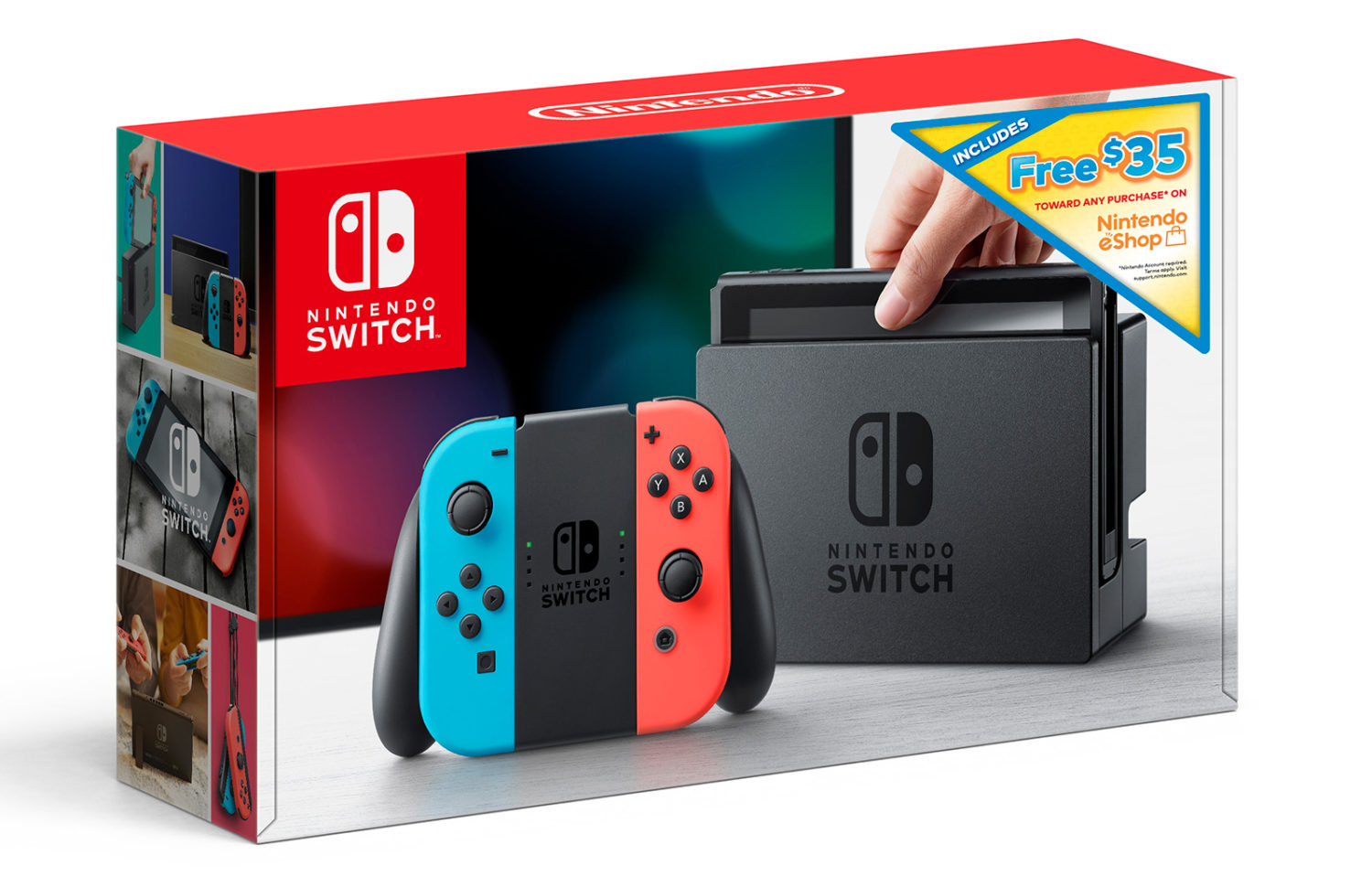 I imagine that few of you reading Pure Nintendo are currently without a Nintendo Switch, but whether you’re still looking to buy one or are trying to convince a buddy to pick one up, Nintendo has announced a new deal to push you along. Starting February 15th, Nintendo Switch retail purchases will come bundled with a $35 Nintendo eShop download code.

The reason for the offer, according to Doug Bowser, Nintendo of America’s senior vice president of sales and marketing, is that the company, “… wanted to make it easier for consumers to purchase their first game after picking up a new Nintendo Switch system. New Nintendo Switch owners can explore Nintendo eShop and use the bonus $35 credit toward the purchase of a game that’s perfect for them.”

It makes sense, as nearly every game available for the Nintendo Switch can be purchased as a digital download, and the $35 will cover the cost of most Nindie titles and ports. Premium games still cost upwards of $50 to $60 bucks, so Nindie developers will likely love that Nintendo is giving new owners incentive to check out their titles.

It’s also great that Nintendo isn’t forcing a specific top-tier game on owners as they usually do with package deals. Yes, the Mario games are great, but a good number of us prefer to have a little more freedom when deciding what to play.

The Nintendo Switch + $35 Nintendo eShop Credit Download Code bundle will be available February 15th at a suggested retail price of $299.99 while supplies last.