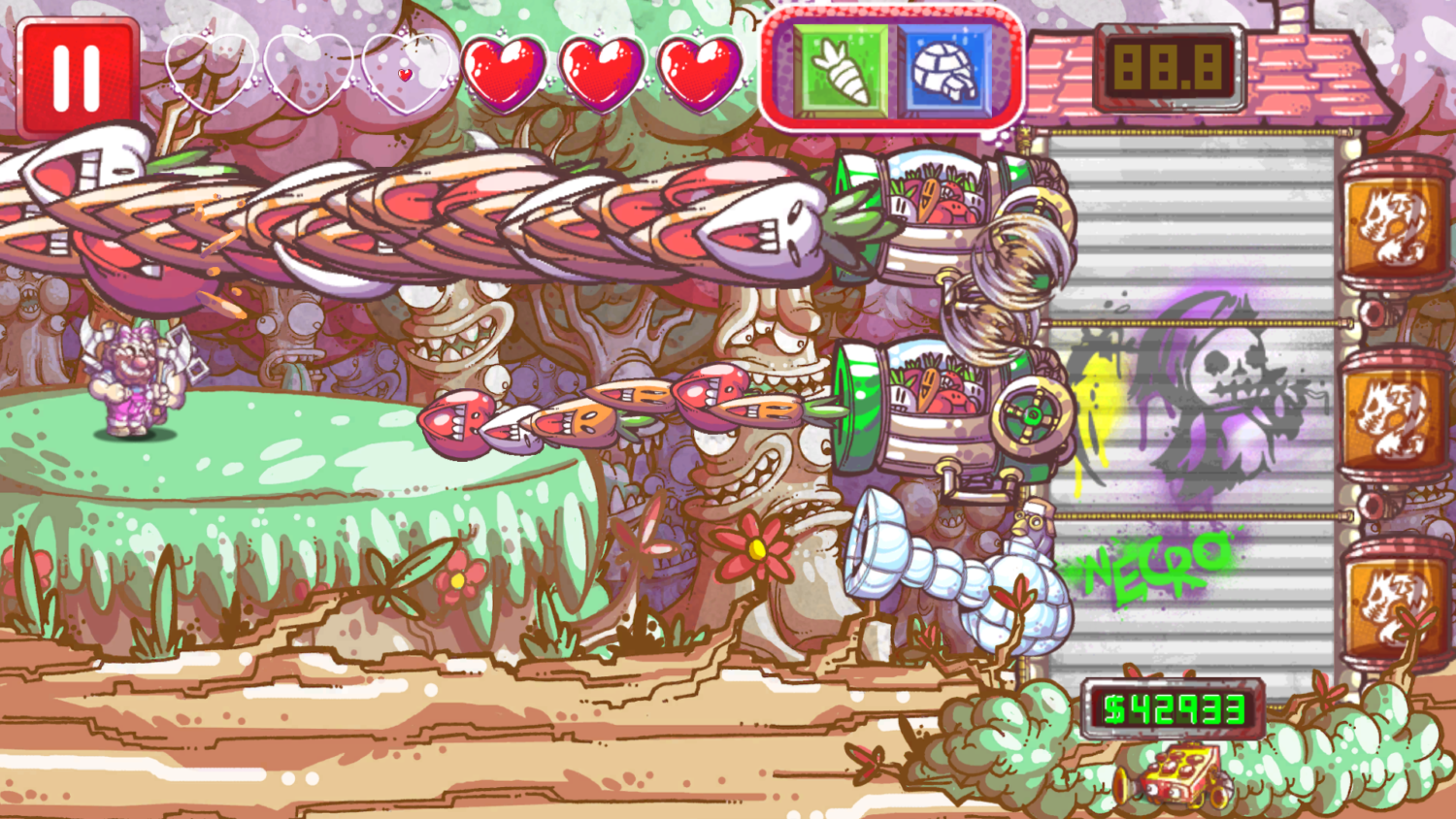 Get blasted with Necrosoft’s Gunhouse, available for Nintendo Switch now

Get blasted with Necrosoft’s Gunhouse, available for Nintendo Switch now

Gunhouse’s unique gameplay combines puzzle and tower defense elements, where players can use combos to launch a hail of bullets and special attacks at alien invaders. The game was initially released in 2014 and has since made its way to multiple mobile devices, making the Switch version the first console release. It also includes new special features, like more enemies and stages, a hardcore mode, higher-res graphics, rotating objectives, and stats tracking.

Gunhouse seems to pride itself on its weirdness, with a unique art style. It also promises plenty of features, including weapon upgrades, infinite levels and “hecked-up bosses”.

Brandon Sheffield, Creative Director at Necrosoft, believes that the Switch is the perfect home for Gunhouse, suggesting that:

..you’ve never played a puzzle game quite like this one. Many poor souls have been lost to its addictiveness – some fans have been playing this game for 80 hours and counting! They’ll never be free!

If this sounds intriguing to you, check out the trailer below to see the game in action.

Gunhouse for Nintendo Switch is available on the eShop right now for $14.99. Let us know if you’re already playing the latest version of this hybrid title.