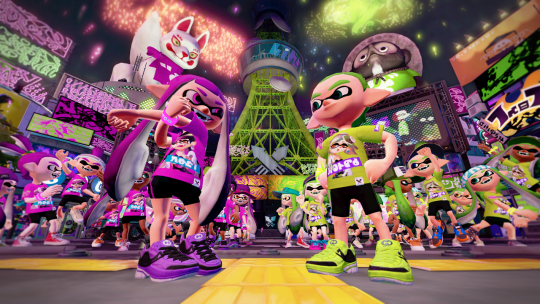 ESL Play has announced a Splatoon tournament for Europe starting this weekend, with quite the prize for the ultimate winners.

The tournament officially begins on 11 September, and will run for the next six months. Players can sign up to compete in 4-on-4 bouts during weekly cups, with a monthly final taking place.

Some neat prizes are also up for grabs, including official Splatoon clothing for the monthly winners. The main prize of the tournament is something special though – all players on the winning team will take home a brand new Nintendo NX system.

Will you be partaking in the tournament? Let us know your thoughts on the competition – and the prizes – in the comment section below.

We are happy to announce that Splatoon will be joining the Go4 family on ESL Play on September 11th. From that day throughout the next six months, everyone will be able to sign up and test their skills for a chance to win some prizes.