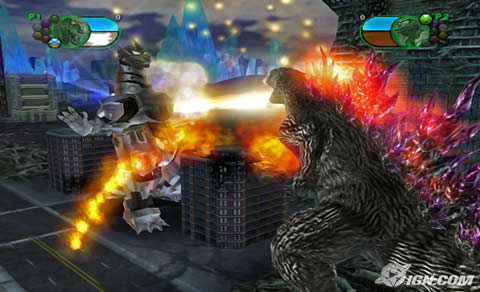 IGN has a good preview for the upcoming game: Godzilla Unleashed for Wii.

“What surprised us was how well the current Wii controls work with the fighting system. Atari and Pipeworks made it clear that the mechanics will most likely change as the game’s tweaked in the next few months, but we can see the potential for Wii motion sensing for this fighter. Movement’s handled via the nunchuk analog stick, with attacks mapped on the A or B button on the Wii remote…”

They had good things to say about what they played of the game so far.  Look for this game to release soon.  Hit the jump for more info and screenshots.