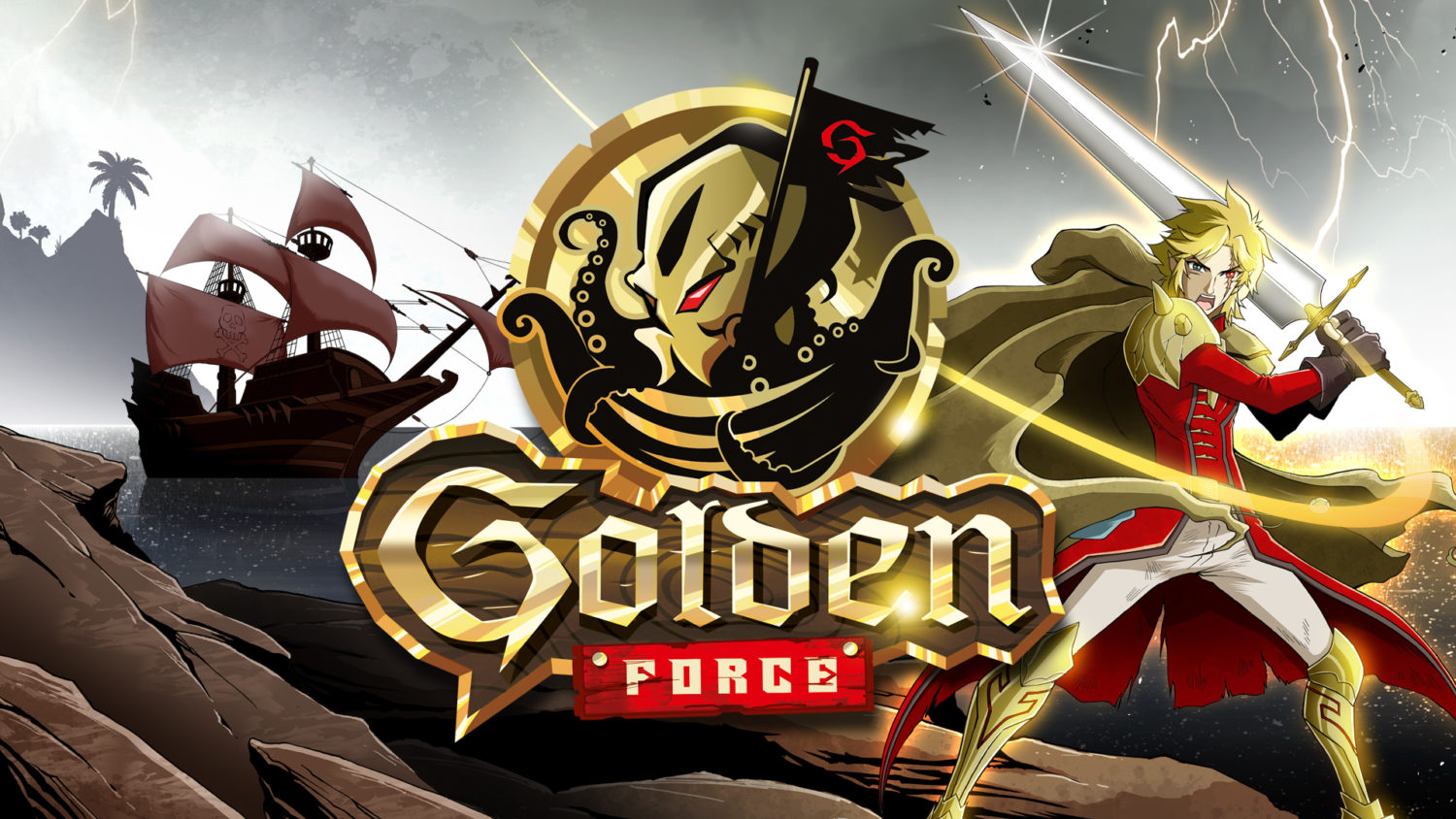 Capturing the magic of the 16-bit era is a tricky, often impossible alchemy, but it doesn’t stop countless devs from trying. In most cases, games pretending to be from the decade of Crystal Pepsi and Seinfeld fall flat. Every so often, the impossible time warp is successful. Golden Force is one such success. 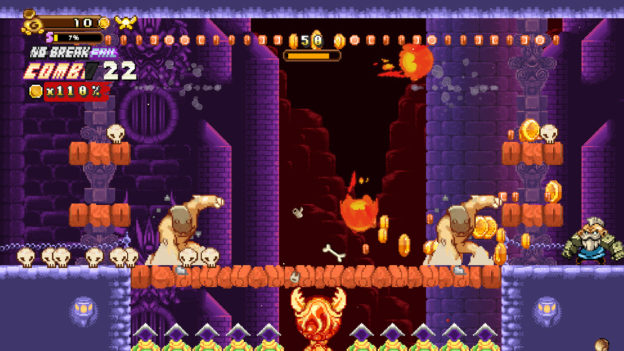 From the second I saw gameplay footage for this 2D action platformer, there were a handful of titles that ran through my head. Gunstar Heroes, Wonder Boy, Rocket Knight Adventures, and Shantae were just a few titles that came to mind, and my foresight wasn’t terribly off the mark. But it’s not nice to judge a game simply by a quick YouTube snippet.

Golden Force stars four swashbuckling adventurers looking to score it rich. The easiest way to booty is by slaying the evil Demon King, while looting baddies along the way. There are four characters to choose from. Gutz is a typical, blonde long-haired swordsman. If his tunic was green instead of red he’d resemble you–know–who. Spina wields scimitars and looks so much like Shantae it’s nearly criminal. Ax-wielding Drago is too adorable to be ferocious. Elder has two mechanical fists and a mohawk. The looks are varied, but each character plays identically.

This brings us to the combat system. All combat is melee-based, complete with a combo meter and the ability to charge up your strikes. Combos can be performed by striking enemies in succession, alternating melee attacks and dashes. Dashes operate much in the same way they do in Rocket Knight Adventures and aren’t useful in combat alone. They can also be used to avoid pits and spikes, and to reach new heights.

Wario Land. There’s another game that came to mind. Treasure hunting is the reason for the whole adventure, after all. Each level provides three secret coins and a seashell. These can be cashed in for health and combo upgrades in between levels. And trust me, you’ll need them.

This game is hard. I’m talking Nintendo hard. It took me four tries to beat the tutorial stage alone. Annoying as it was, it was a welcome baptism by fire to prepare me for the rest of the game, which was even more difficult. Every stage has a checkpoint, and lives are non-existent, so it’s not terribly unforgiving. But if you’re not used to difficulty in your platformers, playing Golden Force might provide a bit of shell shock.

And that’s not taking the boss battles into account. Sure, you can try and memorize patterns, but attacks typically change up more than a couple times during every boss showdown, and you’ll have to plan your attack strategy instead of going in gung-ho. As someone who struggles with tougher games, a few battles were so frustrating that I had to put the game down for a few hours before continuing. That said, it only made conquering baddies that much more satisfying. 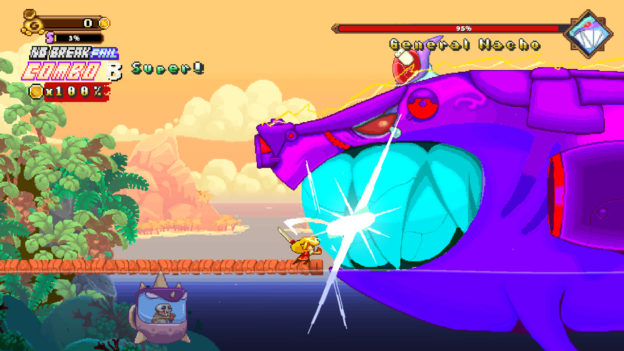 While I hate to be shallow, the shiny, Genesis sprite-based look is what dragged me towards Golden Force. And truth be told, it’s one of the reasons I kept coming back despite the astronomical difficulty. The grumpy old man inside me wishes at least half of the games made today looked as colorful and pleasantly retro as Golden Force looks. The soundtrack is equally charming and captivating as the visual direction.

Golden Force doesn’t reinvent the wheel, but it does the nearly-impossible by offering a truly 16-bit experience, from sprite-based visuals to the tough-as-nails difficulty. If Gunstar Heroes copulated with Rocket Knight Adventures, Golden Force would be its beautiful brood. Just don’t go digging for the easy mode, it simply doesn’t exist.