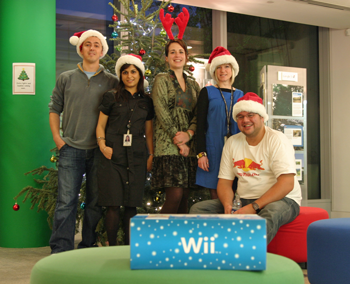 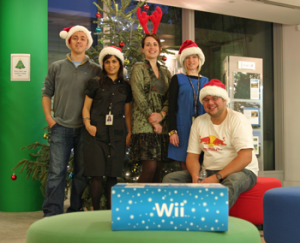 Taken from the Google blog:

The UK engineering recruitment team started to plan its annual Secret Santa gift exchange. But as they began thinking about last year, they realized that hardly anyone on the team could remember what they’d received, let alone given. Instead of spending 10 pounds on gag gifts, they decided to use the money to make a difference. After discovering that a local children’s hospital was in desperate need of gifts, they quickly raised enough money to buy a Nintendo Wii gaming console for one of the wards.