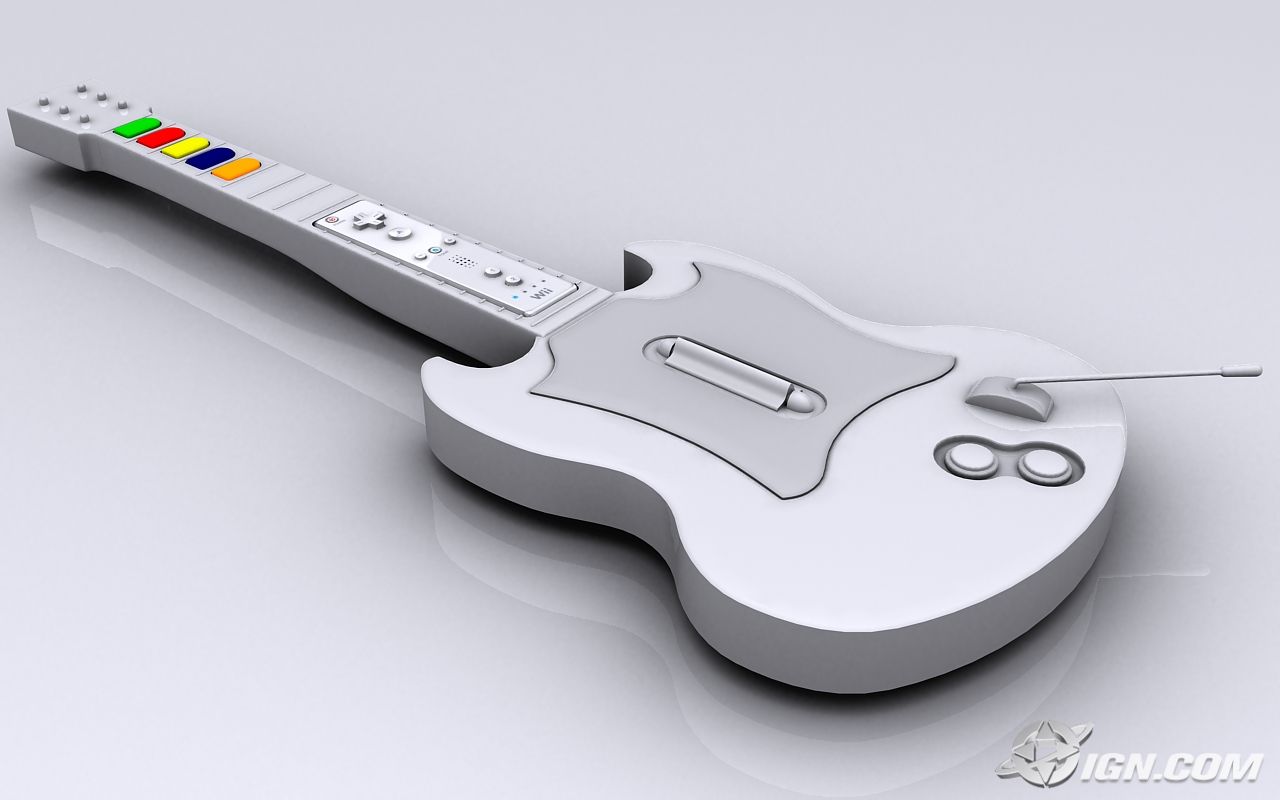 ^ The above images are just mock-ups.  These are NOT official screenshots!

IGN Wii talks about the latest game in the series for Wii, and what potential the game has for Nintendo’s system.  Here’s some of the possibilities IGN talks about for the guitar controller:

The Wii guitar shell will almost certainly be wireless due to the very nature of the Wii console. Unless Activision and RedOctane choose to plug the guitar into Wii’s GameCube docking port – highly unlikely – it’s going to need to utilize the Wii remote’s wireless functionality. This truth makes the Wii build immediately attractive for Guitar Hero fans who have for years complained that the peripheral is wired. Theoretically, Activision could cut costs by using all the functionality of the Wii remote, including its accelerometer for the tilt-based “rock out” motions that have become a staple of the franchise.

I can’t wait to see what Activision does with the Wiimote/guitar combo.  I’m hoping for the best!