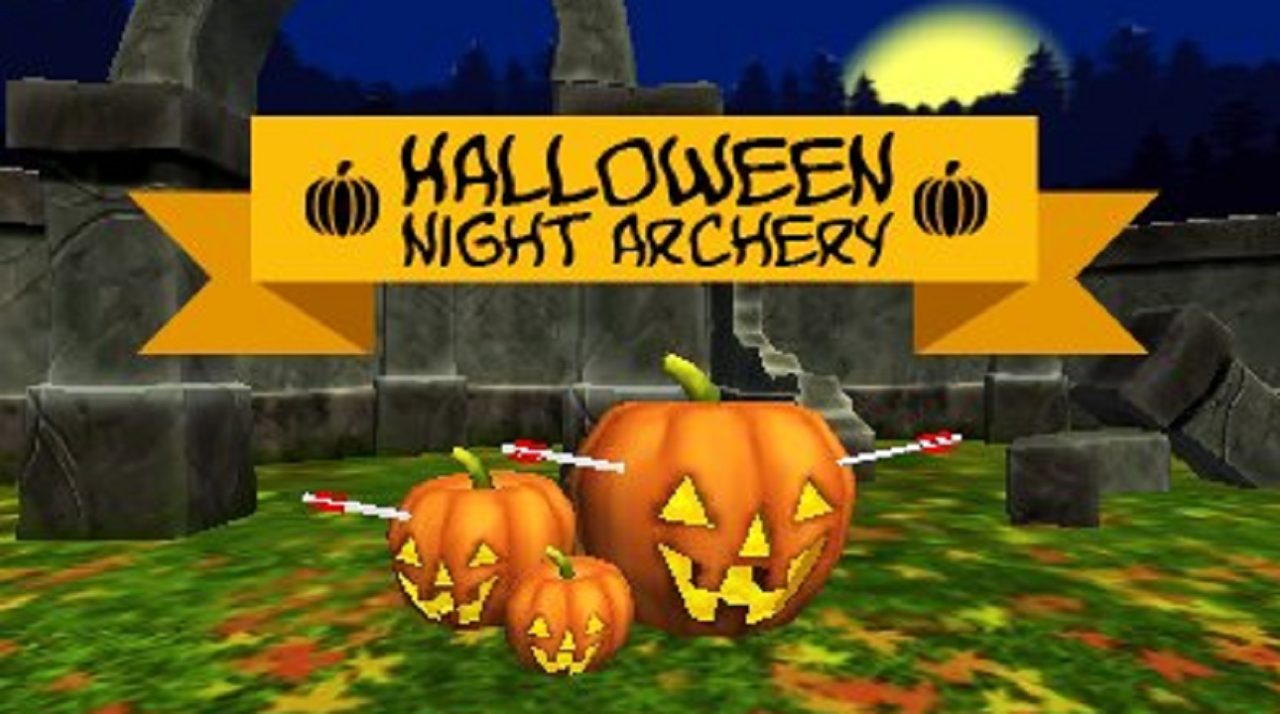 Halloween Night Archery is an arcade, action, first-person simulation game. It is from publisher and developer Petite games. It runs at $1.99 on the eShop. Is this little piece of holiday fun worth the price?

Gameplay is simple, as you touch the screen to aim the arrow, let go and the arrow fires. Aiming isn’t as easy as it sounds as there is no indication as to where the arrow is pointing.

Classic gameplay has players getting ten arrows to reach the highest score possible. There are three different distances for difficulty, five meters, ten meters  and fifteen meters. Point values are starting from the center bullseye  the highest at ten points. Each outer ring from the bullseye is two points less.

In arcade mode, players are trying to shoot jack o’lanterns. Once a jack o’lantern is hit it explodes and appears in another part of the stage. To keep things interesting the Jack O’Lantern appears in a different part of the stage so you can not memorize where they will appear next. For each jack o’lantern hit, ten points is earned. Each stage in arcade mode is on a different time limit from 30, 45, and 60 seconds. The goal is to earn the highest score possible within the time period.

Level design is interesting, as it takes place in the graveyard. The interesting part is for classic mode the level design changes for each level. For arcade mode the stage is the same regardless of the amount of time.

The sound of the game is crickets chirping, giving an interesting feel to the game. The sound feels like a real fall night. It also gives kind of an almost eerie, alone feeling.

In the end, Halloween Night Archery offers up a solid feel of an archery gallery. The 3D worked which was a nice surprise. The multiple stages kept the game feeling fresh. So if you are looking for fun Halloween title to play this game is certainly worth a look.

In the end, Halloween Night Archery offers up a solid feel of an archery gallery.