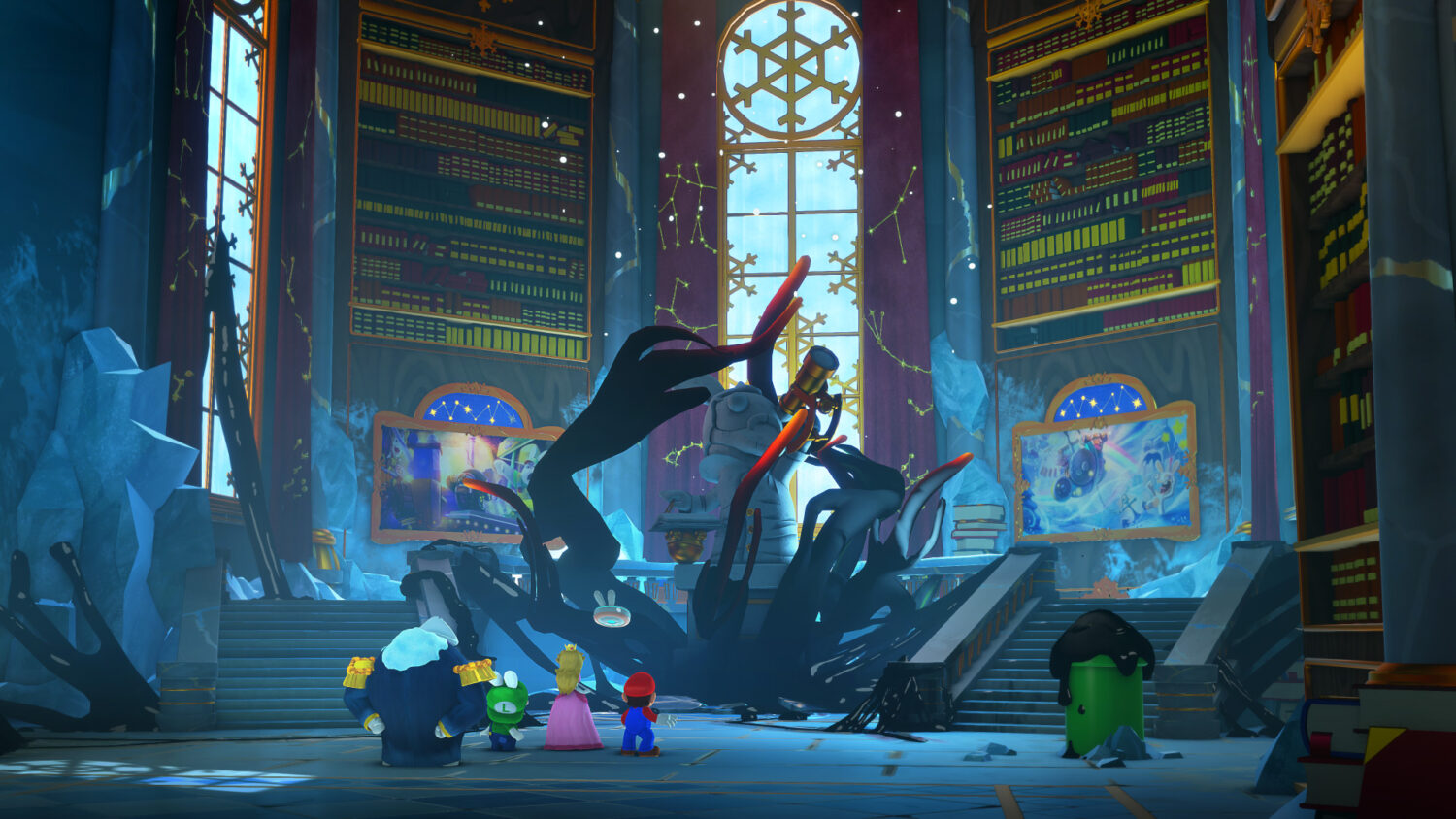 Earlier this month, Ubisoft invited Pure Nintendo to San Francisco for a hands-on presentation of the forthcoming Mario+Rabbids Sparks of Hope. At the media event, I was able to spend around three hours playing the game, an opportunity surpassed only by the time I spent speaking with the game’s creative director, Davide Soliani.

Our gameplay sessions were broken into two segments. The first involved the game’s prologue and the opening world. This introduced us (as it will the players) to the game’s plot and combat mechanics. The second session jumped a few worlds into the game, giving us a closer look at the intricate strategies that’ll be involved once things kick into high gear and the party configuration options become more intricate.

I had hoped to provide video of these sessions. Unfortunately, something went wrong with my gameplay capture, and I came home with no audio. My brilliant idea to record my own sound effects (ala Teen Titans Go) was nixed by my editors. So, rather than have you watch me (as Mario, Rabbid Peach, Edge, etc.) run silently through the game, here’s a much quicker bullet-point preview of what you can expect from Mario+Rabbids Sparks of Hope when the game releases on October 20, 2022. 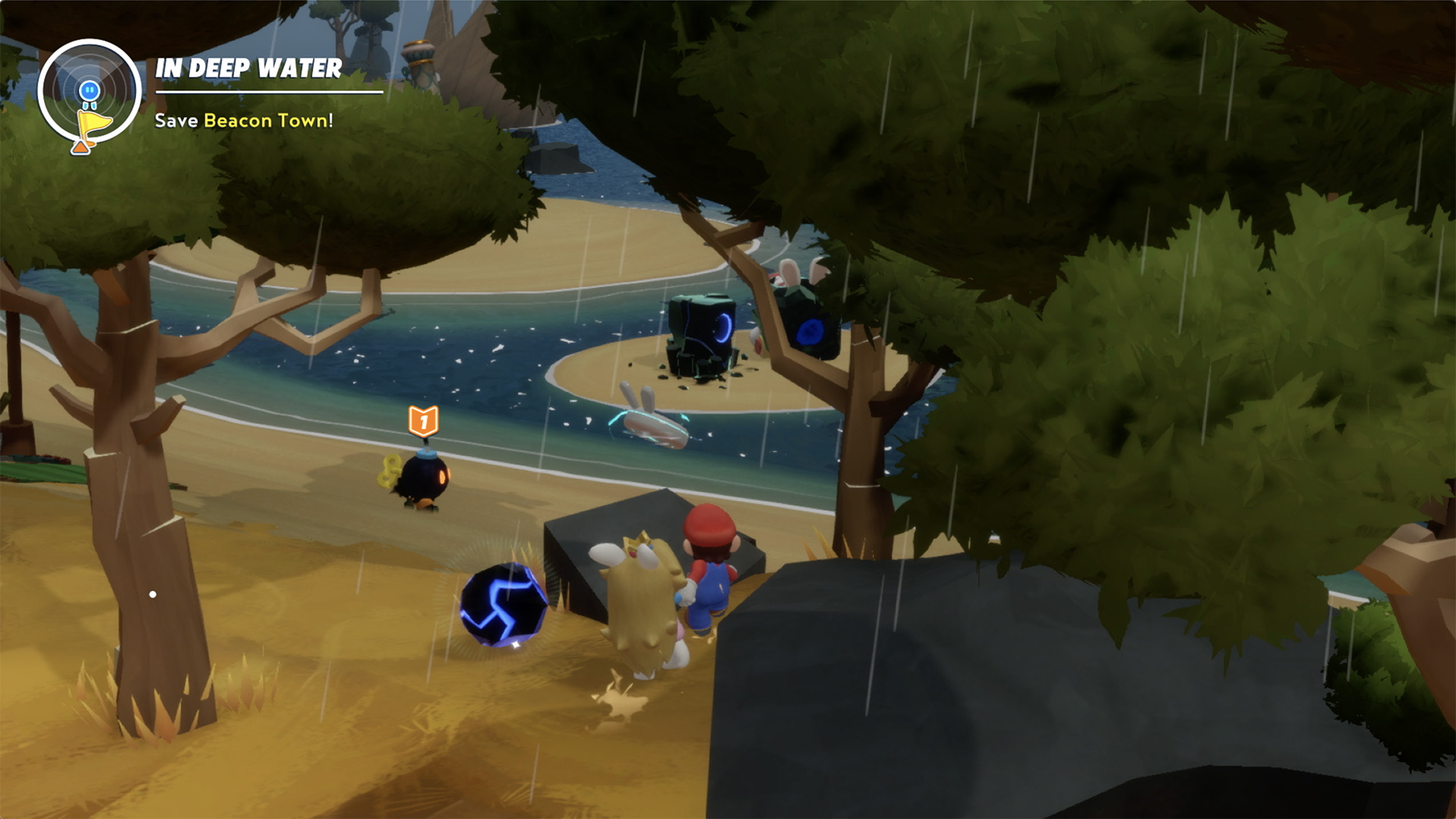 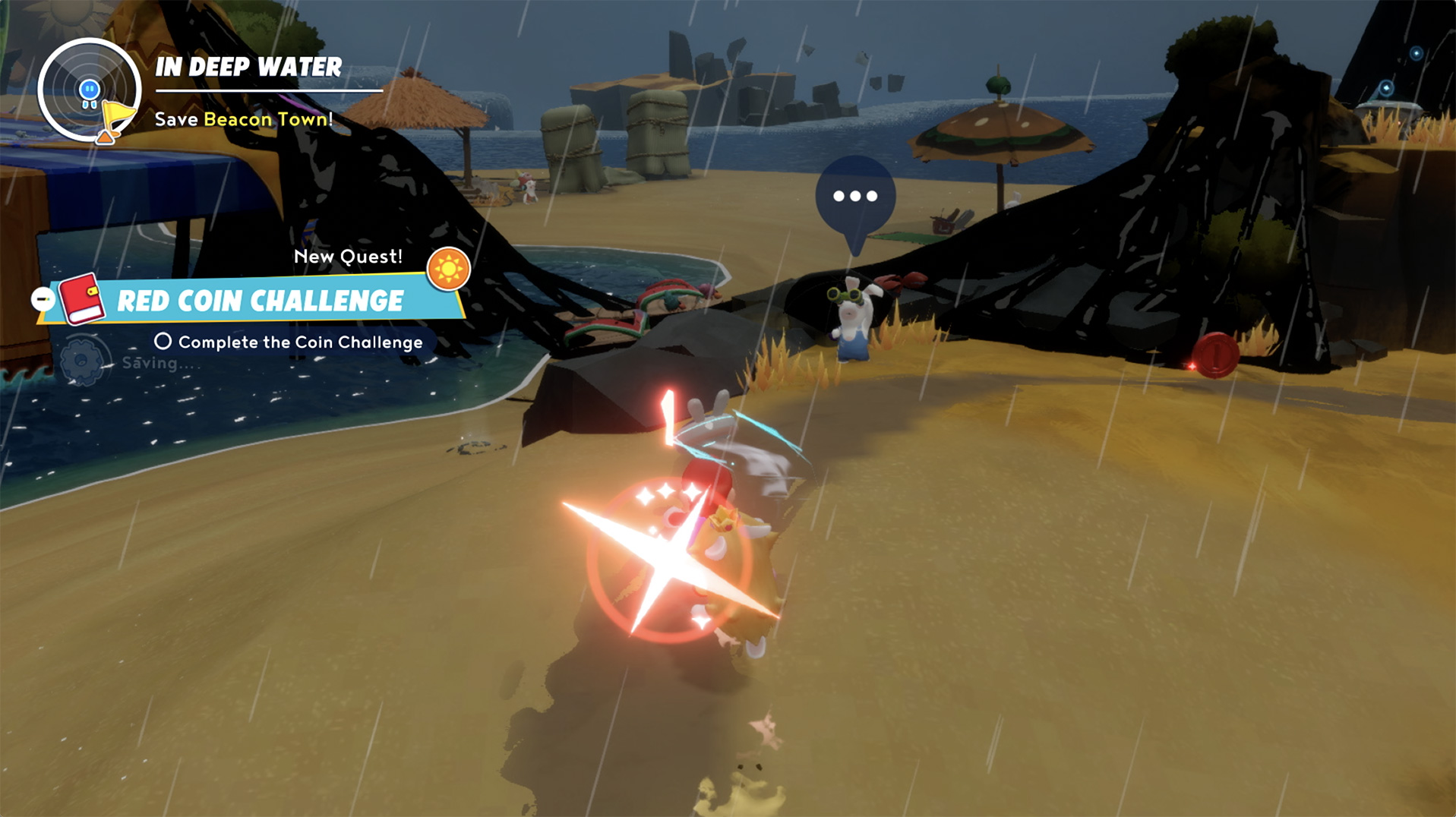 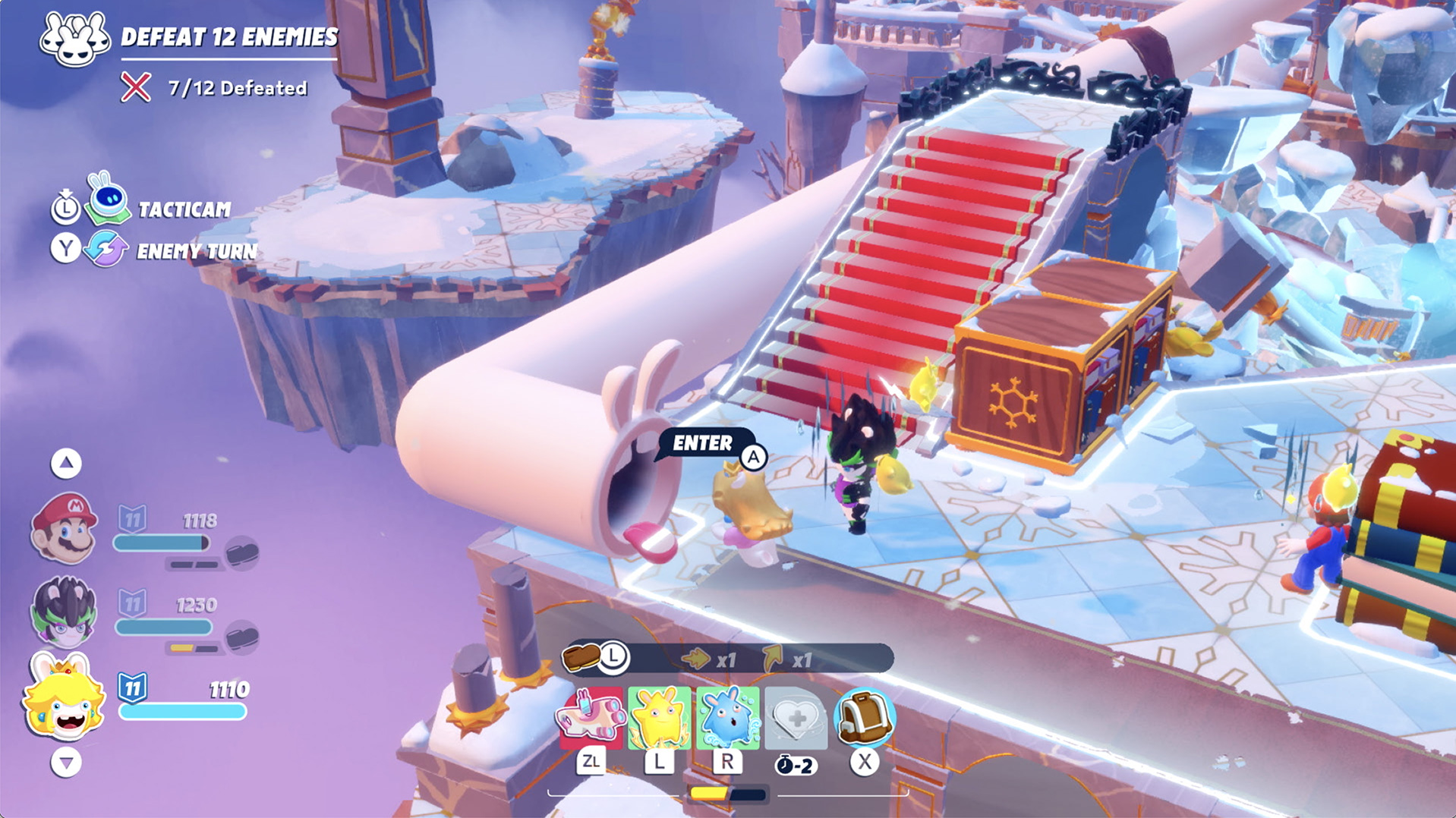 There’s plenty more to go over, but we’ll save the details for our full review. Instead, I’ll wrap things up by saying Mario+Rabbids Sparks of Hope almost instantly won me over with its deeply strategic gameplay that’l satisfy most turn-based strategy gamers. I’m more into that camp than I am the Mario or Rabbids world, but I am also charmed by the game’s colorful presentation and goofy sense of humor. Ends up tactical strategy games don’t need heavy doses of melodrama to be successful. Who knew?

Is Sparks of Hope better than Mario+Rabbids Kingdom Battle? I can’t say, as I didn’t play that. But that’s another feather in Sparks of Hope’s hat; you can enjoy it without having tried the previous entries in the series. A lot of gameplay has been jammed into this game, along with almost as many surprises. I’m sure I barely scratched the surface during my hands-on opportunity, and I’m looking forward to digging deeper when the game is released on October 20th.

To learn more in the meantime, visit www.ubisoft.com or check out issue 62 of Pure Nintendo Magazine.