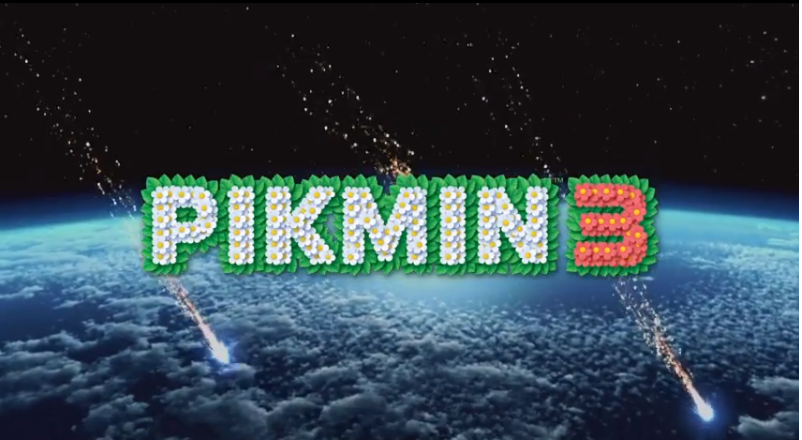 Hands On With Pikmin 3

I think its pretty safe to say that we all love food. It comforts us, energizes us and keeps us moving. But what do you do when your planets food supply is running low? Easy. You just travel to another planet to get some more! With the help of the ever so cute Pikmin, our main characters Alph, Brittany and Charlie can already consider the mission accomplished! Here is my hands on experience with Pikmin 3.

First off are the visuals. Pikmin 3 is absolutely gorgeous. Your surroundings on the Pikmins planet are now presented in beautiful HD giving off realistic impressions to the audience. The water looks vibrant and calming, while the fire visuals are stunning. But by far the best quality about Pikmin 3’s looks, is how it is able to maintain the art style that we’ve grown familiar with in previous Pikmin titles.

Now a pretty looking game is good and all, but how does it play? Well perfectly to be exact. The show floor demo offered players mission objectives such as collecting fruit and treasure to add to their overall score. You’re given ten minuets to gather as much as you could while exploring the world around you. One of the best features of Pikmin 3 is the ability to multitask. Looking at the Wii U gamepad, you’re given an over world map allowing you to send other main characters or yourself to certain objectives. These objectives may consist of collecting more fruit, attacking enemies or exploring the area. 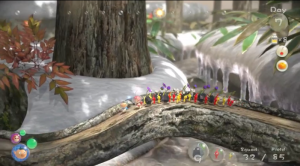 Gamers who have played the Pikmin Wii port will feel right at home with the controls as Pikmin 3 can be played by using the Wii Remote and Nunchuck. Sadly, there was no demo on the show floor featuring gameplay using just the Wii U gamepad. But this in no way made the demo un-enjoyable. I still found great use with the Wii Remote and Nunchuck as the overall mechanics felt comfortable and easy to pick up. 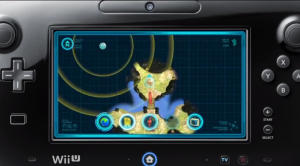 There are some areas that can only be explored by certain Pikmin. I’m sure you’ve seen the trailers of each Pikmin and what they can do, but lets do a quick re-cap. Red Pikmin can withstand fire, Blue Pikmin can survive underwater, Yellow Pikmin can be thrown at higher grounds, White Pikmin can poison enemies and Indigo Pikmin can carry objects easier than the average Pikmin. There are two newcomers to the Pikmin world as well. These two new Pikmin are the Rock Pikmin who can break glass walls and Pink Pikmin that can fly over water and carry objects through the air. With this many Pikmin in the mix, you can be sure that there will be a lot of planning and obstacles to overcome as you explore the world.

These missions could also be played with a second player for some co-op action. I got a chance to play a few rounds with one of our other writers Alex and boy did we have a blast! We both communicated and coordinated where the other one would be going gathering as much treasure as well could in the allotted time. There was a high replay value in co-op mode as reaching a hi-score felt rewarding and at the end of said mission, we dove back in to beat our previous score.

Another multiplayer feature is the bingo battle. This competitive game puts you against a friend as you try to collect items on your bingo board to create four in a row. For example: I could have one diagonal line that can be completed with an apple, a strawberry, lemon or perhaps a specific enemy. This can lead up to some heated competition as you will find yourself and player two fighting over the same object. In the end, it’s a great multiplayer that mixes up the exploration objective. 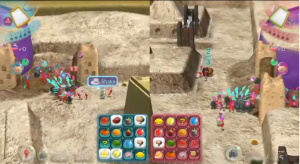 Pikmin 3 is set to release August 4th for the Wii U.